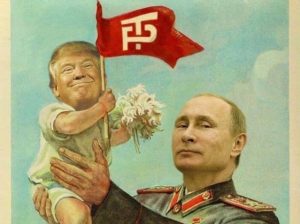 It was Hillary all along. The indictment by Special Counsel John Durham of Igor Danchenko for lying to the FBI demonstrates conclusively the Steele dossier was wholly untrue. Clinton paid for the dossier to be created and Clinton people supplied the fodder. Steele, working with journalists, pushed the dossier into the hands of the FBI to try to derail the Trump campaign. When that failed, the dossier was used to attack the elected president of the United States. The whole thing was the actual and moral equivalent of a Cold War op where someone was targeted by the FBI with fake photos of them in bed with a prostitute.

Start with a quick review of what Durham uncovered about the most destructive political assassination since Kennedy.

Christopher Steele, paid by the Clinton campaign (after Clinton’s denial, it took a year for congressional investigators to uncover the dossier was commissioned by the opposition research firm Fusion GPS, working for the Democratic Party and Hillary Clinton’s campaign, paid through the Perkins-Coie law firm) did no investigative work. Instead, his reputation as a former British intelligence officer was purchased to validate a dossier of lies and then to traffic those lies to the FBI and journalists.

Durham’s investigation confirms one of Steele’s key “sources” is the now-arrested Danchenko, a Russian émigré living in the U.S. Steele was introduced to the Russian by Fiona Hill, then of the Brookings Institute (Hill would go on to play a key role in the Ukraine impeachment scam.) Danchenko completely made up most of what he told Steele about Trump-Russian collusion. What he did not make up himself he was spoon fed by Charles Dolan, a long-time Clinton hack and campaign regular. Ironically, Dolan had close ties not only to the Clintons but to the Russians as well; he and the public relations firm where he worked represented the Russian government and were registered as foreign agents for Russia. Dolan is credited with, among other things, making up the pee tape episode. Dolan also fed bogus info to Olga Galkina, another Russian who passed the information to Danchenko for inclusion in the dossier. Galkina noted in e-mails she was expecting Dolan to get her a job in the Hillary administration. Steele, a life-long Russia and intelligence expert, never questioned or verified anything he was told.

In short: Clinton pays for the dossier, Steele fills it with lies fed to him by a Clinton PR stooge through Russian cutouts, and the FBI swallowed the whole story. There never was a Russiagate. The only campaign which colluded with Russia was Clinton’s. And Democrats, knowing this, actually had the guts to claim it was Trump who obstructed justice.

7 thoughts on “Russiagate: Proof It Was Hillary All Along”