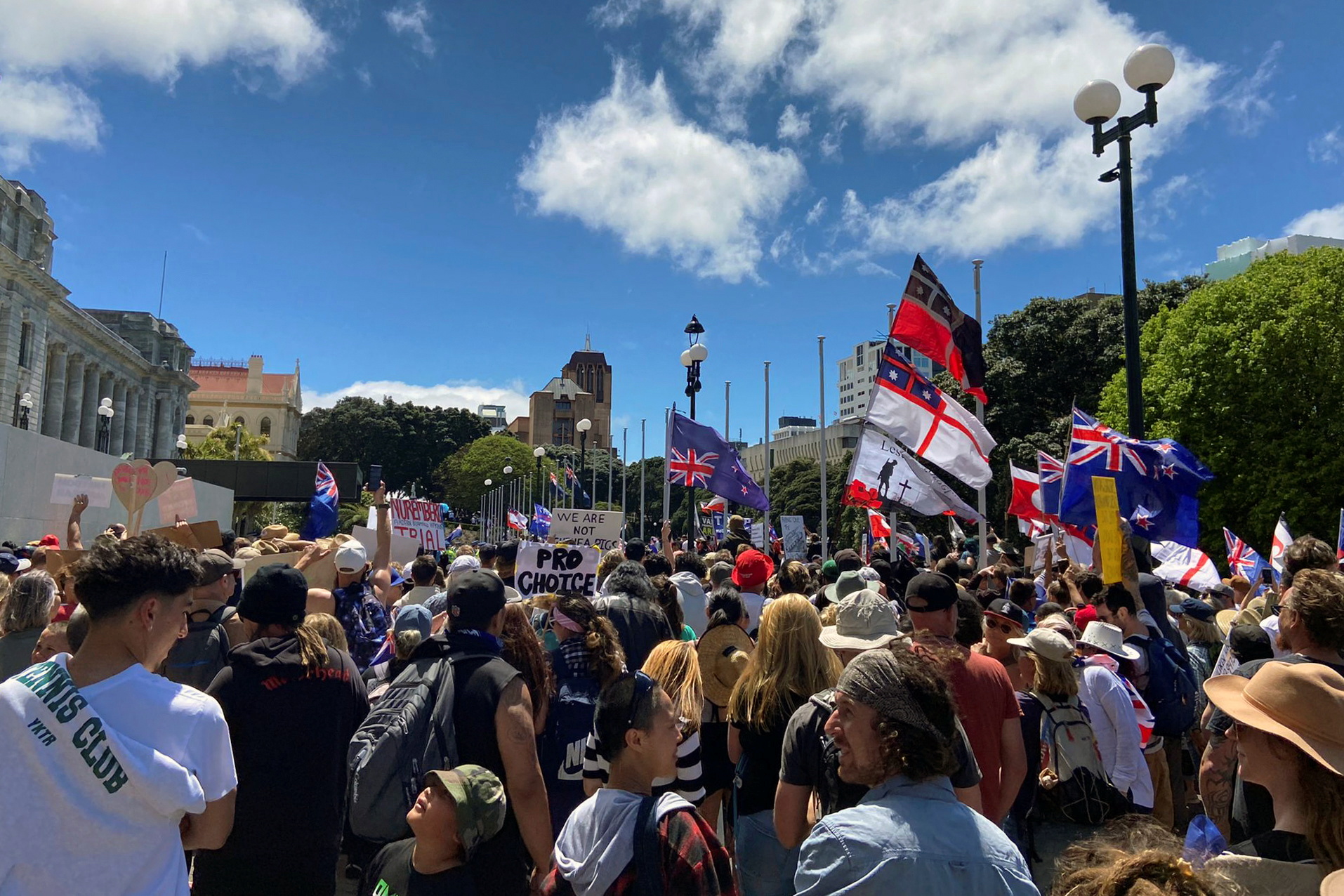 By Praveen Menon and Shashwat Awasthi

WELLINGTON, Nov 9 (Reuters) – New Zealand beefed up security measures at its parliament on Tuesday as thousands of people gathered to protest against COVID-19 vaccine mandates and government lockdowns aimed at controlling the pandemic.

All but two entrances to the parliament building, known as the Beehive, were closed off in unprecedented security measures, as mostly unmasked protesters marched through central Wellington and congregated outside parliament.

While the demonstration was peaceful, many people were seen holding signs and placards with messages like “Freedom” and “Kiwis are not lab rats” and shouting slogans as they demanded the government roll back compulsory vaccination and lift restrictions.

Placards showing support to former U.S. President Donald Trump and slamming the media as “fake” and lying were also displayed.

“I will not be coerced and I will not be forced into taking something I don’t want in my body,” a protester said outside parliament.

New Zealand has struggled to fight off a highly infectious outbreak of the Delta variant this year, forcing Prime Minister Jacinda Ardern to move from its strategy of elimination through lockdowns to living with the virus with higher vaccinations. 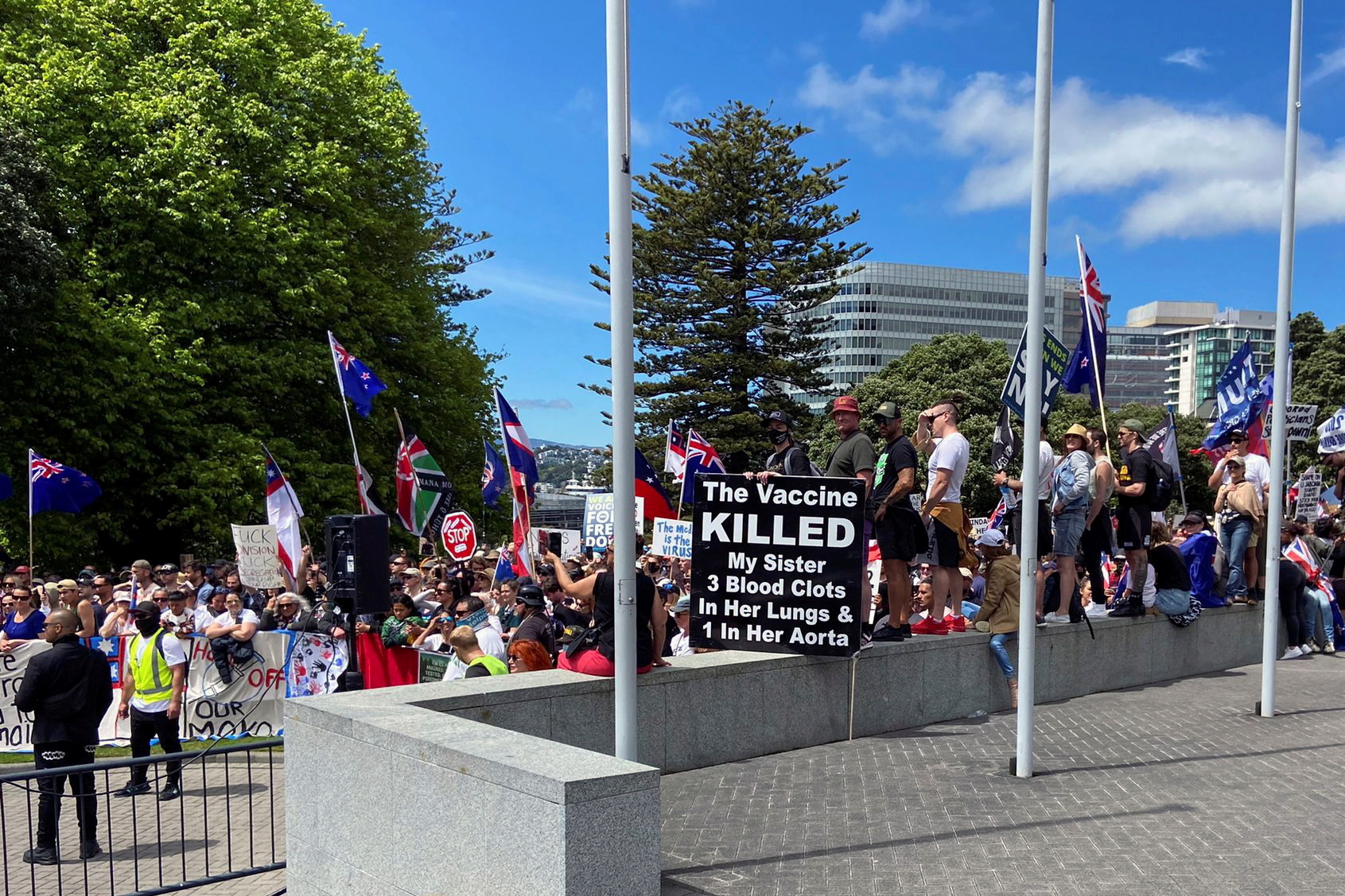 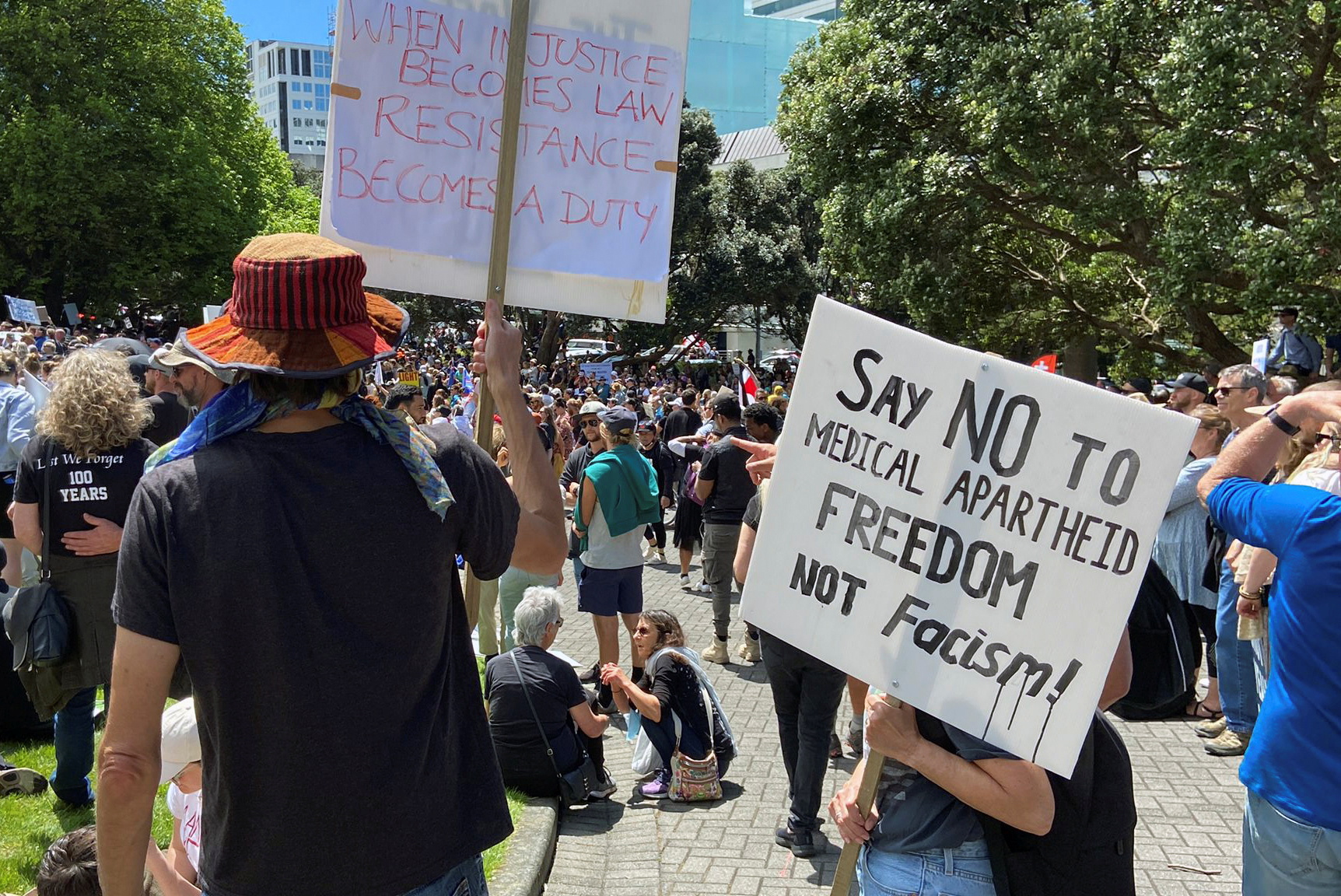 Ardern last month said the country would require teachers and workers in the health and disability sectors to be fully vaccinated against COVID-19, inviting criticism from people calling for more freedoms and for ending mandatory vaccine requirements.

“Treat us like people!” another protester exclaimed when asked about the government’s stance on mandating the vaccine.

“I’m here for freedom. The government, what they’re doing, is anti-freedom.”

Speaking to reporters inside parliament, Ardern said: “What we saw today was not representative of the vast bulk of New Zealanders.”

But the prime minister has been facing growing political pressure and public protests to ease pandemic measures ahead of the Christmas holidays.

She plans to travel to Auckland on Wednesday when the lockdown measures enforced on the city nearly three months ago eases. She is expected to face more protests during her visit.