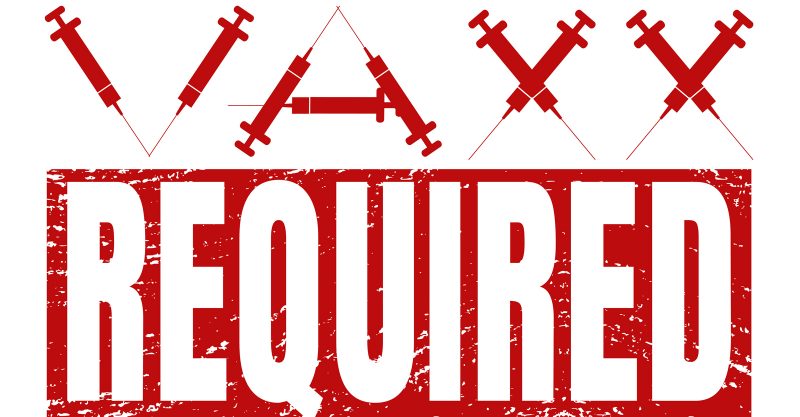 Is the sabotage of air travel, high-quality healthcare, first-responder capability and other core services, by vaccine mandates, an intentional step designed to further weaken Americans’ resilience and expand authoritarian controls?

The widespread hemorrhaging of experienced public- and private-sector employees — a “man-made disaster of historic proportions,” according to former U.S. Rep. Ron Paul — is hollowing out some of the most important public-facing professions in the country.

Although many factors are at play, COVID vaccine mandates are a significant contributor, with employers refusing to honor the option to refuse Emergency Use Authorization COVID vaccines that the U.S. Food and Drug Administration (FDA) supposedly guaranteed.

The result has been the threatened or actual mass firing and resignation of thousands of unvaccinated workers in critical sectors like healthcare, policing, firefighting, education and aviation, with skilled and experienced workers prepared to “leave if that’s what it comes to” rather than take the risky shots.

Even though these departures are “drastically overwhelming employers’ ability to replace them,” many of the politicians and corporate executives pushing the mandates seem weirdly at ease with their policy.

This complacency begs the question: Is the sabotage of air travel, high-quality healthcare, first-responder capability and other core services an intentional step designed to further weaken Americans’ resilience and expand authoritarian controls?

In one of the most widely publicized recent examples of workforce havoc, Southwest Airlines had to ground 35% of its scheduled flights this past holiday weekend, less than a week after the carrier mandated COVID vaccines for all employees.

The airline’s feeble explanation — bad weather and other problems — left many stranded passengers “confounded … because weather was clear over most of the country, particularly near airports that had lots of delays and cancellations.”

As Paul wryly noted, “the weather problems that Southwest claims to be experiencing seem unique to that carrier.”

In “methinks they doth protest too much” fashion, the airline, the pilots union and the Federal Aviation Administration (FAA) are telling the public that the flight upheaval had nothing to do with employee ire over the vaccine edict.

However, one news report indicated that on the Friday in question, only three of 35 pilots showed up for work at Southwest’s Jacksonville hub, suggesting the pilots — at least 50% of whom are unvaccinated — are “drawing a line in the sand.”

The Southwest Airlines Pilots Association has gone so far as to criticize the company’s mandate as a “bad move,” stating pilot fatigue is already at triple its historic levels, with flights “operating at a higher than normal operational risk.”

Seeking to reassure its employees, Southwest CEO Gary Kelly told ABC News in an interview after the travel kerfuffle, “we’re not going to fire any employees over this [vaccine mandates].” Kelly said Southwest would urge unvaccinated employees to “seek an accommodation.”

Commercial airline executives and pilots would be well-advised to read the affidavit submitted in late September by Lt. Col. Colonel Theresa Long, M.D., brigade surgeon for the 1st Aviation Brigade in Ft. Rucker, Alabama. Long is “responsible for certifying the health, mental and physical ability and readiness for … nearly 4,000 individuals on flight status.”

The affidavit highlights serious concerns about vaccinated pilots’ fitness for duty in light of myocarditis and other cardiac risks linked to COVID injections — problems that potentially could cause pilots to die in mid-flight.

Military aviators, Long points out, must meet “the most stringent medical standards” in the entire military to be eligible for flight status. In the private sector, heart problems can cause pilots to lose their commercial airline license.

In Long’s view, it is highly likely that “all persons who have received a COVID-19 Vaccine are damaged in their cardiovascular system in an irreparable and irrevocable manner.”

Noting that she has ascertained development of “significant and aggressive systemic health issues” in multiple flight crew members within 48 hours of vaccination, Long described one particularly alarming case:

“I personally observed the most physically fit female soldier I have seen in over 20 years in the Army, go from collegiate-level athlete training for Ranger School, to being physically debilitated with cardiac problems, newly diagnosed pituitary brain tumor [and] thyroid dysfunction within weeks of getting vaccinated.”

Other military physician-colleagues, Long said, are also reporting “firsthand experience with a significant increase in the number of young soldiers with migraines, menstrual irregularities, cancer, suspected myocarditis and reporting cardiac symptoms after vaccination.”

1 thought on “COVID Vaccine Mandates Are Killing Aviation, Healthcare, Other Critical Services. Is It Intentional?”