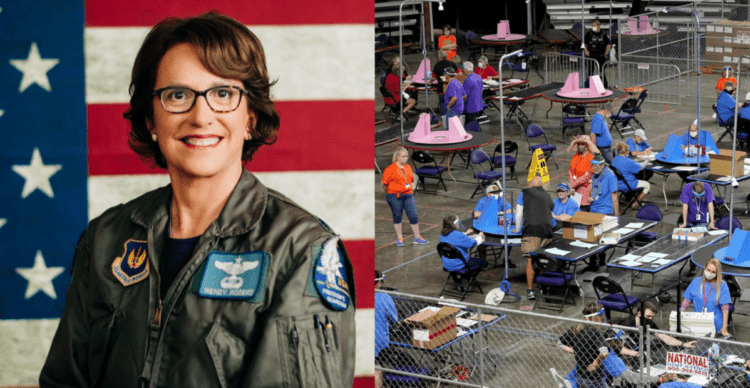 138 legislators from 38 states across America have signed what Arizona Wendy Rogers called the “new Declaration of Independence,” calling for a 50-state wide audit, decertification where appropriate, and potential convening of the US House of Representatives.

Rogers, who revealed the updated figure on Twitter Friday, introduced the letter at the end of the Arizona Audit hearing. In the letter, Rogers and the signatories call for states to audit their 2020 election results and decertify them where appropriate, and floats the possibility of a convening of the United States House of Representatives to reexamine the results of the last election.

BREAKING: 138 Legislators from 38 States Write a Letter to the American People Calling for a 50-State Audit, Decertification Where Appropriate, and Possible Convening of the US House of Representatives pic.twitter.com/ksv1OiEW9C

BREAKING: Sen. Wendy Rogers unveils letter signed by 41 state legislators from across the country calling for forensic audits in each state, and urging their states to decertify the 2020 election if their audit results mirror those in Arizona. pic.twitter.com/Fd7mytHLX5