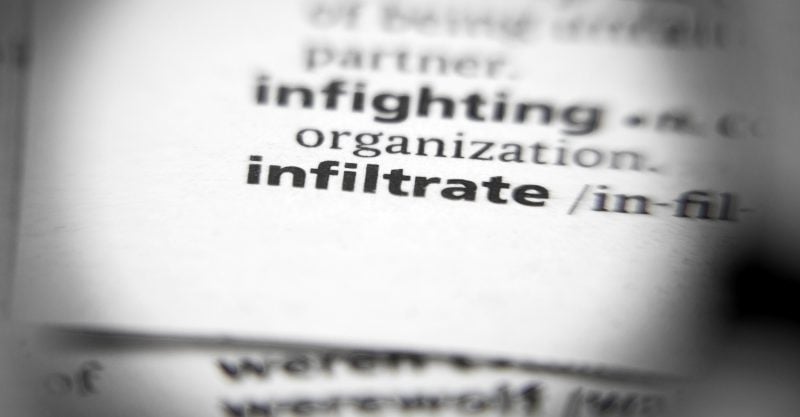 Whether or not Mahatma Gandhi actually said the above words, they’re an astute observation on the birth of meaningful change.

As history repeats itself, both tragically and triumphantly, the health freedom movement now finds itself at phase III. With each new study and Freedom of Information Act document release, it becomes increasingly clear that those who were initially dismissed as “conspiracy theorists” were simply bearers of inconvenient truth.

Now Big Pharma and the medical establishment are fighting hard to prop up a narrative that is rapidly crumbling.

And they are not fighting fair.

As health freedom advocates have organized and gathered in more than 180 countries around the world, Children’s Health Defense has been alerted to numerous instances of infiltrators finding their way into health freedom groups and preying on the best intentions of participating advocates, collecting and sharing private information and attempting to sabotage plans for peaceful demonstrations.

The Citizens’ Commission to Safeguard Freedom has released a report which lays out detailed evidence of disruptive infiltrators who introduce top-down organizational structures that limit discourse and push well-intentioned groups towards right-wing extremism.

According to the “The Themis Report: Anatomy of Infiltration in the Grassroots Health Freedom Movement”:

“Health freedom organizers from New York to California have become aware that there are repeated attempts to infiltrate and hijack existing authentic grassroots movements to steer them into unproductive or even destructive channels. It is essential for all health freedom activists to realize that this is indeed a real part of the struggle in which they are involved and must be taken into account with an alert eye.”

The report goes on to warn that “government and powerful allied forces” are working overtime to brand the heterogenous health freedom movement as a “monolithic right-wing group so that they can officially classify us as ‘extremists,’ if not ‘domestic terrorists.’”

According to the report, disruptors appear to heavily target the social media platform, Telegram. Among identified disruptors are individuals named “Harry” and “Gina,” both of whom were administrators for a decoy Telegram group, WorldWideUSA.

The group, which drew members from the authentic and decentralized grassroots group, World Wide Demonstration, had been organizing health freedom demonstrations in major cities throughout the world.

The report also identifies other potentially compromised Telegram offshoot groups and channels, including:

While the platforms and methods may vary, this coordinated sabotage is nothing new. But health freedom advocates need not be discouraged — these efforts are further evidence that we are winning, and that we are a formidable threat to a corrupt and broken system that can no longer conceal its failures.

Still, it makes sense to be informed and aware of the potential threats to the safety and integrity of the health freedom movement. Effective activism requires constant introspection and revisiting of values and goals.

Historically, this movement is a diverse and bipartisan one that embraces curiosity and makes room for a spectrum of ideas.