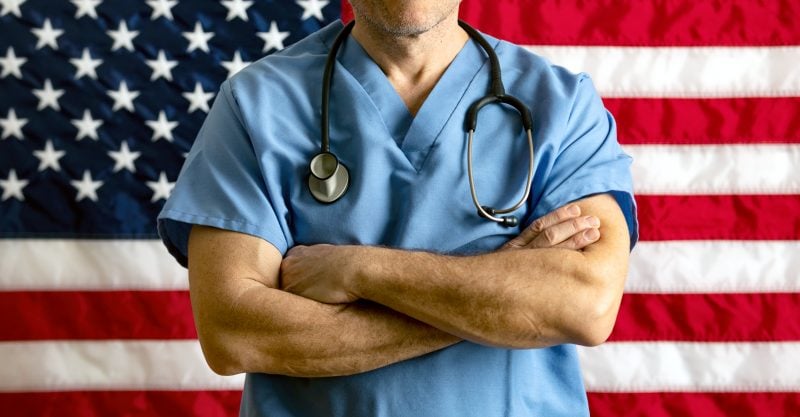 Three U.S. medical certifying boards have warned doctors they risk losing their certification and license if they spread COVID vaccine misinformation, but the boards offered no clear definition of “misinformation.”

Three U.S. medical certifying boards have warned doctors that they risk losing their certification and license if they spread COVID vaccine misinformation.

Internists, family doctors and pediatricians received an email on Sept. 9 that quoted a warning from the Federation of State Medical Boards in July which read:

“Providing misinformation about the COVID-19 vaccine contradicts physicians’ ethical and professional responsibilities, and therefore may subject a physician to disciplinary actions, including suspension or revocation of their medical licence.”

Richard Baron, president and chief executive of the American Board of Internal Medicine (ABIM), told The BMJ that the move was an attempt to establish a standard of care.

“As standard setting organizations, we thought it was important to be on record, in a public way, to make clear that putting out flagrant misinformation is unethical and dangerous during a pandemic.” Baron said that the statement has been well received — “4 to 1 positive.”

But community physicians contacted by The BMJ thought differently.

“When I got that email I thought I’d better not put anything on social media about vaccines,” said Shveta Raju, a community physician in the Atlanta, Georgia, area, who has treated COVID patients and led the vaccination effort at her outpatient clinic.

“The email was sent more as a veiled threat to keep doctors on the official, established narrative, and that’s what I find chilling,” said a pediatrician who pseudonymously blogs under the name Elizabeth Bennett.

Baron said that the statement was also intended to signal the certifying boards’ support for physicians “trying to do the right thing.”

“We wanted to support that group and say ‘hey, we do have a standard of care here and you are doing the right thing when you uphold it,’” he said.

Raju responded, “If that was their intent, they should have defined misinformation. By leaving it undefined, the message was that we can’t talk about this at all.” She said that physicians are, by and large, a conservative group. “If they’re not sure what can be deemed misinformation, physicians would rather be quiet.”

Bennett concurred: “The thing I find most alarming is that they don’t define misinformation, but if they strip you of your board certification, you would lose your means of earning a living.”

In Canada, warnings about physician information began earlier, when in April the College of Physicians and Surgeons of Ontario declared that physicians “have a professional responsibility not to communicate anti-vaccine, anti-masking, anti-distancing, and anti-lockdown statements or promote unsupported, unproven treatments for COVID-19.”

The Canadian statement triggered an outcry, leading to a clarification that the statement was “not intended to stifle a healthy public debate about how best to address aspects of the pandemic.”

But concerns continued. In June, a Canadian member of parliament held a press conference on censorship of Canadian clinicians and scientists. YouTube removed the video of the meeting.

The medical boards opted to send the statement to all doctors, he said, because focusing on just the offending individuals would “miss the impact they’re having because of how much their voices are being amplified.”

As an example of “unprofessional or unethical behaviour,” Baron cited the case of a Florida doctor offering medical exemptions from mask wearing for $50 (£37; €43).

The BMJ asked whether physicians expressing doubt about the need for booster doses or vaccination of patients with natural immunity — two matters that have been the subject of debate and changing official guidance — would qualify as misinformation.

“I don’t think we have concerns with doctors wrestling with areas where the science is unclear,” Baron said, “but there is no debate about whether people should get a primary vaccination series.”

Raju worries about the impact on personalized care. “The job of physicians is to take guidelines and apply them to the patient in front of them.” But now “physicians are basically being told that when it comes to COVID vaccines it’s one-size-fits-all.”