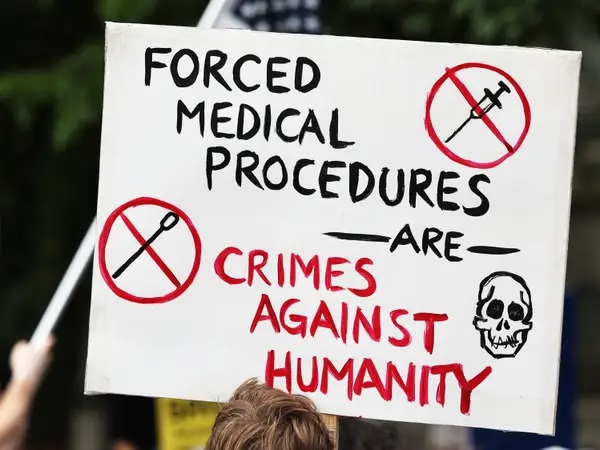 All it takes is one free place to change the dynamic between the public and an authoritarian regime. Just one.

This week has been an extremely busy news cycle and there is a lot to cover, so along with my normal weekly analysis on one major topic, I am going to start writing shorter synopsis articles on developing news items happening in real time. I think everyone has noticed a marked and aggressive shift in the vaccine passport agenda being railroaded into existence by the Biden Administration and governments around the world. Remember when they all said that they were never going to demand forced vaccinations and that the passports were a “conspiracy theory”? Well guess what? We “conspiracy theorists” were right yet again.

It used to be that we would predict a particular agenda or event and it would take a couple years to unfold. These days we make predictions and all it takes is a few weeks or a few months for them to happen. This suggests to me that the establishment and the globalists are on a specific timeline and that for whatever reason they MUST get 100% vaccination and the passports in place soon. I believe we have less than a year left before we see them attempt full bore medical tyranny in the US on a scale similar to what is happening right now in Australia, or perhaps worse.

I continue to suspect that the reason for this sudden dive into totalitarianism is because there is something wrong with the vaccines themselves and if there are tens of millions or hundreds of millions of unvaccinated people left, then these people will act as a control group. That is to say, they will act as proof that the vaccines are not safe if things go awry. The establishment can’t allow that.

As I have noted in past articles, the average vaccine is tested for 10-15 YEARS before it is released for use on human beings. This is to ensure that there are no damaging health side effects that might not become visible until months or years after the initial jab. A particular danger is the development of autoimmune disorders and infertility associated with mRNA and spike protein technology. These debilitating ailments might not be noticed for a couple of years after a population has been given the experimental vax. It has already been about a year since the covid vaccines were introduced by emergency authorization, so time is running short for the globalists.

The bottom line is, there has been ZERO long term testing of the covid mRNA vaccines. At least none that has ever been revealed to the public. There is NO SCIENTIFIC EVIDENCE that the covid vaccines are safe in the long term, they were developed and released within months of the covid outbreak. Yet, the establishment seems hell bent on forcing 100% of people to take these untested vaccines against their better judgment. It has been almost a century since we last saw government tyranny on this level, but this time it is almost all governments around the world acting in unison to implement mass controls on the public, instead of just a handful of nations.

The Biden Administration and its corporate partners are now implementing a blitzkrieg against the American citizenry. Biden’s vaccine executive orders are creating a culture of “paper’s please” fascism among larger businesses and Big Box retailers. He has recently announced that part of the mandates will include fines against businesses that refuse to enforce proof of vaccination on their employees. These fines will range from $70,000 to $700,000, which could destroy a medium sized company if they actually had to pay.

Medical personnel, primarily in leftist blue states, are now being fired from their positions because they have refused to comply with the vax. This is leaving massive gaps in medical response in places like New York. The unelected governor of New York, Kathy Hochul, claims she has the right to give herself dictatorial powers through executive order, and that these powers include deploying National Guard troops to take over medical duties. If you are familiar with the sordid history of VA hospitals, then you know that you do not want around 90% of military doctors operating on you in any capacity.