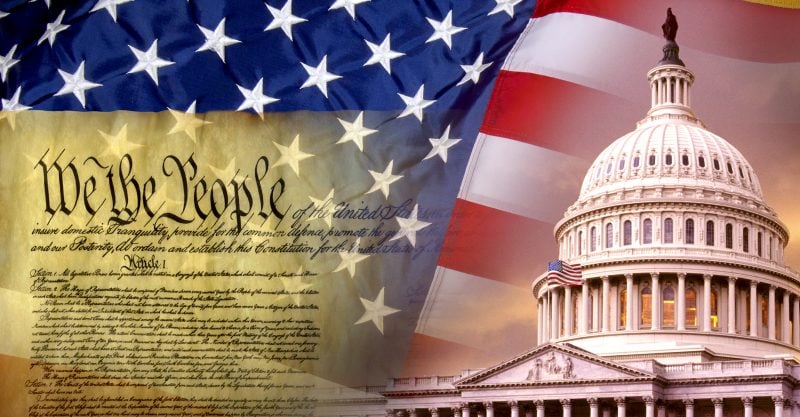 Backlash against Biden’s sweeping COVID vaccine mandate has been swift, and experts say the mandate is unlikely to hold up in court.

Sept. 9, in a sweeping executive order, president Joe Biden mandated all U.S. companies with 100 or more employees to require COVID vaccination or weekly testing, or face federal fines of up to $14,000 per violation. Biden also ordered businesses to give time off to employees to receive the injections.

Biden is also requiring all federal employees and federal contractors to get the shots. For unspecified reasons, postal workers and members of Congress and their staff are exempt from the vaccine mandate.

Biden did not make any exceptions for persons who have already had COVID and recovered, and therefore have antibodies to the virus.

He also said he’d use his “power as president” against any governor unwilling to follow the order “to get them out of the way.” Biden may be biting off more than he can chew, however, because as of Sept. 11, 2021, 28 states were already pushing back against federal vaccine mandates.

Many states vow to fight back unconstitutional mandate

The backlash was swift. The Republican National Committee quickly announced they would sue the Biden administration for issuing an “unconstitutional mandate.” GOP Chairwoman Ronna McDaniel issued a statement:

“Joe Biden told Americans when he was elected that he would not impose vaccine mandates. He lied. Now small businesses, workers, and families across the country will pay the price.

“Like many Americans, I am pro-vaccine and anti-mandate. Many small businesses and workers do not have the money or legal resources to fight Biden’s unconstitutional actions and authoritarian decrees, but when his decree goes into effect, the RNC will sue the administration to protect Americans and their liberties.”

“President Biden is so desperate to distract from his shameful, incompetent Afghanistan exit that he is saying crazy things and pushing constitutionally flawed executive orders.

“This is a cynical attempt to pick a fight and distract from the President’s morally disgraceful decision to leave Americans behind Taliban lines on the 20th anniversary of 9/11. This isn’t how you beat COVID, but it is how you run a distraction campaign — it’s gross and the American people shouldn’t fall for it.”

“South Dakota will stand up to defend freedom @JoeBiden see you in court,” and “My legal team is standing by ready to file our lawsuit the minute Joe Biden files his unconstitutional rule. This gross example of federal intrusion will not stand.”

“This is exactly the kind of big government overreach we have tried so hard to prevent in Arizona — now the Biden-Harris administration is hammering down on private businesses and individual freedoms in an unprecedented and dangerous way. This will never stand up in court.

“This dictatorial approach is wrong, un-American and will do far more harm than good. How many workers will be displaced? How many kids kept out of classrooms? How many businesses fined? The vaccine is and should be a choice. We must and will push back.”

In Florida, Gov. Ron DeSantis countered Biden’s edict with one of his own. Any local government that makes COVID vaccination a requirement for employment will be fined $5,000 per violation.

2 thoughts on “Biden’s Vaccine Mandate — Who’s Fighting Back, and How?”