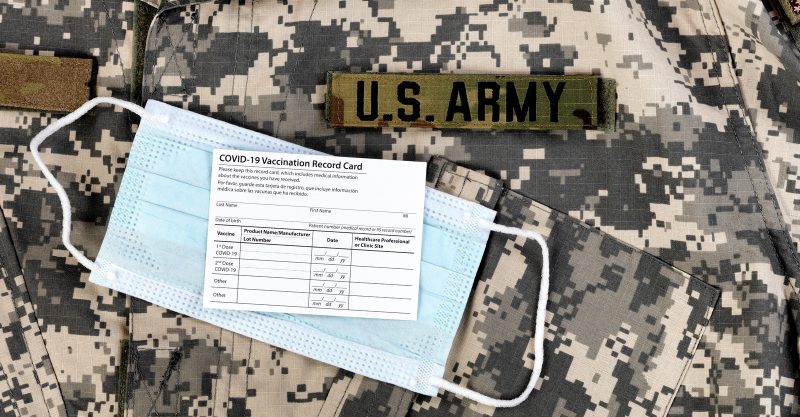 The motion, filed Sept. 18, is part of a lawsuit filed last month by Children’s Health Defense against the U.S. Food and Drug Administration’s approval of Pfizer’s Comirnaty Vaccine.

On Sept. 17, Children’s Health Defense (CHD) filed an amended motion to stay as a follow up to its lawsuit, filed Aug. 31, against the U.S. Food and Drug Administration (FDA) for simultaneously approving and authorizing Pfizer’s COVID-19 vaccine in a classic “bait and switch.”

The FDA’s action created mass confusion, disorder and deception regarding the differences between the two Pfizer vaccines.

The FDA approval purportedly allowed the U.S. Military, the Biden administration and other U.S. companies to exhort people to take “licensed” vaccines when in fact the vaccines routinely available and being administered in the U.S. continue to be the Pfizer-BioNTech Emergency Use Authorization (EUA) vaccines.

“The FDA’s deceitful scheme dupes unsuspecting military members as well as much of America into believing they are receiving a vaccine with certain legal protections that are not available to EUA vaccines,” said Mary Holland, CHD president and general counsel.

“The FDA’s illegal approval of the Pfizer COVID-19 vaccine has helped the U.S. Department of Defense justify strict COVID-19 vaccine mandates that have resulted in U.S. military members being threatened with harsh consequences for refusing to receive the EUA-Pfizer vaccine.”

Holland said that in the memorandum filed Sept. 18, to accompany the amended motion to stay, “Plaintiffs detail with striking clarity the impact the FDA’s scheme has on our men and women in uniform. This would not have existed without the FDA’s unlawful actions.”

The 16 exhibits to the memorandum include declarations from 14 military service members, who are also members of CHD. According to Holland, the declarations are illustrative of the coercion men and women of different branches of the service face.

“These 14 men and women, ranging in rank from enlisted men and women to senior officers, put their careers at risk to submit their declarations,” Holland said.

The declarations were selected from more than 100 submissions CHD received over a two-day period. The declarations detail each service member’s documented concerns regarding the safety and efficacy of unlicensed vaccines.

“Their careers should not be ended simply because they exercise their rights under federal law,” said Ray Flores, one of the attorneys in the lawsuit. “Even though these service members have a lawful right to refuse the available vaccines, which are overwhelmingly EUA, they risk irreparable harm to their careers, education, property and civil liberties, including dishonorable discharge, demotion, an end to their VA benefits, pensions and medical insurance. As many are sole breadwinners, their families also suffer,” Flores said.

The servicemen and women who sought religious, medical and serological exemptions report their commanders have already told them all exemptions will be denied.

An existing military regulation includes the following as basis for natural, acquired immunity exemptions: “Evidence of immunity based on serologic tests, documented infection, or similar circumstances.” [AR 40-562 Ch. 2-6a. (1)(b).]

More than half of the declarations demonstrate the service member has already acquired natural immunity to COVID. As with the rest of the population facing mandates, natural immunity is not being taken into account.