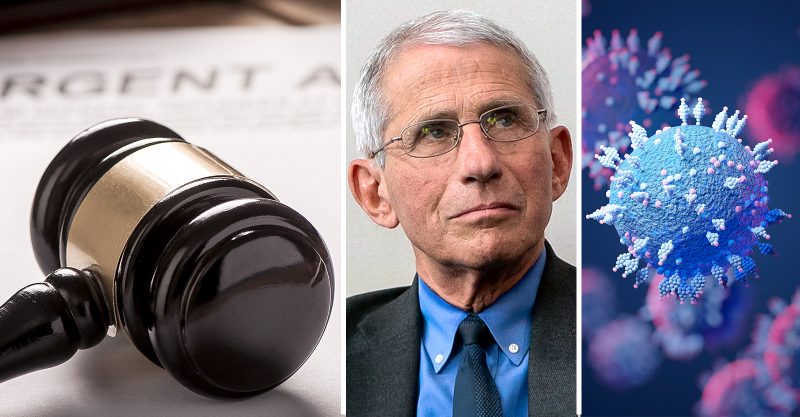 Tell President Biden and your U.S. senators and representatives to support Sen. Paul’s call for the U.S. Department of Justice (DOJ) to investigate Fauci.

In May, Fauci testified in front of Congress that the U.S. “has not ever, and does not now fund gain-of-function research in the Wuhan Institute of Virology.”

The Intercept obtained more than 900 pages of federal documents detailing U.S.-funded research on coronaviruses at the Wuhan Institute of Virology.

According to Gary Ruskin, executive director of U.S. Right to Know, “This is a road map to the high-risk research that could have led to the current pandemic.”

Documents show NIAID provided more than $3.1 million for bat coronavirus research to the EcoHealth Alliance, a New York-based nonprofit headed by Peter Daszak, including $599,000 to help the Wuhan Institute identify and modify bat coronaviruses to make them more pathogenic and more infectious to humans.

The grant proposal also clearly acknowledges potential dangers and risk of exposure associated with the types of experiments, proof that EcoHealth Alliance knew about the potential for the virus to escape and cause harm.

On Sept. 7, Sen. Paul Tweeted, “I have already asked the DOJ to review Fauci’s testimony for lying to Congress. This report should make it abundantly clear that he needs to be held accountable.”

I have already asked the DOJ to review Fauci’s testimony for lying to Congress. This report should make it abundantly clear that he needs to be held accountable.
https://t.co/PfuketQaWc