Several military families are claiming to have been affected by these COVID shots. They range from members in the earlier phases of their careers, to those retired.

This article will focus on six of them, two of which are deaths.

Brooke is an active duty military member who almost lost her life and her leg after her Pfizer shot, according to her parents. Her mother Rachel Gronbach and father Greg Gronbach have both posted on social media in regards to their daughter’s experience, and it sounds pretty traumatic. Brookes experience with her Pfizer shot, has changed the course of her life.

Brooke had her shot in December then developed blood clots in her lungs. She underwent emergency surgery, and was placed in ICU. The vascular surgeon initially thought her leg would need amputated due to one of the clots that was 3” and because it had been stuck for several hours.

Brooke has undergone seven surgeries since January and has at least one or two more to go. She will be on blood thinners for the rest of her life. According to Brookes mother, Brooke’s military career is over. 2021 has been quite a setback for this once healthy 23 year old woman. 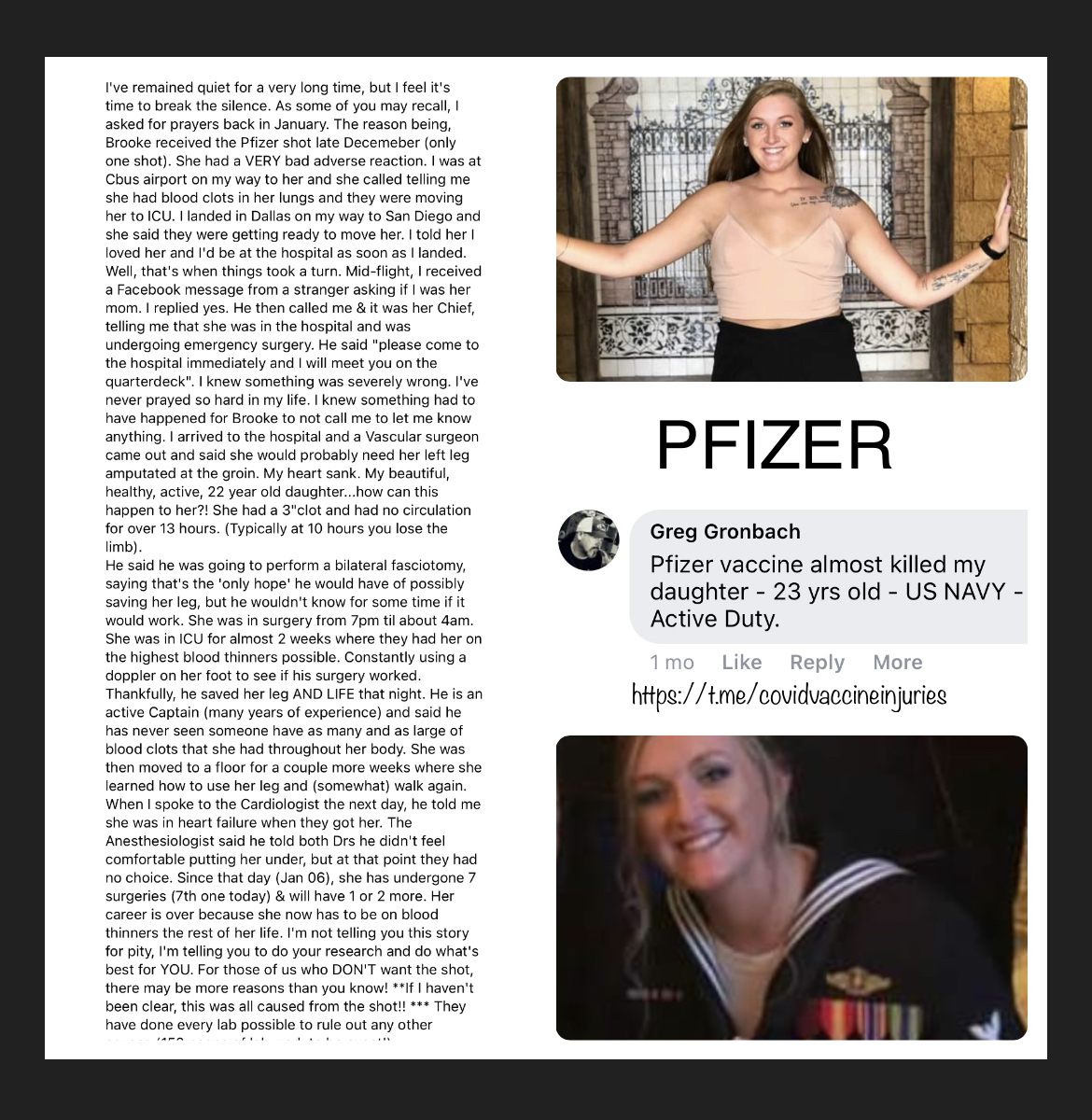 Brooke is not alone in regards to active duty military members having issues after their covid shots. Noah has been having issues for five months according to his mother Debbie Jones. His issues began four days after his shot. After many tests it was determined that he had a narrowing of his intestines.

Noah’s current health condition as of today, is unknown. 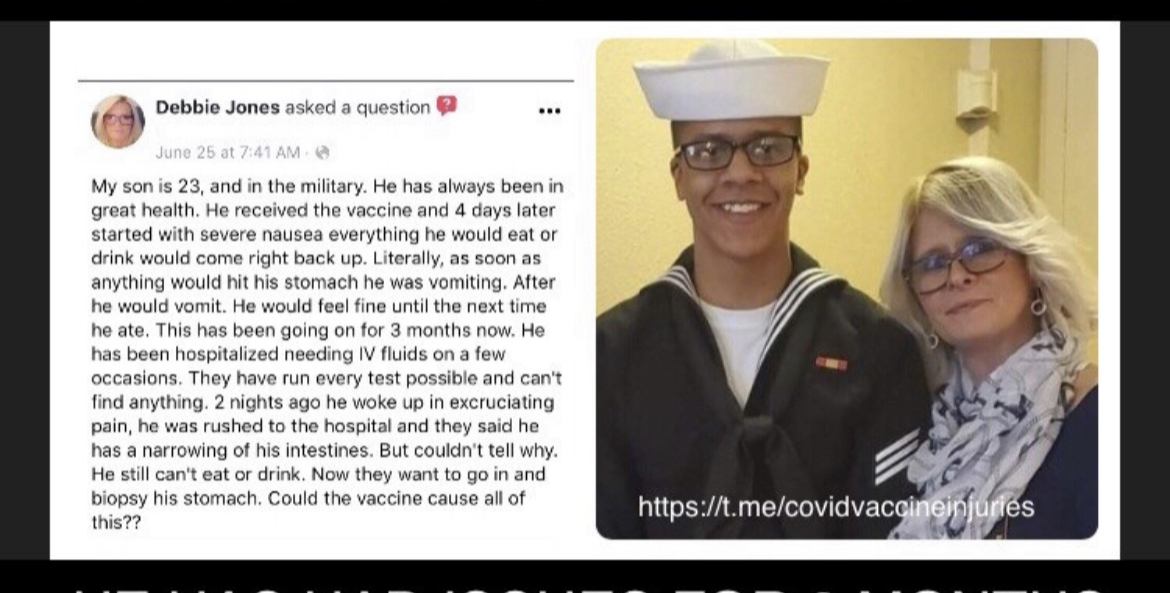 Tonia Boyer posted that her husband DJ Boyer, recently had a Johnson & Johnson shot. While deployed, DJ began having heart issues. He was placed in the medical section of his ship while waiting to get to a hospital.

According to Tonia, DJ couldn’t even stand up without his heart flatlining. The Navy is of course saying it is unrelated, however, Tonia is correct in questioning the sudden change in her husband’s health.

DJ’s current health status as of today, is unknown. 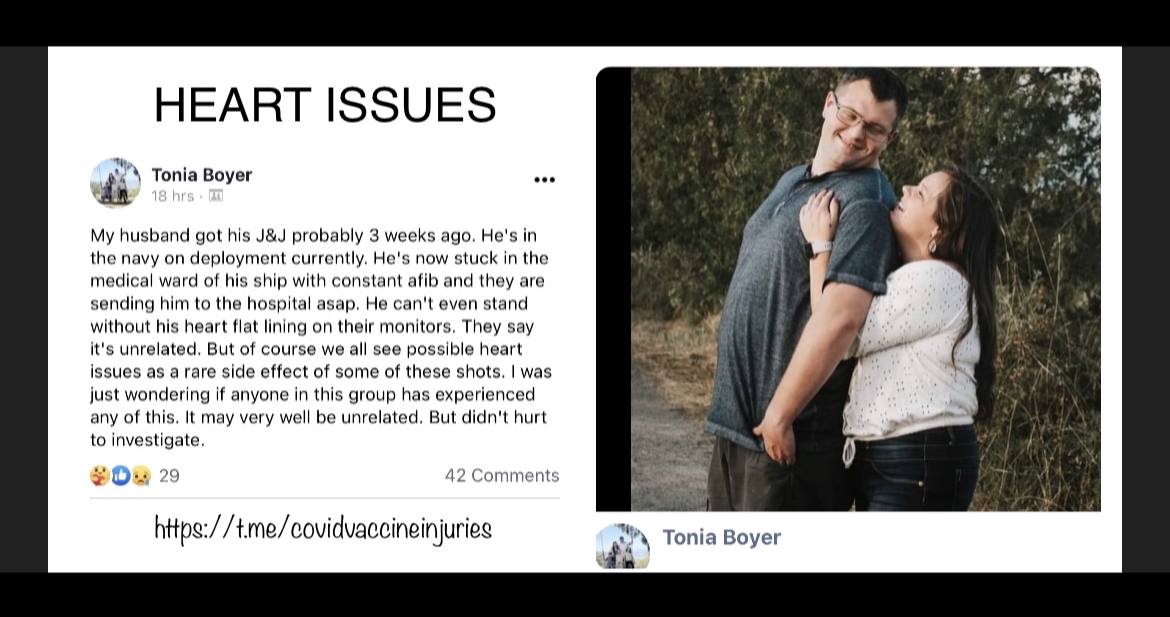