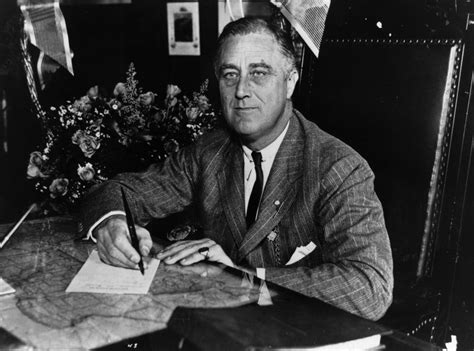 Episode 18 What Did Roosvelt’s New Deal Really Do?

In this lecture, Stoler argues that contrary to popular perception, Franklin Roosevelt was a wealthy, aristocratic conservative in the traditional European sense (see Who Were the First Populists ). Stoler claims he is falsely credited with ending the Great Depression (according to Stoler, World War II ended it). Stoler blames this failure on FDR’s unwillingess to incur debt (as recommended by British economist John Maynard Keynes) to stimulate the US economy. I disagree. In my view, FDR’s failure stemmed from his unwillingness to instruct the US Treasury to create money to spend into the economy (instead of borrowing it), as occurred in Canada and New Zealand.*

When Roosevelt was inaugurated on March 4, 1933, the US was experiencing the worst economic crisis in its history, with an unemployment rate of 25%. An estimated 40-60% of the US population earned below the marginal subsistence income of $2,000 a year. The day after his inauguration, Roosevelt shut all the banks, Wall Street and the Chicago Board of Trade – to prevent investors from collapsing them by withdrawing all their money.

He then called a special session of Congress to pass a banking bill (written by the banks), to cut World War I veterans benefits, to reduce federal salaries and to enact a new tax on beer and wine.

During their first six weeks in session, Congress passed seven major New Deal bills to create jobs and help pump money into the US economy and to better regulate Wall Street to better protect it against future financial crashes. These include the Agricultural Adjustment Act, the National Industrial Recovery Act (suspended US anti-trust laws to encourage price fixing and cartels and allowed for federal regulation of wages and prices), the Home Owners Loan Act, the Civilian Conservation Corps (creating 300,000 jobs for young men 17-28) and bills creating the Securities and Exchange Commission (to better regulate Wall Street), the Federal Deposit Insurance Corporation (which protects depositors’ saving if their bank fails) and the Tennessee Valley Authority (TVA).**

As a result of these measures, the US economy began to recover in 1934.

However in 1935, the recovery stalled as unemployment crept upward towards 1929 levels. In 1935-36, Roosevelt responded with the Second New Deal, which included legislation creating the Works Progress Administration (employing 8 million Americans – 1/3 of the jobless), Social Security and unemployment insurance, the National Labor Relations Board (guaranteeing US workers the right to collective bargaining), a rural electrical electrification program, as well as higher taxes on the weathy and greater regulator control over banks and utilities.

This new swathe of laws generated major claims from business that Roosevelt was a communist and socialist.*** Disturbed by these attacks, Roosevelt began to cut federal spending following his 1936 reelection. Around the same time, the Federal Reserve reduced the amount of money in circulation. These cutbacks totally wiped out the economic gains the US had made between 1933 and 1936, leading to a 33% drop in industrial production, a 35% drop in wages, a 13% drop in national income and an increase in unemployment to 18%.

The New Deal essentially ended in 1938 after 1) the Supreme Court declared it unconstitutional and 2) Roosevelt lost the support of Congress. The Depression would only end in 1941, as military production ramped up following US entry into World War II.

**The Tennessee Valley Authority is a federally owned corporation created by congressional charter on May 18, 1933, to provide navigation, flood control, electricity generation, fertilizer manufacturing, and economic development to the Tennessee Valley (a region disproportionately affected by the Depression).

****By increasing the reserves required for private banks to create new money.

The film can be view free at Kanopy

2 thoughts on “Did Roosevelt’s New Deal End the Great Depression?”