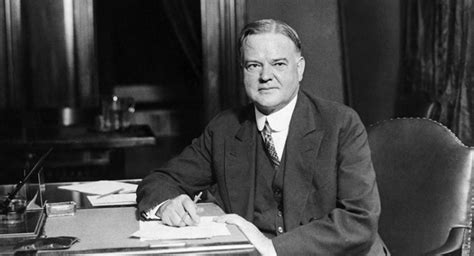 Episode 17 Hoover and the Great Depression

In this lecture, Stoler attempts to separate fact from mythology in evaluating the presidency of Herbert Hoover. The latter is commonly blamed for the deep economic depression Americans experienced during the 1930s.

I was very surprised to learn that prior to his election in 1928, Hoover was considered to be a progressive humanitarian, based on his work in international relief programs. As Secretary of Commerce in Woodrow Wilson’s Democratic administration, he embraced the progressive ideal of using business-government cooperation to abolish poverty. He first came to public attention for organizing food relief to Belgium during World War I and to Central and Western Europe following the war.

Stoler lists a number of economic causes for the Great Depression (aka The Banker-Engineered Deflationary Crisis of 1927-40), but fails to mention the most important: namely the deliberate contraction of the money supply by private banks.*.

Stoler enumerates a number of New Deal  programs started by Hoover but mistakenly credited to Roosevelt. These include the Reconstruction Finance Corporation. the Emergency Relief and Reconstruction Act (providing loans to states to help them create jobs), the Federal Farm Board (created to buy surplus crops from farmers) and the 1932 Glass-Steagall Banking Act. The latter allowed banks to offer commercial paper* and mortgage contracts as collateral on federal loans.

According to Stoler, Hoover’s biggest mistake was ordering the Army attack on the Bonus Army protest in Washington (see The US Government Assault on World War I Veterans and Their Families)

His second biggest mistake was his passage of the Smith-Hawley Act, which significantly reduced international trade through punitive tariffs.

Hoover’s policies, as would Roosevelt’s, would prove ineffective in ending the Great Depression. As Stoler points out in a later lecture on FDR, only US entry into World War I would end the Depression. Yet, owing to Roosevelt’s far greater political experience (the US presidency was Hoover’s first elected office), the former would be revered for failed New Deal policies – while the latter would be demonized.

*During the early 20th century, as now, private banks created the vast majority of the money in circulation. Carroll Quigley outlines their role in triggering the Great Depression in his masterpiece Tragedy and Hope. See The Real Vampires: An Insider’s View of Banks