While the withdrawal of U.S. troops and their NATO allies has been praised by some and heavily criticised by others, there is one thing seemingly everyone can agree on: the 20-year U.S.-led mission to defeat the Taliban has been an utter failure.

By Moon Of Alabama

#OTD July 3 1979: President Jimmy Carter signs a “presidential finding” authorizing the CIA to spend just over $500,000 on non-lethal aid to support the Afghan mujahideen against growing Soviet influence in the region. #coldwarhist

The ‘growing Soviet influence’ was the progressive PDPA government that ruled Afghanistan but did not do as Washington asked it to do. It was the U.S. ‘aid’ to rebels which forced the USSR to intervene. Everything that followed goes back to Carter’s signature. 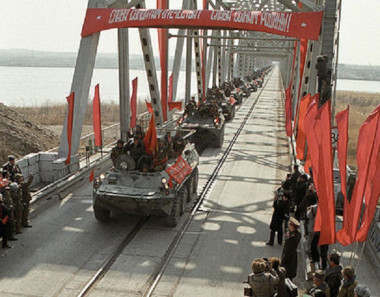 On February 15 1989 the process of withdrawing Soviet military forces from Afghanistan was officially declared complete.
bigger

2 thoughts on “On The U.S. Defeat In Afghanistan”