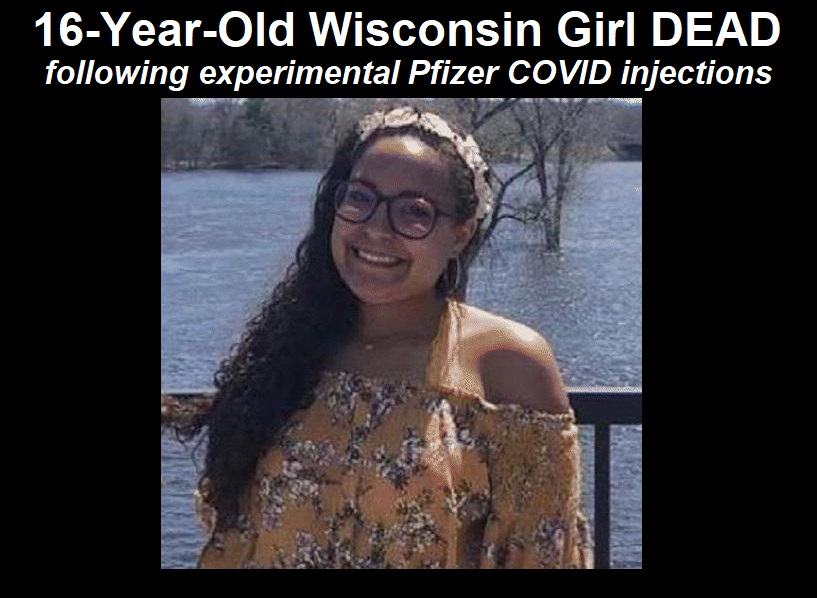 The 16-year-old Wisconsin girl that was listed in the last week’s data dump by the CDC into the VAERS database who died shortly after receiving the second dose of the experimental Pfizer mRNA injection has been identified as Kamrynn Soleil Thomas, of Waunakee, Wisconsin.

Her death was reported to the CDC Vaccine Adverse Event Reporting System twice.