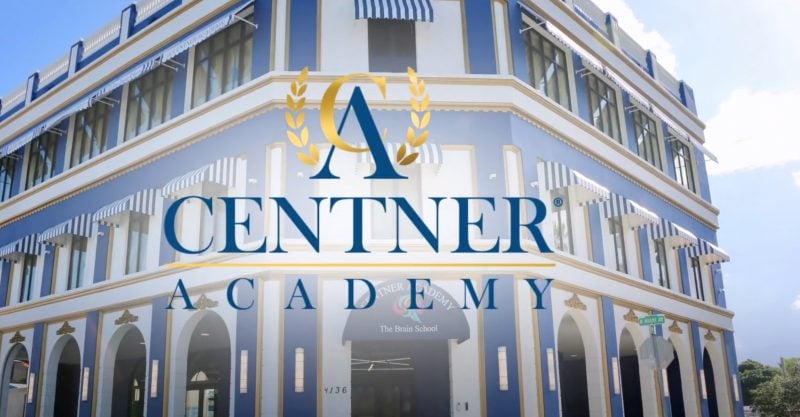 Centner Academy, a private school in Miami, faced a global media assault after asking staff not to get vaccinated, but these three facts about the vaccines lend support to the school’s decision.

Centner Academy, a private school in Miami, has made international headlines for directing its employees who have not yet received the experimental COVID-19 vaccine, to wait until the end of the school year, as a precautionary step to protect the health of their school community, given both concerning new anecdotal reports that the vaccinated can adversely affect the health of the un-vaccinated, and that clinical safety and efficacy data for the mRNA vaccines will not be completed until sometime in 2023.

Thus far, mainstream media reporting has focused and railed against the following statement made by Leila Centner, co-founder and CEO of Centner Academy, to her employees (in an internal email later leaked to the press) as being the most controversial and contestable:

“Tens of thousands of women all over the world have recently been reporting adverse reproductive issues simply from being in close proximity with those who have received any one of the COVID-19 injections, e.g., irregular menses, bleeding, miscarriages, post-menopausal hemorrhaging and amenorrhea (complete loss of menstruation).

“No one knows exactly what may be causing these irregularities, but it appears that those who have received the injections may be transmitting something from their bodies to those with whom they come in contact. Until more is known, we must err on the side of caution when it comes to the welfare of our students and the school team.”

Leila Centner’s private communication, now a matter of global public scrutiny, even reaching the White House press secretary for comment on April 27, came under fire by a number of conventional allopathic physicians, including Dr. Aileen Marty, a physician and infectious disease specialist with Florida International University’s Wertheim College of Medicine, who commented as follows:

“But there’s not one citation, there’s not one physician or scientist whose name is spelled out in there. There’s no references. There’s nothing. There is no scientific evidence provided. Rumor is the only thing that’s there, and if you look at the reality, there’s zero, zero science behind those allegations.

“If they believe it, and they then share this big lie, it has a horrific impact on our entire community.”

While these comments by Dr. Marty, and now hundreds of other mainstream media reports have attempted to dismiss Leila Centner’s statements as a “source of misinformation, without basis in science,” we believe they have significant merit, and are at the least worth exploring further.

Fact #1: Vaccines make some sick. Sick people are more likely to compromise the health of others

Whereas the mainstream media and government health authorities have been dogmatically pushing the unequivocal narrative that the COVID-19 (and all) vaccines are “safe and effective” a priori, it is undeniable that the COVID-19 vaccines are presently only approved for distribution to the public under an Emergency Use Authorization, in lieu of proper clinical safety and efficacy trial data being available, and which are not estimated to be completed until April 2023 for the Pfizer vaccine.

This makes COVID-19 vaccines, by definition, experimental, as Leila Centner has repeatedly offered as an explanation for her precautionary stance as to their unintended, adverse effects they may have to the health and well-being of her school staff, faculty, children and larger community.

Human medical experimentation, as defined by the Nuremberg code of medical ethics (1947), must not only be voluntary, but the participant needs to be fully informed of both the risks and benefits, in order to be able to give their full legal consent. Also, if the medical experimenter has reason to believe an intervention may cause harm, disability or death he or she must suspend the experiment immediately.

In the case of the experimental mRNA COVID-19 vaccine rollouts, government data reveals the COVID-19 vaccines are having profound, adverse health effects on a subpopulation of recipients, as documented in the Vaccine Adverse Events Reporting System (VAERS), which as of April 28, lists a total of 85,926 reports of the vaccinated experiencing adverse effects, ranging from death to hundreds of other symptoms and life-threatening conditions.

Moreover, VAERS is known to be highly ineffective in capturing the true extent of the actual number of vaccine adverse events, due to its highly passive, post-marketing surveillance methodology. Peer-reviewed research indicates that the rate of report capture is as low as 1% for thrombocytopenic purpura (low blood platelet related bleeding disorder) following the MMR vaccine and hypotonic hyporesponsive (bluish skin; reduced consciousness) episodes following the DTP vaccine.

The implication is that the actual scale of adverse effects within the vaccinated, which include immune dysregulation and suppression, may be several orders of magnitude higher than the already alarming scale of events reported through the conservative numbers offered by VAERS — which are almost universally ignored by the very same media attempting to discredit, defame and make an example out of the Centner Academy.

Given that those who are experiencing immune dysfunction as a result of being vaccinated are more likely to express virus reactivation, such as a cluster of cases recently reported for vaccine-induced Herpes Zoster, or may also experience a disrupted microbiome leading the the overgrowth of opportunistic bacteria, fungi, virusess, i.e., so-called “pathogens,” the health risks to those around them may also increase significantly. It should be noted that this phenomenon of vaccine-induced adverse health effects is not solely associated with the COVID-19 or mRNA vaccines.

Greenmedinfo.com has a database of over 1300 studies indicating over 150 potential adverse health effects from vaccines presently in the CDC vaccine schedule. Therefore any vaccine could, in theory, weaken or disrupt the immune system of a vaccine recipient, increasing the likelihood that they may transmit infection or disease-provoking aspects of either their microbiome or cell contents (mediated via extracellular vesicles) to those around them, which will be explained in greater detail in section #3.

Fact #2: The Pfizer mRNA vaccine clinical trial study design warns against proximity (shared air inhalation or skin contact) between vaccine participants and the unvaccinated as a possible vectors of harm

Titled, “A Phase 1/2/3 Study to Evaluate the Safety, Tolerability, Immunogenicity, and Efficacy of RNA Vaccine Candidates Against COVID-19 in Healthy Individuals,” the Pfizer COVID-19 mRNA vaccine study protocol document explicitly identifies in section 8.3.5. the need for monitoring what it calls “Exposure During Pregnancy or Breastfeeding, and Occupational Exposure.” A concern they take seriously enough that they require any incident to be reported within 24 hours to the Pfizer Safety system.

According to the document an EDP [environmental exposure during pregnancy] occurs if, for example: “a male vaccine recipient exposes a female partner prior to or around the time of conception.”

Exposure to the study intervention is defined as “inhalation or skin contact,” indicating that physical proximity between the vaccinated and unvaccinated is recognized by the Pfizer study protocol to be a cause for concern for transmission of potential side effects of the vaccine.

The document also gives the following example of an EDP scenario: “A male family member or healthcare provider who has been exposed to the study intervention by inhalation or skin contact then exposes his female partner prior to or around the time of conception.” Clearly, in this case Pfizer is acknowledging that something as simple as a healthcare provider or family member who has been exposed to an mRNA vaccine recipient through “inhalation or skin contact” (i.e., physical proximity) could generate an adverse event and/or affect the study outcomes.

Another example provided in section 8.3.5.2 titled, “Exposure During Breastfeeding,” gives the following example of what constitutes such an exposure:

“An example of environmental exposure during breastfeeding is a female family member or healthcare provider who reports that she is breastfeeding after having been exposed to the study intervention by inhalation or skin contact.”

“when a person receives unplanned direct contact with the study intervention, which may or may not lead to the occurrence of an AE. Such persons may include healthcare providers, family members and other roles that are involved in the trial participant’s care.”

Clearly, the Pfizer mRNA vaccine protocol design reveals that concerns for how the vaccinated may adversely affect the health, and even reproductive outcomes, of the unvaccinated simply by being within physical proximity, are being taken extremely seriously by the manufacturer of the vaccine itself. In light of this, Leila Centner’s expressed concerns quoted at the beginning of this article are, in fact, backed by the most authoritative document we have on the experimental vaccine, and the nature of the human experiments being conducted on their behalf.

So far, there has been no acknowledgment or reporting on this fact by the global mainstream media, the vaccine manufacturers nor government health authorities. It will be up to the reader to share this article, and get the word out.

Fact #3: There is a plausible epigenetic molecular mechanism in biology whereby the vaccinated may affect the health status of the unvaccinated

The third major substantiating factor behind identifying the potential harm the vaccinated may have on the unvaccinated concerns the discovery of so-called horizontal information transfer within biological systems mediated by extracellular vesicles, which include a virus-like phenomenon known as microvesicle shedding and/or exosome-mediated transfer of nucleic acids. This falls within the category of epigenetics, which the apologists and shills for the mRNA vaccines’ purported safety and efficacy conveniently ignore in order to make their claim that was debunked in 1970 with the discovery of the enzyme reverse transcriptase.