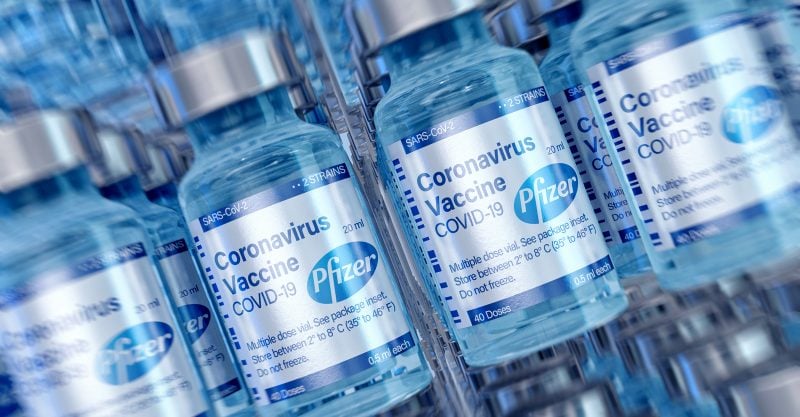 Doctors at the Cleveland Clinic performed a series of tests, but say they don’t know what caused the woman to develop paralysis following her first dose of the Pfizer vaccine.

A healthy 33-year-old woman in Bethel Park, Pennsylvania, who asked to remain anonymous, experienced paralysis 12 hours after getting her first dose of the Pfizer COVID vaccine and is still hospitalized, WPXI-TV reported.

The Pennsylvania woman said she initially felt fine after being vaccinated, but woke up in the middle of the night with no feeling in her arms or legs.

“It was the scariest thing in the world to go to sleep completely fine (and walking), to wake up 1:30 in the morning and not be able to move at all,” the woman said. “I’m literally counting on my daughter to hand me my phone to call to get help.”

Paramedics rushed her to the hospital where she was later transferred to the Cleveland Clinic where doctors ran tests to figure out how and why she suffered paralysis. An MRI and spinal tap were clear and blood work all came back negative, ruling out any rare diseases or disorders.

“There is just nothing they can find wrong with me,” the woman told Channel 11. “No underlying conditions, I have nothing in my history and they are basically telling me, ‘You’re healthy and we can’t figure out why this is going on.’”

Although she has regained feeling and strength in her arms, she has no function from her lower chest down besides very slight movement in a few toes. The woman’s family confirmed with Channel 11 that her case was reported to Pfizer.

Pfizer taking report ‘very seriously,’ but downplays connection between vaccines and injuries in general
[…]
Via https://childrenshealthdefense.org/defender/woman-hospitalized-paralysis-pfizer-vaccine/