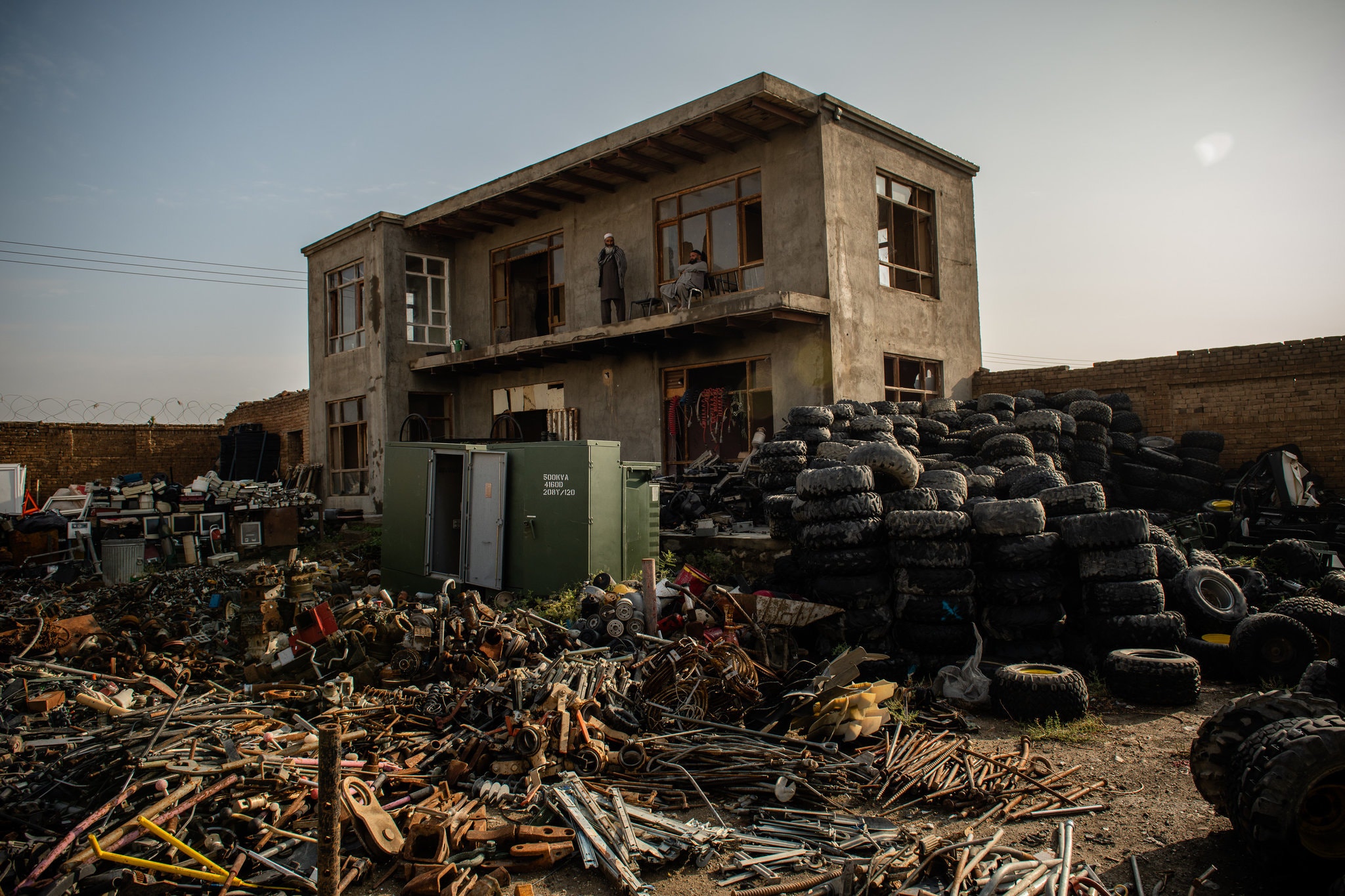 U.S. soldiers at Bagram air base in Afghanistan. [Source: nytimes.com]

On Wednesday April 14th, President Joe Biden announced that he would end the U.S.’s longest war and withdraw U.S. troops from Afghanistan on the 20th anniversary of the September 11th, 2001 terrorist attacks.

Over 6,000 NATO troops will also be withdrawn by that time.

“War in Afghanistan was never meant to be a multigenerational undertaking,” Biden said during his remarks from the White House Treaty Room, the same location from which President George W. Bush had announced the war was beginning in October 2001. “We were attacked. We went to war with clear goals. We achieved those objectives. Bin Laden is dead and al Qaeda is degraded in Afghanistan and it’s time to end the forever war.”

Biden’s claim that he is ending the forever war is misleading. As The New York Times reported, the United States would remain after the formal departure of U.S. troops with a “shadowy combination of clandestine Special Operations Forces, Pentagon contractors and covert intelligence operatives.”

Their mission will be to “find and attack the most dangerous Qaeda or Islamic state threats, current and former American officials said.”[1]

The Times further reported that the United States maintains a constellation of air bases in the Persian Gulf region as well as in Jordan, and a major air headquarters in Qatar, which could provide a launching pad for long-range bomber or armed drone missions into Afghanistan.[2]

Matthew Hoh, a disabled combat veteran who resigned from the State Department in 2009 in protest of the war, stated that a genuine peace process in Afghanistan is “dependent upon foreign forces leaving Afghanistan.”

Further, Hoh said that “Regardless of whether the 3500 acknowledged U.S. troops leave Afghanistan, the U.S. military will still be present in the form of thousands of special operations and CIA personnel in and around Afghanistan, through dozens of squadrons of manned attack aircraft and drones stationed on land bases and on aircraft carriers in the region, and by hundreds of cruise missiles on ships and submarines.”