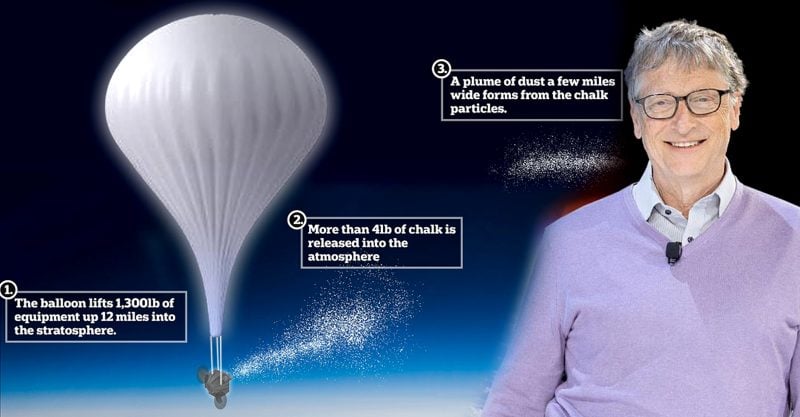 Three Swedish environmental groups joined the Saami Council, which defends the rights of the reindeer-herding people from Norway to Russia, in opposing the Gates-funded project to release chalk dust from a balloon 12 miles up in the atmosphere to block solar radiation.

The first stratospheric test of geoengineering research technology, funded by Bill Gates, has been suspended under pressure from the indigenous people over whose heads it would take place, the Saami of northern Scandinavia. It may be moved back to the United States.

At the recommendation of the project’s Advisory Committee, the scheduled June test has been called off. That became public March 31.

When Bill Gates’ $4.5 million investment in geoengineering research came to light in 2010, one of the scientists he put in charge of the project, Ken Caldeira, said the money was not funding any field experiments. But as the project has grown and moved to Harvard, that line was crossed.

The Stratospheric Controlled Perturbation Experiment — SCoPEx for short — intends to release around a kilogram of calcium carbonate, essentially chalk dust, from a propelled balloon-gondola rig 12 miles up. Particles would cover the equivalent of 11 football fields and test the material’s potential to block a portion of solar radiation, countering the heat-trapping effects of carbon dioxide. The June test would not have released any particles, only tried out the rig’s technologies.

Last December SCoPEx announced it was moving the rig test to Sweden because of the pandemic. It was to have been in Arizona and New Mexico. The new test site was to be Swedish Space Corporation’s launch center at Kiruna near the Arctic Circle, the Saami homeland. Trouble was, nobody had talked to the Saami or much anyone else in Sweden.

The Saami Council, which defends the rights of the reindeer-herding people from Norway to Russia, on Feb. 24 sent a letter to the SCoPEx Advisory Committee opposing not only the experiment, but the entire premise of geoengineering research outside an international consensus. It was co-signed by leaders of the Swedish Society for Nature Conservation, Friends of the Earth Sweden and Greenpeace Sweden. Environmental groups had previously weighed in on their own.

10 thoughts on “‘No Thanks’ to Bill Gates Plan to Block Sun With Chalk Dust, Scandinavia Says”