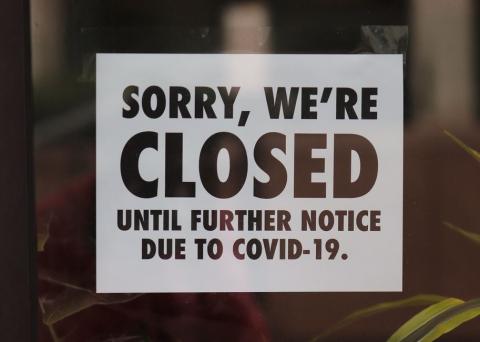 But unlike most states, Georgia ended its stay-at-home order after only five weeks, and proceeded to lower other restrictions quickly.

The legacy media responded with furious opposition. For example, an article in the Atlantic declared the end of Georgia’s lockdown to be an “experiment in human sacrifice.” The Guardian approvingly quoted one Georgian who insisted the end of the stay-at-home order was “reckless, premature and dangerous.”

A few weeks later, other states began to end their stay-at-home orders and to end other restrictions as well. Florida was the largest among these states.

Shortly thereafter the Daily Beast declared that the scaling back of restrictions in Georgia and Florida was “terrifyingly premature,” and quoted one expert who insisted, “If you lift the restriction too soon, a second wave will come, and the damage will be substantial both medically and economically. We don’t want to throw away the sacrifices we have made for weeks now.”

All this hyperbole about human sacrifice and recklessness leads us to conclude that states which ended lockdowns quickly must have experienced far worse numbers of deaths from covid than states which maintained lockdowns longer. Indeed, when it came to lockdowns, we were told, the longer the better. Ideally, lockdowns shouldn’t be loosened up at all until everyone can be vaccinated.

But things didn’t turn out that way. Experts have scrambled to come up with explanations for why this is the case, but the fact remains some of the most strict states (i.e., New York and Massachusetts) have covid deaths at far worse rates than the “reckless” states like Georgia and Florida.

Moreover, with little to show for their lockdowns in terms of “public health,” these states with extreme lockdowns also have some of the worst unemployment rates. This occurred in spite of the fact that experts insisted that a failure to impose lockdowns would doom a state’s economy to later economic disaster.