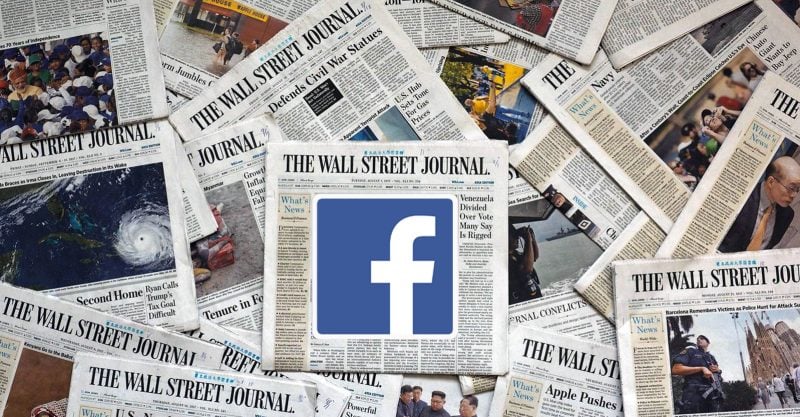 As the social media giant continues to vet content and silence opposing views, roughly two dozen states have introduced bills that would allow for lawsuits against the platform for censoring posts.

Since 2016, social media giants have increasingly engaged in censorship under the guise of preventing the spread of misinformation –– “vetting and stigmatizing the content of reputable publishers” while “increasingly adding phony fact checks and removing articles flagged by left-leaning users without explanation,” according to The Editorial Board at the Wall Street Journal (WSJ).

Now Big Tech and its self-anointed virus experts are silencing doctors with opposing views in an effort to shut down scientific debate, the WSJ said. The WSJ editorial board specifically called out Facebook for labeling an op-ed the paper ran in February as misleading.

Here’s what happened. On Feb. 19, the WSJ ran an opinion piece by Dr. Martin Makary, a Johns Hopkins surgeon, professor, published author and chief medical advisor to Sesame Care, a direct-to-patient healthcare company. In “We’ll Have Herd Immunity by April,” Makary wrote that based on studies and scientific evidence, Americans would have enough immunity from vaccination and natural infection by early spring to sharply reduce the spread of COVID.

According to Facebook, once something is rated by a fact-checking partner, Facebook “takes action to ensure fewer people see the misinformation.”

But the WSJ argued that Makary didn’t present his opinion as a factual claim. He made a projection, like any other scientist, based on studies and data regarding herd immunity. The Facebook fact-checkers didn’t like Makary’s projection because it could lead to fewer virus restrictions.

Health Feedback’s fact-checkers disagreed with Makary’s evidence and his interpretation of it. They cherry-picked and misapplied studies to support their counter-opinions and “masqueraded them as facts,” the WSJ said.

“Scientists often disagree over how to interpret evidence,” The Editorial Board wrote. “Debate is how ideas are tested and arguments are refined. But Facebook’s fact checkers are presenting their opinions as fact and seeking to silence other scientists whose views challenge their own.”