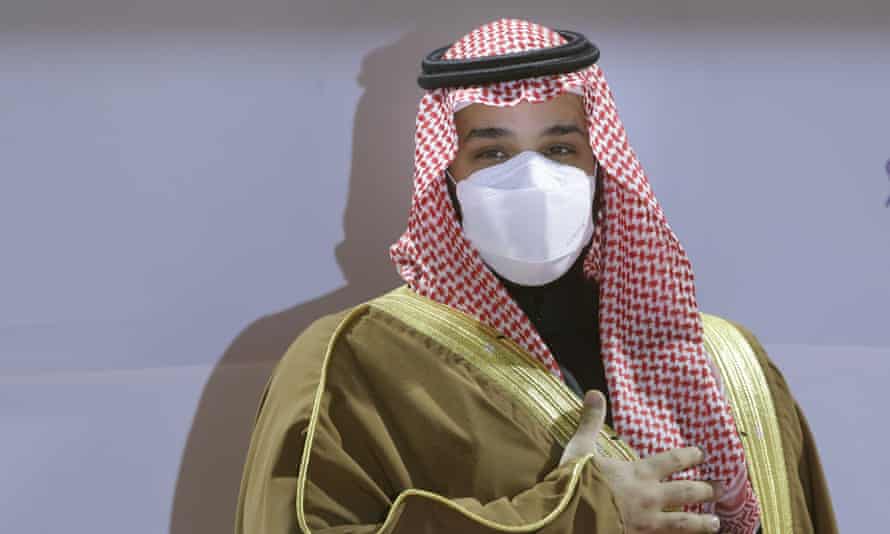 The White House has defended its decision not to directly sanction Saudi Arabia’s crown prince Mohammed bin Salman over the killing of the journalist Jamal Khashoggi, as criticism grew before Washington’s unveiling of a new policy towards Riyadh on Monday.

The White House spokesperson, Jen Psaki, stood by the move not to target the crown prince in an interview on Sunday, despite human rights groups and some senior Democrats expressing dismay that the administration had held him culpable, publishing an intelligence assessment that he had approved the killing of Khashoggi, without holding him accountable.

“We believe there [are] more effective ways to make sure this doesn’t happen again and to also be able to leave room to work with the Saudis on areas where there is mutual agreement – where there are national interests for the United States. That is what diplomacy looks like,” Psaki told CNN.

Joe Biden was vague in describing what would be announced on Monday, saying only that the general approach to Saudi Arabia it would be “significant” and make clear that “the rules are changing”.

“We are going to hold them accountable for human rights abuses,” Biden told Univision, saying he had warned King Salman about the announcement in a phone conversation on Friday.

The White House has said that it views the 85-year-old king as Biden’s counterpart rather than the 35-year-old crown prince, who has control of day-to-day policy.

CNN cited two unnamed administration officials as saying sanctioning the prince had not been an option as it would have jeopardised the US presence in Saudi Arabia, where it has five bases. Consequently, the State Department was not even asked to present options for sanctioning Prince Mohammed.

With the publication on Friday of an unclassified version of the US intelligence assessment on the 2018 Khashoggi murder, the Biden administration said it was imposing visa restrictions on 76 Saudis involved in the murder and in the intimidation of Saudi critics in the US, under a new measure called the Khashoggi Ban. It was not made explicit that the prince was not on the list of 76, but Psaki’s remarks on Sunday appeared to rule that out.