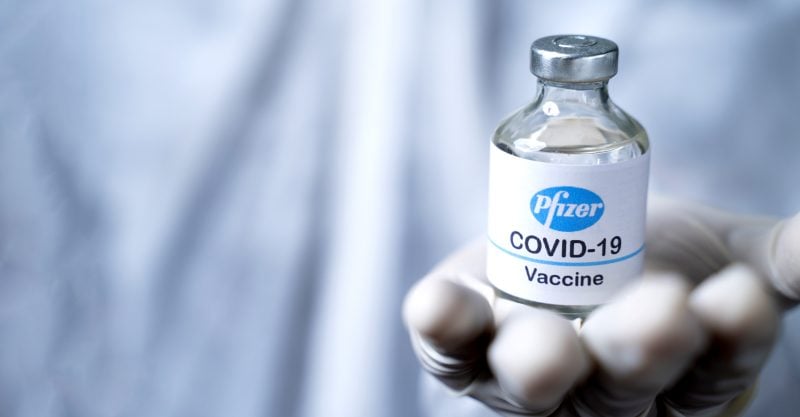 The wife of Tim Zook, a 60-year-old x-ray technician who became seriously ill hours after getting his second Pfizer vaccine and died four days later, says “we need to know the cause.”

Tim Zook, an x-ray technologist at South Coast Global Medical Center in Santa Ana, was hospitalized on Jan. 5, several hours after being vaccinated. Zook’s wife, Rochelle Zook, told the Orange County Register that her husband’s health rapidly deteriorated over the next few days. He died Jan. 9.

Rochelle Zook said her husband believed in vaccines, and that she didn’t blame “any pharmaceutical company” for his death. She also said:

“But when someone gets symptoms 2 1/2 hours after a vaccine, that’s a reaction. What else could have happened? We would like the public to know what happened to Tim, so he didn’t die in vain. Severe reactions are rare. In reality, COVID is a much more deadly force than reactions from the potential vaccine itself.

“The message is, be safe, take the vaccine — but the officials need to do more research. We need to know the cause. The vaccines need to be as safe as possible. Every life matters.”

Tim Zook was “quite healthy” his wife said, though he took medication for high blood pressure and was slightly overweight. “He had never been hospitalized. He’d get a cold and be over it two days later. The flu, and be over it three days later.”

According to news reports, Zook told his wife he wasn’t afraid to get the vaccine. He even photographed himself on Jan. 5 before he became ill, with a Band-Aid on his arm and holding a picture of his vaccination card.

In an email to the Orange County Register, Pfizer said it was aware of Zook’s death:

“We closely monitor all such events and collect relevant information to share with global regulatory authorities. Based on ongoing safety reviews performed by Pfizer, BioNTech and health authorities, (the vaccine) retains a positive benefit-risk profile for the prevention of COVID-19 infections. Serious adverse events, including deaths that are unrelated to the vaccine, are unfortunately likely to occur at a similar rate as they would in the general population.”

Zook’s death is the latest in a string of reports about deaths and/or allergic reactions to both Pfizer’s and Moderna’s vaccines.

As The Defender reported earlier this week, multiple state and federal officials are investigating the Jan. 21 death of a Placer County, California, man several hours after receiving a COVID vaccine. According to news reports, the man had tested positive for COVID in December. The cause of death and specific vaccine he received have not been released.

Last week, The Defender reported on the death of baseball legend Hank Aaron, 18 days after he received the first dose of the Moderna vaccine. Aaron’s death was initially reported as undisclosed, but according to USA Today, Aaron died of a massive stroke.

Earlier this month, a Johns Hopkins scientist told the New York Times it was a “medical certainty” that Pfizer’s vaccine caused the Jan. 3 death of a 56-year-old Florida doctor. Dr. Gregory Michael, whose wife described him as “perfectly healthy,” died of idiopathic thrombocytopenic purpura (ITP), a rare autoimmune disease, about two weeks after getting the first Pfizer vaccine. Florida health officials are investigating his death.

More than 40 deaths following vaccinations among elderly people in Norway and Germany prompted China health officials last week to call for a pause on the Pfizer and Moderna vaccines, especially among the frail elderly.

As of Jan. 15, 181 deaths have been reported to the U.S.government’s Vaccine Adverse Events Reporting System (VAERS) as possibly being related to COVID vaccines. A 2010 study by the U.S. Department of Health and Human Services concluded that “fewer than 1% of vaccine injuries” are reported to VAERS and experts say the government’s reporting system is “broken.”