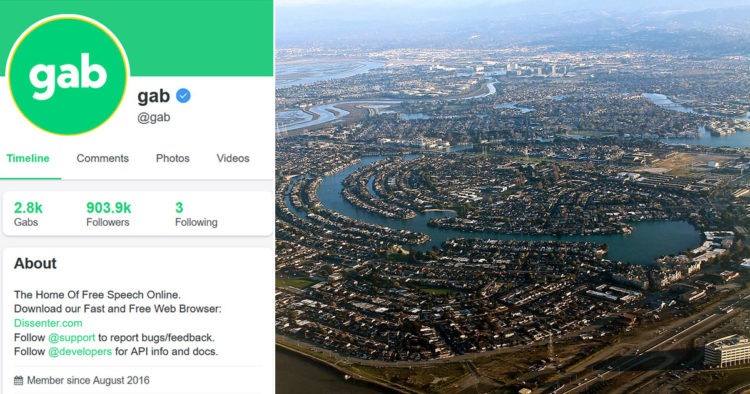 Panic and internal strife at far-left Big Tech corporations cited as impetus for mass influx of resumes to Gab, which has exploded in size over the past week

Free speech social media platform Gab.com is reportedly receiving requests from “thousands of people” employed in the Silicon valley tech industry as the website explodes in popularity, amidst the latest wave of censorious new policies deployed by fringe-left executives at Big Tech monopolies such as Facebook and Twitter.

The official Gab Twitter account first reported over the weekend that the company was receiving requests for employment from large numbers of employees in the tech industry:

“Silicon Valley should see our inbox right now. Looks like half of their employees want to leave and come work for Gab. Panic in SV!”

Looks like half of their employees want to leave and come work for Gab.

Gab further elaborated on the news in a follow-up tweet: “We are getting resumes from senior level employees at Big Tech companies. Hearing that many people are putting in their two weeks too. Internal civil war among staff and executives. Panic in Silicon Valley. The house of cards falls. The exodus has begun.”

Most recently, Gab revealed on Monday that the numbers of people seeking to leave their jobs in Big Tech and find employment at Gab had swelled into the thousands, stating “I think half of Silicon Valley just reached out looking for a job, I’m not joking. It’s thousands of people. Panic in the Valley! We will be hiring American citizens Will get back to folks as soon as we are able to.”

Over the weekend, Gab fulfilled the promise of founder and CEO Andrew Torba to add an additional ten servers to the website in an effort to handle the tremendous influx in traffic seen over the past few days.

As National File reported, Gab had previously promised to upgrade the server system after reportedly speaking with President Donald Trump’s team about a possible move to the platform after last week’s Facebook and Twitter purge.