More information about the alleged operation between U.S. embassy in Rome and the Italian deep state to switch votes throughout U.S. Presidential race.

Here’s the transcript for the video of Supreme Court of Italy legal counsel testifying under oath about interference in U.S. 2020 election:

“Under distraction and direction of U.S. persons working from U.S. embassy in Rome, undertook the operation to switch data from the U.S. election from 3 Nov. 2020 from significant margin of victory from Donald Trump to Joe Biden in a number of states where Joe Biden was losing the vote totals.

Defendant states that he was working in [inaudible] facility of Leonardo spa and utilized military grade cyber warfare encryption capabilities to transmit and switch votes via military satellite from [inaudible] tower to Frankfurt, Germany.

The Defendant swears that the data in some cases may have been switched to represent more than total voter [inaudible]. The Defendant states that he is willing to testify to all individuals and entities involved in the switching of votes from Donald Trump to Joe Biden, where he shall be in total protection from himself and his family.

Defendant states he is secured in an undisclosed location. The makeup of the original data and data switched, upon instruction, to provide as evidence in court in this matter. I hereby declare and swear the above stated facts have been stated in my presence.” 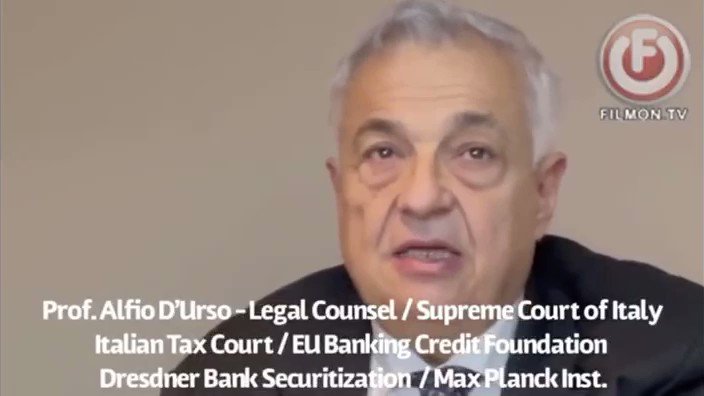