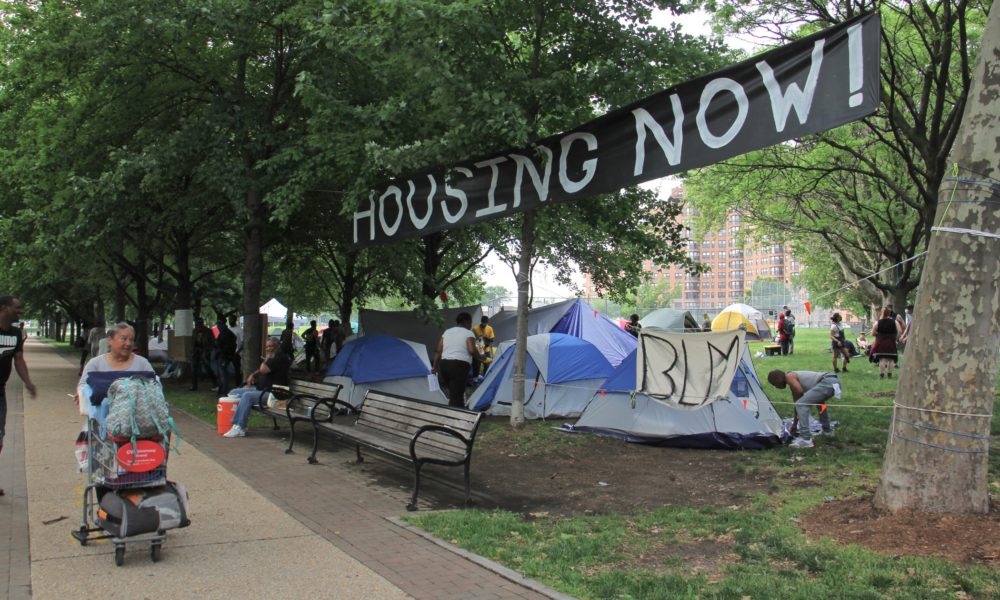 The eviction housing crisis is hitting home in Philadelphia, with the local Democrats protecting the landlords at the expense of renters and shutting down emergency measures for the unhoused. But Philly is home to a powerful housing movement that is fighting back.

Philadelphia is facing a housing crisis with little help from the Democratic city council, mayor, or governor. In the city, 5,700 people are currently unhoused. Almost a thousand sleep on the streets on a given night. But more than that, this year has already seen 4,400 evictions filed in Philly courts. Another 2,000 renters are facing the very real threat of eviction and becoming part of the unhoused. This multifaceted crisis of housing is taking place as the numbers of those infected with Covid-19 are skyrocketing in the city (reaching 100,000 cases and 2,500 deaths), as winter descends, and in the wake of a major snowstorm that just hit the city.

The Democratic City Council refused to advance a bill that would protect Philly renters. Instead, it’s falling over itself to cater to landlords. That bill was opposed by the Philadelphia Apartment Association (PAA), an organization to champion the cause of landlords demanding their money from renters and lobbying for much stricter rules about which evictions can be delayed as a result of the pandemic. Collecting rent matters more than protecting the lives of renters.

What’s more, the city right now is in the process of evicting the unhoused from the “Covid hotels” — emergency housing that was set up to protect the unhoused from infection and death. That housing option expired December 15th. Rather than extend it, the city government mandated that people be moved, such as into crowded shelters with little or no protections against infection. These “relocations” use police vans, and the unhoused are often given no information about where they’re being taken.