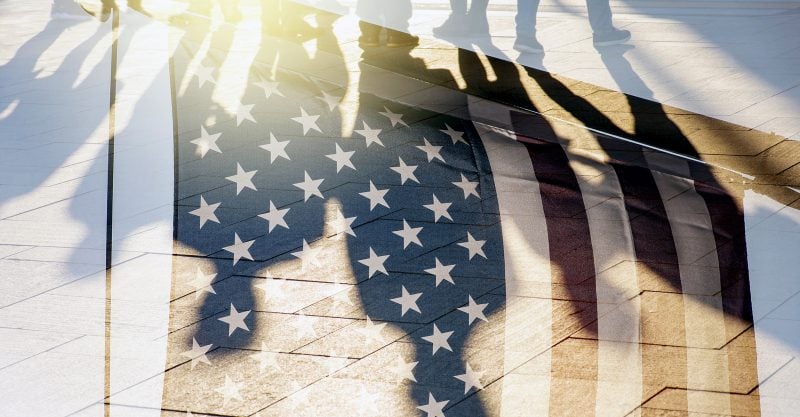 Big Oil, King Coal, Big Chemical, Big Tech and Big Pharma are titans of a Deep State cartel that is driving our country down the road to plutocracy and environmental apocalypse. We must unite to fight them — and not each other.

Long before it turned its attention to systematically destroying the planet, the carbon industry set its sights on destroying American democracy and on bulldozing our values.

The term “Deep State” is one of those toxic phrases that highlights and exacerbates the widening chasm between Democrats and Republicans. Ironically, polarization is a key strategic objective for the sinister cabal that the phrase describes.

Right-wing populists use the term Deep State to characterize the supposed authors of the cavalcade of social and economic demotions that have fatally wounded America’s dwindling middle class. The obliteration has been so systematic and complete that it seems obvious to them that it is planned.

In their view, a group of secretive aristocrats, led by George Soros and the late David Rockefeller, manipulate shadowy institutions like the Federal Reserve and the Council on Foreign Relations in order to shift wealth and power to billionaire elites, with the ultimate aim of achieving “World Government.”

To weaken the American character, these secretive aristocrats’ allies among the “Hollywood Elites” have deliberately cheapened our culture by infiltrating TV and film with sex and violence. These elites are purposefully undermining American democracy, subverting constitutional rights and waging economic and cultural war on Main Street America, our democracy and national sovereignty.

Since all those cohorts have devoted energies to averting climate change, the global warming debate has become a prominent feature of these cosmologies. Decarbonization is seen as yet another attack on the U.S. economy, and a ploy for One-World Government.

Like every conspiracy theory, this one has nuggets of truth.

Democrats, meanwhile, dismiss talk of a Deep State as the ravings of deluded right-wing conspiracy theorists. They point out that Hollywood czars like Tom Hanks and Barbra Streisand are a great distance from real power, while arguing that Wall Street itself pushed sex and violence onto our TV screens. Pornography, after all, sells sex.

David Rockefeller died in 2017, and the remaining Rockefeller family members have greatly diversified interests and little demonstrated appetite for One-World Government. Democrats point out that George Soros is 90 years old, and manages vast investments in oil and gas with annual profits that dwarf his relatively tiny contributions to climate change activism. His Council on Foreign Relations is an anemic think tank, its members mainly jockeying to burnish resumés and rub shoulders with a doddering Henry Kissinger. The council takes no position on foreign policy issues and mostly publishes informational white papers that gather dust.

But the Deep State does exist. It has already obliterated the middle class and has democracy on the ropes. The real power behind the curtain is a conglomeration of corporations — coal, oil, chemical, steel and pharmaceutical, recently joined by telecom, Big Tech/Big Data –– all bound, in a web of corruption, to our global military-intelligence apparatus.

It is this collaboration of modern Robber Barons that is making war on democracy, civil rights and the lower classes, while driving our country down the road to plutocracy and environmental apocalypse.

This conglomeration has declared war on America’s democracy and freedoms. Anyone who doubts that the Deep State exists should read the myriad histories of the U.S. Central Intelligence Agency (CIA), including Tim Weiner’s “Legacy of Ashes,” David Talbot’s “The Devil’s Chessboard” and James Douglass’s “JFK and the Unspeakable.”

John D. Rockefeller laid the groundwork for the conglomeration with his ruthless drive for monopoly control of the world oil supply. (His company, Standard Oil — now ExxonMobil — controlled 90% of the U.S. oil supply). The pharmaceutical cartel is the offspring of Rockefeller’s U.S. petroleum and coal tar industries and Third Reich chemists, who were deeply incriminated in the Holocaust and the Nazi war effort.