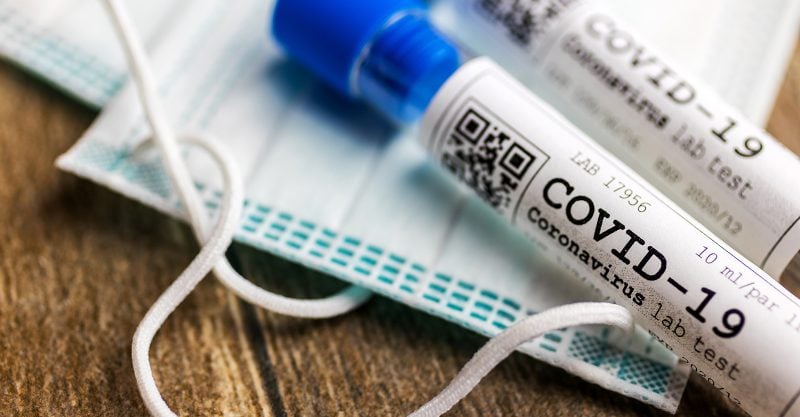 The standard testing for CoVID-19 utilizes a technology that its discoverer warned should never be used for diagnosis.  This technique, known as PCR, has led to massively inaccurate and misleading conclusions.  Public health authorities currently are basing societal mitigation policies and recommendations almost exclusively upon this technology by tracking putative numbers of “cases” instead of deaths and hospitalizations, and the result is an unprecedented negative impact upon society that is futile and unnecessary.  It is futile in the naïve assumption that SARS CoV-2 can be contained in the population and unnecessary since deaths and hospitalizations and attendant consequences therefrom are back to pre-pandemic levels.  It is imperative that tracking data upon which ongoing mitigation practices rest revert back to accurate figures for deaths and hospitalizations from CoVID-19.

I am a recently retired pediatrician after 33 years in private pediatric practice, 11 years as a faculty member of a major University Department of Pediatrics serving in a community Pediatric Residency training program, and have been practicing pediatric Integrative Medicine for 6 ½ years.  During this Integrative Medicine time, my patients were predominantly those with autoimmune diseases, chronic Lyme disease, and autism spectrum disorders.  I have no experience with diagnosing or treating CoVID-19 in patients. My training and experience have, however, provided me a vast experience sorting out often conflicting and equally credible appearing narratives about chronic diseases and the immune system.   By virtue of the foundational role of the immune system in children with the kinds of complex, chronic health aforementioned conditions, I have studied the immune system and its role in recovery or otherwise from these chronic and disabling conditions intensively over the past seven years or so.

Being a resident of a retirement community myself and a member of a high-risk group for CoVID-19, along with a suddenly accelerated time frame for my planned retirement due to a shut-down from outside exposure in the retirement community, I have invested hundreds of hours into researching everything CoVID since March 16, 2020.

CoVID-19 became a household word in the United States in March, 2020 when the pandemic became manifest.  Needless to say, it has affected every person living, as well as all our institutions, businesses, activities, and the overall economy in ways that were unimaginable.

During the initial few weeks of the pandemic in our country, the scope and apparent seriousness of what was unfolding was unprecedented and with reports of over-running of hospitals and large numbers of deaths in select high-density urban populations (Wuhan, China, New York City, etc) the initial response that included widespread shutdowns and the other well-known mitigation measures were justified.

Following a massive shifting of resources, extreme mitigation in the form of shutting down businesses, physical distancing, mask wearing, and other measures, the anticipated and feared massive over-running of hospitals’ ability to manage the CoVID-19 case load became manageable, and after the first six weeks or so, in most of the smaller communities across the country, shutting down hospital and medical office usual procedures and medical care led to both unexpectedly low medical utilization overall, personnel layoffs, and widespread adverse impact upon normal usual healthcare, thus over time adding to “collateral damage” in the form of missed medical treatment for non-CoVID health conditions, etc.  Even makeshift hospitals created from conversion of other facilities to hastily constructing new ones ended up not being needed for CoVID patients and not utilized.

Initially the primary driver of public health recommendations and policies were data for hospitalizations and deaths from CoVID-19.  During this initial phase, before the ultimate magnitude of the problem could be determined, the difficult and painful measures of shutting-down businesses, schools, and restrictions of personal liberties for the greater good of public health and safety were justified as being of finite duration, expected to be a matter of up to six weeks or so in order to “flatten the curve” of the rapid acceleration of the virus and its effects – not to be followed indefinitely.

As diagnostic testing became available, tracking with all three of these measures was followed.  After the first six weeks or so, high density urban areas that were hit hard in the beginning did experience “flattening the curve” and most other communities were spared the once-feared massive over-run of their ability to deal with the caseload of sick CoVID-19 patients.

Testing that was adopted and became the basic form of diagnostic lab test was that based upon Polymerase Chain Reaction (PCR), a technology discovered by Kary Mullis, who was awarded the Nobel Prize in 1993 for this discovery.  Although Mullis died in 2019 before the beginning of the CoVID-19 pandemic, he had much to say about PCR.  He warned against this technique ever being used for diagnosis due to the complexity of the process and because of a relatively high rate of false positive results if performed on asymptomatic individuals, as well as with false negative results.  He pointed out, among other things, that PCR required selecting a particular number of “amplifications” or multiplications of the original tiny string of genetic material (DNA), and that the cutoff between “positive” and “negative” was arbitrary and could vary from place to place or over time.

Now, six months into the pandemic, the most accurate measure of deaths, IFR (Infection Fatality Ratio) has declined to a range that is within the bounds of deaths attributed to seasonal influenza in moderate to severe years.  Physicians for Informed Consent (PIC) published in June 2020 an article “CoVID-19 Assessing Infection Severity” data from the CDC published in May 2020 showing the following:

This decrease in IFR was predictable to a certain degree, as initial figures for mortality were simple calculations based upon the number of deaths from CoVID divided by the number of cases diagnosed, with the latter number determined from testing among sick individuals only, and including those believed clinically to have CoVID-19 despite a negative PCR test.  Once widespread testing became adopted, the denominator – total number believed to be infected – became rapidly larger.  Some evidence has suggested furthermore that the virus has become relatively attenuated and less severe in its clinical impact – a development that would not be unusual for a pandemic virus.

It has become clear that IFR rates are far lower than initial projections and fears, which were derived from initial modeling data that proved to be orders of magnitude higher than reality.  Even as this reality was recognized, the basis for mitigation practices shifted from using IFR rates and hospitalization numbers as the primary determinant to sole reliance upon case number data.  There is reason to believe this is the opposite of what should be done.

This current case number fixation has created a world where on a daily basis, the number of reported cases is featured in headlines all over the country in newspapers, on internet posts, and shared on social media.  In one example, in early September, in the Greensboro, North Carolina newspaper, it was reported that a particular school where testing was done to monitor asymptomatic children, one child tested positive with the standard PCR based test procedure – and the school was immediately closed.  If the number of “cases” is inaccurate and wildly inflated – for which we will see below there is compelling evidence – then such school closings are unnecessary and counterproductive.  The same problem applies to other mitigation practices that are based exclusively upon case numbers.

It has been documented by Dr Scot Atlas, among others, that the number of deaths from mitigation for CoVID-19 has now significantly exceeded that from CoVID-19 itself.  This is attributed to increased rates of depression, suicide, drug overdoses, etc.  Further data have shown that excess total mortality rates comparing current with past years’ total mortality are not significantly higher than usual past rates.  This of course begs another question far too involved to discuss here – the possibility that part of the perception of the impact of CoVID-19 is based upon shifting usual numbers of deaths from influenza that are peculiarly lower than usual to a diagnosis of CoVID-19.  This in turn begs another question about the possible impact upon numbers of CoVID-19 deaths being inflated artificially because of the additional reimbursements to hospitals for CoVID-19 codes for hospitalizations and deaths.  But even assuming that putative deaths from CoVId-19 are not artificially inflated, deaths from mitigation for CoVID-19 has exceeded those from CoVID itself.

Four recent sources delve into the PCR testing phenomenon in detail and together make a compelling argument that the standard form of diagnostic testing for CoVID-19 – PCR – is, just as its discoverer Kary Mullis argued prior to his death in 2019, grossly inaccurate and should not be used for diagnosis.  Needless to say, this is a shocking suggestion, but I believe the evidence strongly supports this conclusion.  Now we will discuss briefly the basics about PCR testing and show why it is imperative that ongoing public health mitigation measures shift from using PCR case numbers to accurate, non-inflated data from hospitalizations and deaths caused by CoVID-19 – at least until an accurate testing process can be established for determining infectious case numbers.

Four primary sources from which the following points are made:

We will begin with an explanation of a complex subject – the rationale and scientific basis for the PCR technique, as applied to the prevailing diagnostic test being used in the United States, as well as most of the world.  It is essential to understand in order to draw valid conclusions about the significance or lack thereof, of the CoVID-19 PCR test.

PCR is a chemical reaction to identify tiny bits of DNA, the primary form of material in human genes which in turn comprise chromosomes.  Due to the infinitesimally small size of the particles, they must be amplified, or made exponentially larger in order to work with them.  This amplification process is what Kary Mullis discovered, and consists of multiplying sequentially by doubling the material present.  So, 2 becomes 4, then becomes 8, then 16, and so forth.

As noted, PCR multiplies DNA.  The genetic material that comprises the virus for CoVID-19, as well as most other viruses, is RNA, an even smaller particle.  It must be converted to DNA in order to utilize the PCR process.  This is accomplished by action of an enzyme called reverse transcriptase (RT) in the first of four steps involved in the process.  RT thus allows a single strand of RNA to be translated into a complementary strand of DNA.   The product of RT acting on RNA is called RT-PCR.

Another term is “Real-time PCR” – a variation of PCR that allows analysis of the amplified, or “multiplied” DNA during the typical number of 40 cycles.  Fluorescent dye is added in some techniques to facilitate interpretation and obtain test results more rapidly.

The ultimate end-point of a PCR test is a result that is being arbitrarily defined as “positive” or “negative.”  The extraordinary implications of this simple decision to frame results of the PCR testing as the basis for the entire “case numbers” tracking upon which virtually all public health measures are being based is almost incomprehensible.  Dr. Michael Mina, assistant professor of epidemiology at the Harvard T. H. Chan School of Public Health is quoted in the New York Times article above as saying that this oversimplified interpretation of PCR as positive or negative is “irresponsible.”   This relates to the following discussion of the amplification process, sometimes also referred to as cycles.  Dr. Mina is quoted in the Harvard Magazine (8/3/20) as saying that Current PCR testing detects virus “long after the infected person has stopped transmitting the virus.”  He further states “That means the results are virtually useless for public health efforts to contain the raging epidemic.” (emphasis added) […]