Two-Tiered Medicine: Why Is Hydroxychloroquine Being Censored and Politicized? 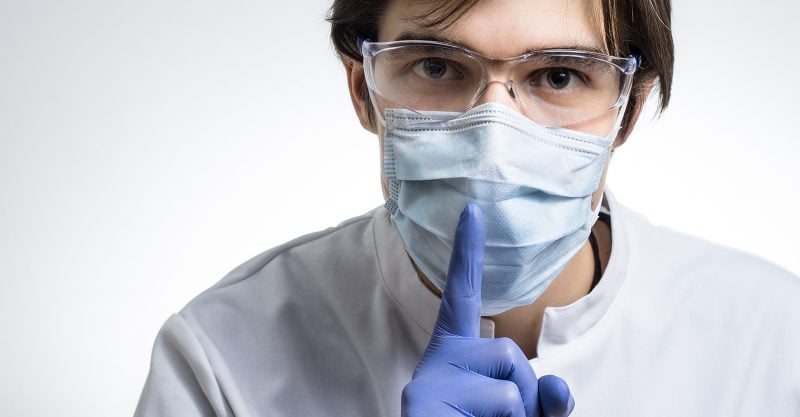 In 2003, severe acute respiratory syndrome (SARS) induced a global panic—a dress rehearsal, as it were, for Covid-19 in 2020. Although SARS fatalities rapidly petered out (with an eventual worldwide tally of just 774 deaths), concerns about the potential for future spread of the SARS coronavirus (SARS-CoV) left doctors eager to identify effective drugs for treatment and prevention. In short order, researchers in Europe (2003 and 2004) and at the Special Pathogens Branch of the CDC (2005) published theoretical models and detailed in vitro findings about a drug offering likely “prophylactic and therapeutic advantage”: chloroquine (CQ).

Following these promising cell culture studies (cited hundreds of times in the scientific literature), researchers around the world continued to explore the antiviral potential of CQ and its more benign analog hydroxychloroquine (HCQ). A 2006 paper in The Lancet Infectious Diseases again directed attention to CQ as a “valuable therapeutic option if SARS re-emerges.” In 2014, in the aftermath of the Middle East respiratory syndrome coronavirus (MERS-CoV), researchers at the Anthony-Fauci-led National Institute of Allergy and Infectious Diseases (NIAID) identified 27 existing compounds “with activity against both MERS-CoV and SARS-CoV,” including CQ and HCQ. Noting that the “screening of approved drugs to identify therapeutics for drug repurposing is a valid approach,” the NIAID researchers singled out CQ and one other drug in their closing paragraph as having noteworthy potential to “reconfigure” the two coronavirus illnesses “into a less virulent subclinical infection” resulting in less adverse disease outcomes.

This ongoing body of research was clearly at the forefront of many doctors’ minds when SARS-CoV-2 surfaced this year. In early April, a survey of U.S. physicians found that two-thirds (65%) would prescribe CQ or HCQ “to treat or prevent COVID-19 in a family member,” and roughly the same percentage (67%) would take it themselves. (The company conducting the survey noted that “the best way to get a candid perspective on treatment options from a physician is to ask: ‘Would you give this to your family?’”) Another early April survey of over 6,000 physicians in 30 countries found that 37% of respondents who had already treated Covid-19 rated HCQ as the most effective therapy. Apparently, the physicians advising the world’s heads of state are likewise favorably disposed to HCQ. In May, the White House doctor confirmed HCQ’s excellent benefit-to-risk ratio, and the president of El Salvador not only reported taking HCQ as prophylaxis for Covid-19 himself but asserted that “most of the world’s leaders,” including President Trump, have been doing the same. However, in what has turned out to be a gross understatement, the Salvadorean leader also admitted that “Sometimes what’s recommended to the people is something different than what’s recommended to the leaders.”

In March, the U.S. readily accepted millions of HCQ tablets donated by pharmaceutical giants Bayer and Sandoz for the U.S. Strategic National Stockpile, and the FDA even granted emergency use authorization for HCQ as a Covid-19 therapy, yet what has been recommended to the American people ever since has most certainly not been HCQ. In fact—ignoring over five dozen studies (and counting) that have shown CQ or HCQ to be effective against Covid-19 under certain conditions—the FDA revoked the drug’s Covid-19 authorization in June. Meanwhile, the nation’s number-one-ranked hospital, the Mayo Clinic, currently states on its website that there are no Covid-19 medications or cures.

At this point, when countries using HCQ are displaying a Covid-19 mortality rate that is “only one-tenth the mortality rate in countries where there is interference with this medication, such as the United States,” it is difficult to deny that an HCQ hit job is taking place both domestically and internationally. Columbia University medical graduate Dr. James Todaro recently declared as much: “If it seems like there is an orchestrated attack that’s going on against hydroxychloroquine, it’s because there is.”

2 thoughts on “Why Is Hydroxychloroquine Being Censored and Politicized?”