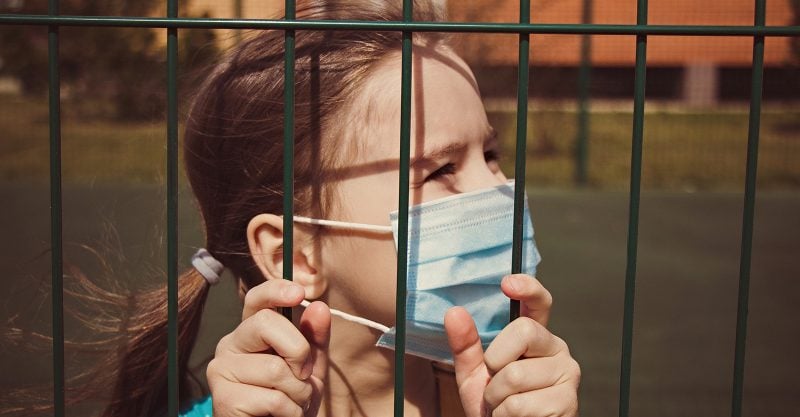 From the moment of “COVID-19’s” naming—and particularly since the imposition of unprecedented restrictions on “life, liberty and the pursuit of happiness”—some people have smelled a rat. And with each passing week, the smell becomes worse. A growing chorus of ordinary citizens and world-renowned medical and scientific experts is raising questions about matters ranging from the coronavirus’s origins to the rationale for continued lockdowns (see here, here and here).

The mainstream media have shown themselves only too ready to lob ad hominem attacks against any and all such non-conformists. However, one does not have to be insensitive to the illness and deaths associated with COVID-19 to recognize that powerful agendas are riding on the coattails of SARS-CoV-2. Citizens are waking up to the fact that the countries, officials and public figures who embrace draconian interventions such as immunity certificates, microchipping, forced vaccination and the removal of children from their homes also approve of making our sovereign rights—whether to earn a living, maintain bodily integrity, congregate to practice our spirituality, enjoy the arts or protect and educate our children—contingent upon our acceptance of these Big Brother measures and technologies.

To make it easier for the public to assess what is happening and what is at stake, Children’s Health Defense has put together the following timeline of selected events. We invite readers to consider how these events—some of them seemingly unrelated—and the network of partnerships and relationships that they illustrate have contributed to the unfolding set of circumstances in which we now find ourselves.

While the lockdown is a cataclysm for the world economy, it is an opportunity for Gates” and his billionaire brotherhood…

May 18: The U.S. Department of Justice (DOJ) and 20 states file antitrust charges against Microsoft.

2000: Bill Gates steps down from his position as Microsoft CEO, and Bill and Melinda Gates launch their eponymous foundation.

2000: The Gates Foundation (along with other partners) launches the Global Alliance for Vaccines and Immunisation (GAVI), known today as Gavi, the Vaccine Alliance. The foundation has given $4.1 billion to Gavi over the past 20 years.

November: After initially losing the antitrust lawsuit and appealing the decision, Microsoft settles its case with the DOJ out of court.

November 2002: University of North Carolina-Chapel Hill (UNC) researcher Ralph Baric publishes a “breakthrough work” in gain-of-function research (studies that alter pathogens to make them more transmissible or deadly, see Notes above), describing the creation of a synthetic clone of a natural mouse coronavirus.

October 28: A paper by the Baric research group at UNC describes their synthetic recreation of the “previously undescribed” SARS coronavirus. (Writing in 2020, a scientist states, “The speed of the Baric group illustrates how quickly a qualified team of virologists can create a synthetic clone from a natural virus, and therefore make genetic modifications to it. Moreover, that was back in 2003. Today, a qualified laboratory can repeat those steps in a matter of weeks.”)

December: Congress approves the Public Readiness and Emergency Preparedness (PREP) Act, which authorizes the Secretary of the Department of Health and Human Services (HHS) “to issue a PREP Act Declaration . . . that provides immunity from liability for any loss caused, arising out of, relating to, or resulting from administration or use of countermeasures to diseases, threats, and conditions determined in the Declaration to constitute a present or credible risk of a future public health emergency.”

January: Bill Gates pledges $10 billion in funding for the World Health Organization (WHO) and announces “the Decade of Vaccines.”

May 18: Senator and physician Tom Coburn calls out Dr. Fauci for misleadingly touting “significant progress in HIV vaccine research”—research that has ushered millions into NIAID’s coffers. Dr. Coburn stated, “Most scientists involved in AIDS research believe that an HIV vaccine is further away than ever.”

December 30: Dr. Fauci promotes gain-of-function* research on bird flu viruses, arguing that the research is worth the risk. The risks worry other “seasoned researchers.”

April 20: Baylor College researchers publish their evaluation of four vaccine candidates for SARS, concluding that “Caution in proceeding to application of a SARS-CoV vaccine in humans is indicated.”

May: The 194 Member States of the World Health Assembly endorse the Global Vaccine Action Plan (GVAP), led by the Bill & Melinda Gates Foundation in collaboration with NIAID, WHO, Gavi, UNICEF and others. Dr. Fauci is one of five members on the GVAP’s Leadership Council.

2014: Dr. Deborah Birx takes the helm of PEPFAR (the President’s Emergency Plan for AIDS Relief), which Dr. Fauci helped launch (in 2003) and which benefits from generous Gates Foundation support. Birx and Fauci are long-time allies, having worked together during the early years of AIDS and sharing overlapping career paths.

October 17: Under President Obama, the NIH halts federal funding for gain-of-function (GOF) research* (see Notes) and asks federally funded GOF researchers to “agree to a voluntary moratorium.” The funding hiatus applies to 21 studies “reasonably anticipated to confer attributes to influenza, MERS, or SARS viruses such that the virus would have enhanced pathogenicity and/or transmissibility in mammals via the respiratory route.” NIH later allows 10 of the studies to resume.

2015: NIAID, under Fauci, awards a five-year, $3.7 million grant to EcoHealth Alliance (whose director gets credit on subsequent publications for “funding acquisition” rather than scientific work) to conduct gain-of-function studies on the “risk of bat coronavirus emergence.” Ten percent of the award goes to the Wuhan Institute of Virology, which does “the bulk of the on-the-ground sample collection and analysis.”

September 24: UNC’s Ralph Baric is granted a patent for the creation of chimeric coronavirus spike proteins.

November 9: Baric and the Wuhan Institute’s Shi Zheng-Li (the leading GOF coronavirus researcher in China) publish what some refer to as “the most famous gain-of-function* virology paper” (in Nature Medicine), describing their creation of a synthetic chimeric coronavirus. The authors state: “[T]hese data and restrictions represent a crossroads of GOF research concerns; the potential to prepare for and mitigate future outbreaks must be weighed against the risk of creating more dangerous pathogens [emphasis added]. In developing policies moving forward, it is important to consider the value of the data generated by these studies and whether these types of chimeric virus studies warrant further investigation versus the inherent risks involved.”

February 8: The Modi administration in India severs ties with the Bill & Melinda Gates Foundation, after researchers blame the Gates-funded polio vaccination campaign for almost half a million cases of childhood paralysis.

December 19: The NIH and Dr. Fauci’s NIAID restore federal funding for gain-of-function*research, ending the moratorium that began in October 2014.

December 19: Dr. Marc Lipsitch of the Harvard School of Public Health tells the New York Times that the type of gain-of-function* experiments endorsed by Dr. Fauci’s NIAID have “done almost nothing to improve our preparedness for pandemics, and yet risked creating an accidental pandemic.”

2019: NIAID awards a six-year renewal grant of $3.7 million to EcoHealth Alliance and the Wuhan Institute of Virology to continue their gain-of-function studies on bat coronaviruses. The renewal is approved “unusually quickly,” receiving a “really extremely high priority for funding.”

October 18: The Bill & Melinda Gates Foundation, the World Economic Forum and the Johns Hopkins Center for Health Security convene an invitation-only “tabletop exercise” called Event 201 to map out the response to a hypothetical global coronavirus pandemic.

December 18: Researchers at the Massachusetts Institute of Technology (MIT) report the development of a “novel way to record a patient’s vaccination history,” using smartphone-readable nanocrystals called “quantum dots” embedded in the skin using microneedles—this work is funded by the Bill & Melinda Gates Foundation.

December 31: Chinese officials inform the WHO about a cluster of “mysterious pneumonia” cases. Later, the South China Morning Post reports that it can trace the first case back to November 17.

Jan. 31, 2020: A group of Indian scientists publishes a study finding HIV sequences in the 2019-nCoV coronavirus. The scientists withdraw the study withdrew the study within 24 hours, presumably under some pressure.

February 10: French and Canadian scientists publish a paper about the new coronavirus describing an “important” anomaly—12 additional nucleotides—not observed in previous coronaviruses. They suggest that the distinct feature “may provide a gain-of-function . . . for efficient spreading in the human population.”

March 16: NIAID launches a Phase 1 trial in 45 healthy adults of the mRNA-1273 coronavirus vaccine co-developed by NIAID and Moderna, Inc. The trial skips the customary step of testing the vaccine in animal models prior to proceeding to human trials.

March 17: The Nation publishes an analysis covering conflicts of interest in the Gates Foundation’s charitable giving, describing “close to $2 billion in tax-deductible charitable donations to private companies,” including GlaxoSmithKline (GSK), and “close to $250 million in charitable grants . . . to companies in which the foundation holds corporate stocks and bonds,” including Merck, GSK, Sanofi and other pharmaceutical corporations. A critic states that the foundation has “created one of the most problematic precedents in the history of foundation giving by essentially opening the door for corporations to see themselves as deserving charity claimants at a time when corporate profits are at an all-time high.”

March 22: U.S. bioweapons expert Dr. Francis Boyle repeats earlier statements that the purpose of Biosafety Level 4 (BSL-4) labs such as the Wuhan Institute of Virology “is the research, development, testing and stockpiling of offensive biological weapons” and that the new virus is a “weaponized” SARS coronavirus that leaked out of the Wuhan BSL-4 lab.

March 26: Dr. Fauci publishes an editorial in the New England Journal of Medicine (with senior NIAID official H. Clifford Lane and CDC director Robert Redfield), stating that “the overall clinical consequences of Covid-19 may ultimately be more akin to those of a severe seasonal influenza,” with a case fatality rate of perhaps 0.1%.

April 18: Professor Luc Montagnier, recipient of the 2008 Nobel Prize in Medicine for his discovery of HIV, appears on French television and states that SARS-CoV-2 has been “manipulated” to include “added sequences” from HIV. Professor Montagnier asserts that this “meticulous” insertion could only have been carried out in a laboratory. Others raise similar questions about the origins of SARS-CoV-2.

*Gain-of-function research: COVID-19 has prompted renewed questioning about a long-debated branch of virology that, around 2012, scientists benignly rebranded as “gain-of-function” (GOF) research. GOF experiments seek to generate viruses “with properties that do not exist in nature” or, stated another way, “alter a pathogen to make it more transmissible or deadly.” One of the leading proponents of GOF work is Dr. Ralph Baric at the University of North Carolina-Chapel Hill (UNC), a “legend in coronavirology” and “trailblazer of synthetic genomic manipulation techniques” who specializes in engineering lethal coronaviruses from “mail-order DNA.” Baric and other GOF enthusiasts argue that this type of viral tinkering is “critical to the development of broad-based vaccines and therapeutics,” but critics, such as Dr. Thomas Inglesby (director of the Johns Hopkins Center for Health Security), dispute this putative benefit.