Clark A and Antonio Balmer
The coronavirus crisis is creating dissent within the ranks of the armed forces. This is a worrying development for the capitalist class, and a harbinger of explosive developments to come.

It is a well-known feature of revolutionary history that the individual soldiers and sailors who make up the armed forces can be affected by the overarching mood in society and play a key role in the class struggle. The cramped quarters of Navy warships have been likened to “floating factories,” and given the proletarian background of most of their crews, these conditions can breed a fierce class hatred.

Add a deadly virus to the already volatile mix, and the stage is set for a social explosion.

In late March, after a port stop in Hanoi, an outbreak of COVID-19 began to ravage the crew of the US Navy’s Nimitz class supercarrier, the USS Theodore Roosevelt. Routine safety measures were no match for the virus on a ship with 4,500 sailors interacting in close quarters. By March 31, as many as 200 members of the crew had tested positive for COVID-19—a figure that would continue to multiply in the following weeks.

Faced with a desperate situation, Captain Brett Crozier, commanding officer of the ship, sent an open letter to the Department of the Navy, urging them to authorize on-shore quarantine measures and to provide more support for members of the Roosevelt who had contracted the disease. In fact, the Roosevelt had been forced to make an early port call at the US Naval Station in Guam due to the spreading infections. The letter was leaked to the San Francisco Chronicle, embarrassing and infuriating military leaders at the Pentagon. 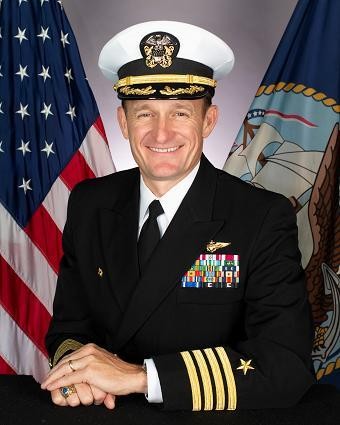 The response from the Navy was not supportive. On April 2, Thomas Modly, the then-Acting Secretary of the Navy, relieved Crozier of command and ordered him removed from the vessel. An online video was posted of Crozier leaving the vessel, with the Roosevelt’s crew on deck cheering him and chanting his name. To the rank and file, an officer standing up to leadership at such a high level to advocate on their behalf is almost unheard of. Then, Modly, who previously sat on the Defense Business Board of a $42 billion consulting firm, actually flew all the way out to Guam—at a reported cost of $243,000—to personally berate the crew, calling them “stupid,” and Captain Crozier “naïve.” His profanity-laden rebuke was also leaked by members of the crew.

Modly was defiantly heckled by the sailors, and after the subsequent public outcry, he resigned on April 7. As of the writing of this article, there have been over 1,100 positive cases of COVID-19 among the crew of the Roosevelt—including Crozier himself. One crew member, a junior enlisted sailor, has died. The crew continues to languish in port as Crozier’s dire prediction came true. This saga of higher-level commanders ignoring the warnings of the people “on the ground” is all too familiar to the military rank and file.

The public heckling of Thomas Modly was a significant event. No matter how unpopular the leader, service members will almost always “sit there and take it,” both out of a sense of professionalism—and out of fear of punishment. The response of the Roosevelt’s crew reflects a population on edge, and provides a snapshot of the growing discontent among the ranks of US imperialism’s “special bodies of armed men.”

The declining morale was already an unfolding process before the pandemic broke out. As the slow-burning foreign interventions, proxy wars, and plodding imperial gambits of the US ruling class drag endlessly on, support for these imperialist ventures has plummeted among the ranks. A 2019 study showed that 51% of service members wanted to leave the military, and only 45% would recommend joining to others. 64% of US veterans say that the wars in Iraq and Afghanistan were “not worth it.” An increasing number of veterans and active-duty service members are beginning to speak out against the wars, and as new fronts in the game of imperialist chess open up in Africa and elsewhere, incidents like that on the Roosevelt will only increase.

American imperialism currently has over 200,000 troops overseas, stationed at roughly 800 bases. In normal times, there are around 5,260 daily military flights. These include combat sorties and cargo hauls, but also personnel movements. These are important vectors for worldwide disease transmission—and a major factor in the climate crisis. 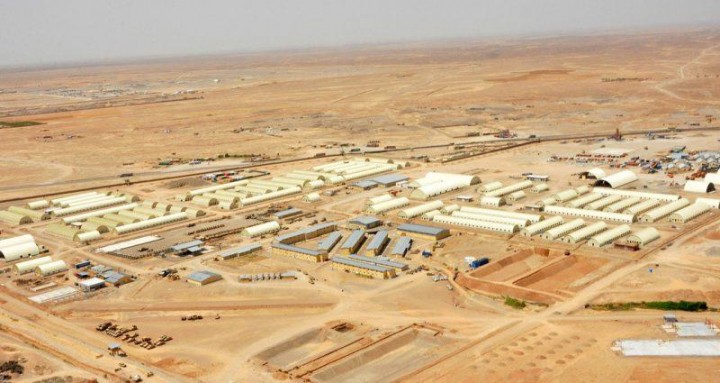 In fact, an astonishing report from Brown University concluded:

“Since the invasion of Afghanistan in 2001, the US military has emitted 1,212 million metric tons of greenhouse gases. In 2017 alone, CO2 emissions added up to 59 million tons—more than many industrialized nations including Sweden and Switzerland … War and preparation for it are fossil fuel intensive activities and along with being the single largest consumer of energy in the US, the Department of Defense is the world’s single largest institutional consumer of petroleum.”

While orders have been given to halt most non-essential and personal travel, current guidance does not suspend mission-essential operations. Flights are still being made, and the flow of new recruits to basic training bases—new grist for the mill—have not stopped. The machinery of imperialism grinds on.

In another, less-publicized incident, soldiers stationed at Joint Base Lewis-McChord in Washington state leaked to the Army Times that they were still being made to conduct PT, formations, and field training—crammed 20 to a tent—in violation of Department of Defense directives. The media attention ultimately forced the facility to suspend training.