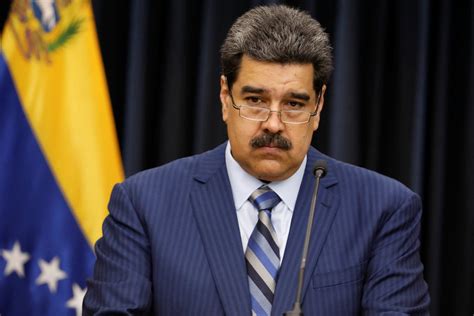 The US State Department is dangling millions of dollars in reward money in exchange for information that could be used to arrest Venezuelan President Nicolas Maduro, his VP, or other senior officials on drug trafficking charges.

The eye-popping reward of up to $15 million is being offered for “information related to Nicolas Maduro Moros” with regard to his alleged involvement in “international narcotics trafficking,” the State Department announced on Thursday, signaling a hard shift in its regime-change policy against the socialist nation.

The rewards were unveiled on the same day as the US Justice Department unsealed indictments against the Venezuelan leaders for the same drug trafficking crimes – suggesting that Washington’s evidence isn’t as solid as Attorney General William Barr has claimed.

Indictments in Miami and New York accuse the officials of participating in a “narco-terrorism conspiracy” with Colombian guerrilla group FARC, to “flood the United States with cocaine.” But if evidence against Maduro and his compatriots is at such a premium that the State Department will pay $15 million for it, the Venezuelans are unlikely to see the inside of a US court anytime soon […]

7 thoughts on “$15 MILLION REWARD: US Indicts Maduro for Narcotics Trafficking”