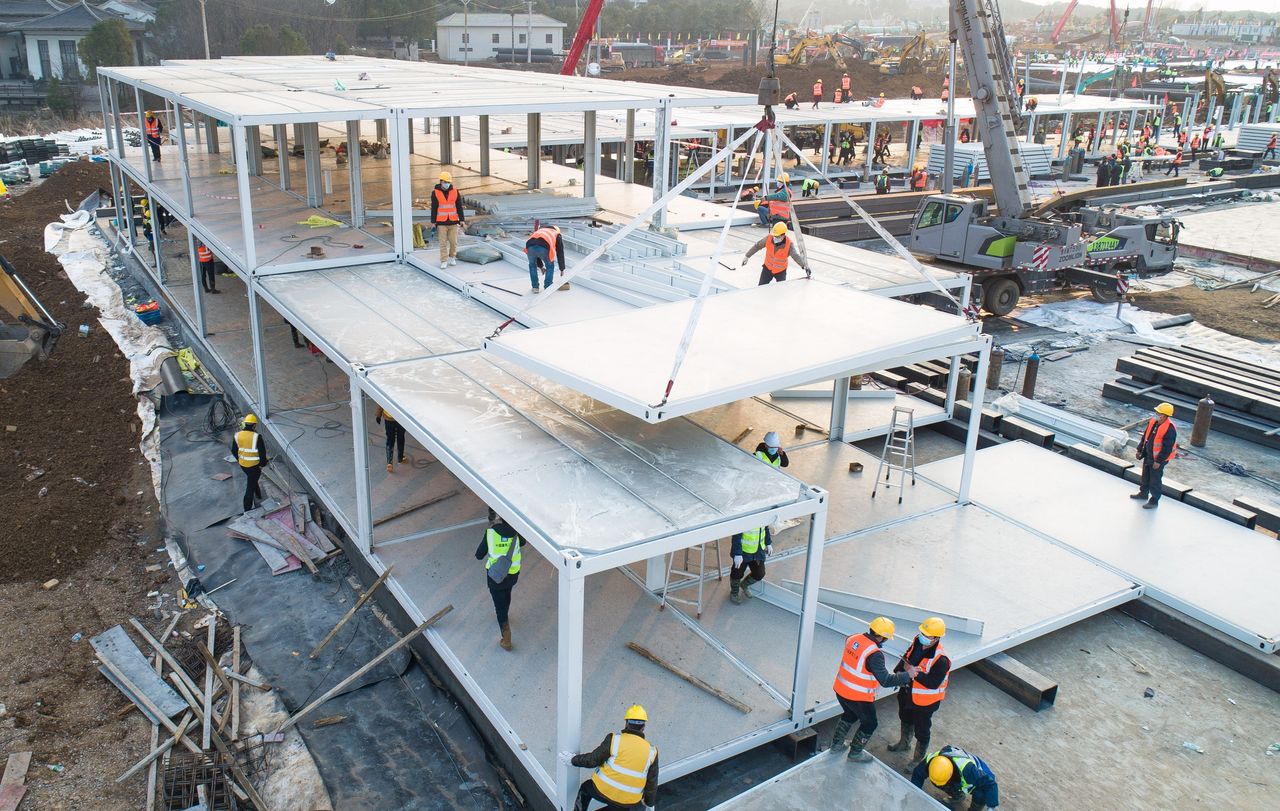 China Built Two Coronavirus Hospitals in Just Over a Week

The United States has none of the systems or infrastructure that would allow it to accomplish what China has done to fight mass infection.

“While Americans can’t find hand sanitizer at any price, the Chinese government built new hospitals in just one week’s time.”

The only thing more frightening than the COVID-19 virus spreading around the world is the knowledge that this country is woefully unprepared to protect people from it. The response to the epidemic would be funny if it were not so dangerous. First, the austerity regime cut the Centers for Disease Control (CDC) division responsible for fighting infectious disease outbreaks. But condemning Donald Trump’s decision making is the easy part. Analyzing bigger issues regarding health care and the inherent inefficiencies created by capitalism is much harder.

We are constantly told that socialism doesn’t work. But it is socialist China, where the virus began, that has made the most headway in slowing its spread. Conversely, the United States has none of the systems or infrastructure that would allow it to accomplish the same thing. It is capitalism that doesn’t work well when human needs must be met.

There is a constant demand to designate the United States as the best country in the world with the best health care system. In fact health care delivery here is nowhere near being best. The for-profit system certainly rakes in cash for insurance companies and big pharma. But health care outcomes are mediocre at best and other countries do a far better job for far less money. The most basic needs of patients and health care workers are often unmet. Health care workers complain they haven’t received proper training to protect themselves even as they treat COVID-19 patients.

“It is capitalism that doesn’t work well when human needs must be met.”

While Italy, another capitalist nation, has been placed off limits because of the high number of COVID-19 cases, China reports declines in new infections and improvements in treatment protocols. While Americans can’t find hand sanitizer at any price, the Chinese government built new hospitals in just one week’s time.

The profit motive which is constantly touted as the cure all in every situation is instead the cause of every problem. There are other nations which allow private health insurers to operate but they regulate how much money they can make and how they can operate.

The so-called greatest country passes up no opportunity to allow the predators to extract from their victims. The failed state doesn’t have enough of the tests needed to diagnose COVID-19 and those who manage to be tested and treated can be charged up to $3,000 for what ought to be a right and free of charge […]

via Freedom Rider: Corona Virus and the Failed American State