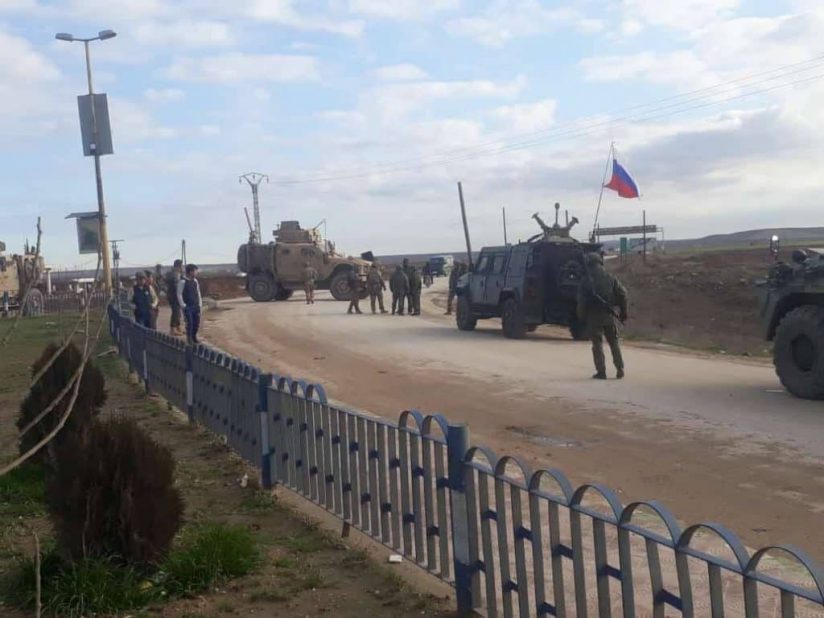 This is now the fourth time this has happened that we know of. US troops in northeastern Syria keep blockading the M4 highway to prevent Russian troops from moving on it.

In fall of 2019, to prevent a Turkish invasion of the Kurdish-held northeastern Syria, the Pentagon hammered out a deal with the Turks for joint US-Turkish patrols on the Syrian side of the Syrian-Turkish border.

As soon as that happened however Trump, after a talk with Erdogan, declared and ordered a US military withdrawal from Syria. At this moment Russia jumped in and took over the US role in the formerly US-Turkish agreement. To minimally appease Erdogan and limit his invasion it would now be Russians who patrolled together with the Turks, which was welcomed by the Kurdish leadership.

In separate negotiations with the Kurds the Russians also gained a number of bases in the northeast to make the patrols possible, and thousands of Syrian army troops also poured in to reinforce the Kurds against the Turkish invasion in the limited sector it was taking place in.

At this point Trump reversed himself, saying US forces would stay in Syria, but only in the oil-rich parts. But the withdrawal from the Syrian-Turkish border, where US presence had hampered US-Turkish relations, would be permanent.

Blue is the obvious path, but the Americans insist the Russians must hug the border along the red path

What is happening now is that when the Russians coming from the west want to take the direct and obvious route to their facilities in the city of Qamishli they periodically encounter US troops near the town of Tell Tamr standing in their way.

The Americans block the road with their vehicles and demand the Russians take the longer, indirect way to Qamishli along inferior roads hugging the Syrian-Turkish border.

It appears that so far the Russians have in every case backed down, and did not try to force their way through. It is not known however if they really used the border paths or if they just went around the Americans and then returned to the highway.