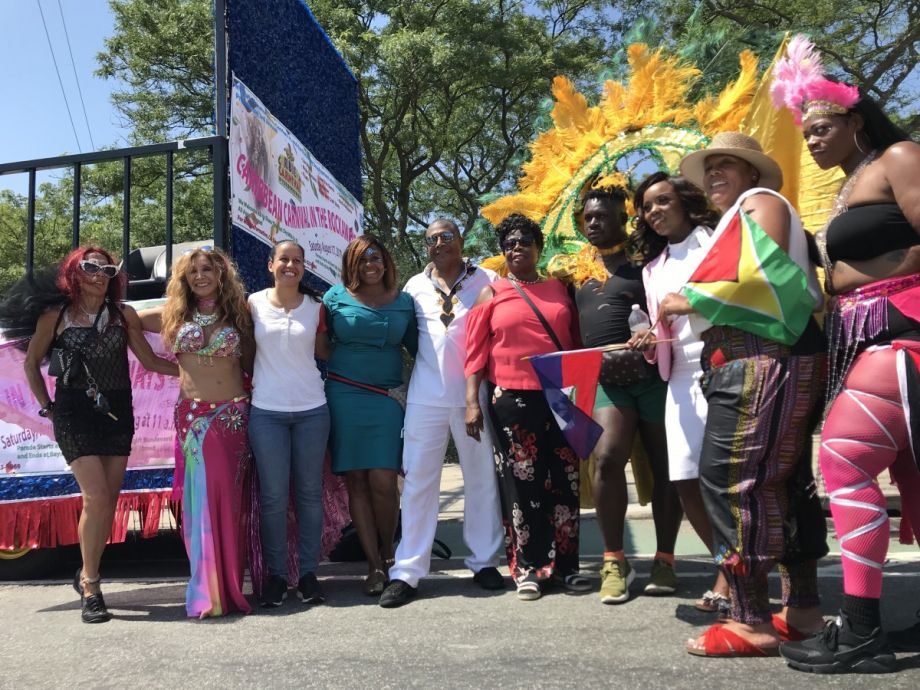 It’s a sunny August Saturday in Far Rockaway, and New York State Senator James Sanders Jr. could hardly be more in his element. He’s riding high, not only on his parade float leading the 3rd Annual Carnival in the Rockaways, but also in his relatively new position as chair of the NY State Senate Committee on Banks.

Both of those positions will be crucial for Sanders as he prepares to take on Wall Street in the 2020 state legislative session.

People come out as the parade comes by to sit on stoops, porches, stand out in front of stores, and along sidewalks. Many join the parade itself, which seems to get bigger and bigger as it moves through the neighborhood, up the main drag along Beach 20th Street, then a few blocks up Mott Avenue and hanging a left down Beach Channel Drive to the final destination and festival at Bayswater Park.

After some lunch and standard hob-nobbing in the VIP section of the festival, Sanders leaves his staff behind and takes me on a leisurely walk around the festival, checking-in on vendors and the crowd. Everybody seems happy to see him and say hello.

“This is why I can pursue a progressive agenda,” Sanders tells me. “These voters. There’s an African saying, ‘When a tree has strong roots, it need not fear the wind.’ And our roots are so strong, if the one percent wants to get mad at us, they have that right. They can spend as much money as they wish. Just look around, is it going to do anything for them? Help yourself, knock yourself out. We are here to serve these people.”

The state senator has also put his float at the front of the parade to take on Wall Street, and he’s hoping many will come join him along the way. Last session, he introduced S5565, a bill that would make it easier for cities and counties in New York State to create their own public banks, which would hold municipal and county deposits and leverage those dollars to serve local borrowers and neighborhoods currently neglected by big banks. He hopes to pass the bill in the 2020 session.

California organizers successfully overcame Wall Street opposition to win similar legislation in their state last year. Like them, Sanders looks to the hundred year-old Bank of North Dakota as a model for how a public bank would work. Under his legislation, city- or county-owned public banks would be prohibited from competing with the private sector. Instead, cities or counties would deposit tax dollars and other revenues into a local public bank, which would work primarily as a banker’s bank, partnering with community banks, credit unions and loan funds to leverage public deposits in various ways designed to support local businesses and other financing needs like affordable housing […]

Via Who’s Afraid of Public Banking in New York