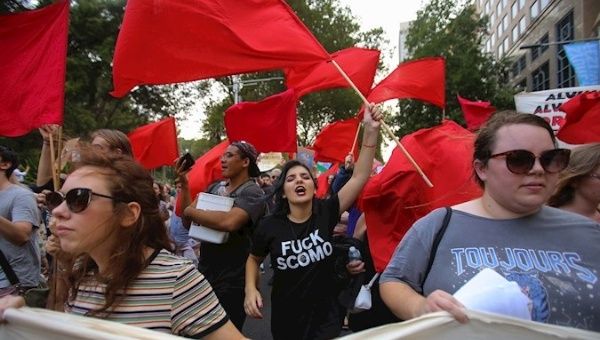 “We protest because these fires are unprecedented, they have been burning since September. We need urgent action to stop this tragedy and the climate crisis,” Students for Climate Justice activist Anneke De Manuel said.

In Sydney’s financial center, over 30,000 people protested energetically against ScoMo remembering that the Australian Prime Minister went on vacation precisely when the fire crisis was directly threatening the lives of thousands of people.

Previously, this conservative politician publicly expressed his support for highly polluting economic activities and refused to relate the worsening of forest fires to global climate change.

Due to his attitudes against environmental protection, Scott Morrison has earned the nickname of “the Australian Bolsonaro,” an expression which alludes to Brazil’s President Jair Bolsonaro, a pro-business climate change denier who became world-famous for letting the Amazon rainforest burn […]