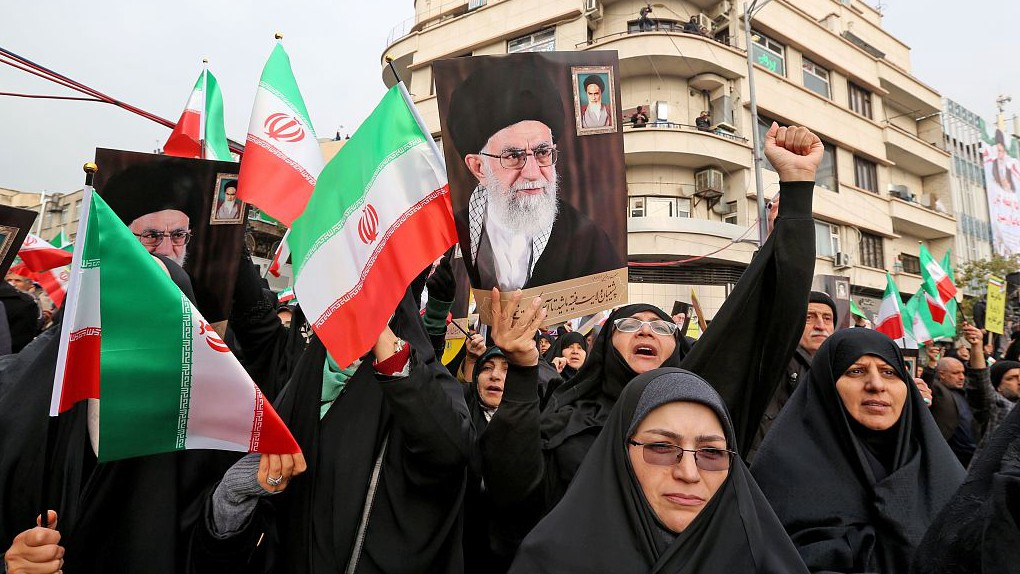 “These elements had received CIA-funded training in various countries under the cover of becoming citizen-journalists,” the Intelligence Ministry told IRNA.

Among them, “six were arrested while attending the riots and carrying out (CIA) orders and two while trying to… send information abroad,” said ministry authorities.

The unrest, which began in October, soon lost control with banks, petrol pumps and police stations vandalized in some areas by protesters. 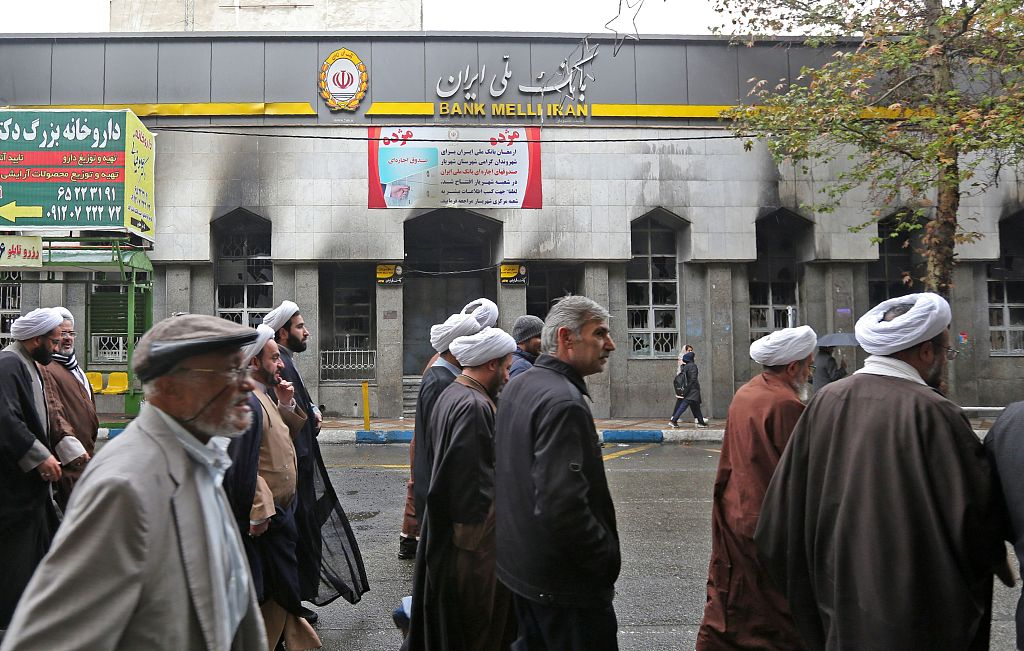 The branch of a local bank that was damaged during demonstrations against petrol price hikes in Shahriar, west of Tehran, November 20, 2019. /VCG Photo

Upon the end of the fuel protest, Iranian Supreme Leader Ayatollah Ali Khamenei said on Wednesday that the violent turnout following the oil price hike was a plot set by the United States.

“The people foiled a deep, vast and very dangerous conspiracy on which a lot of money was spent for destruction, viciousness and the killing of people,” said Khamenei on the state TV.

Condemning the U.S. interference in the unrest and showing support for the Iranian government, large numbers of Iranians across the country went on the street holding slogans and images of their leaders on Wednesday.

It was not the first time that the ministry claimed that they identified CIA affiliated spies in the nation.

Back in July, the agency said that they had arrested in total 17 by March 2019, the end of last Iranian calendar year. Some received death penalty and some were sentenced to long imprisonment […]

via Iran arrests 8 ‘linked to CIA’ during unrest–state media