The Measles Vaccine Narrative Is Collapsing 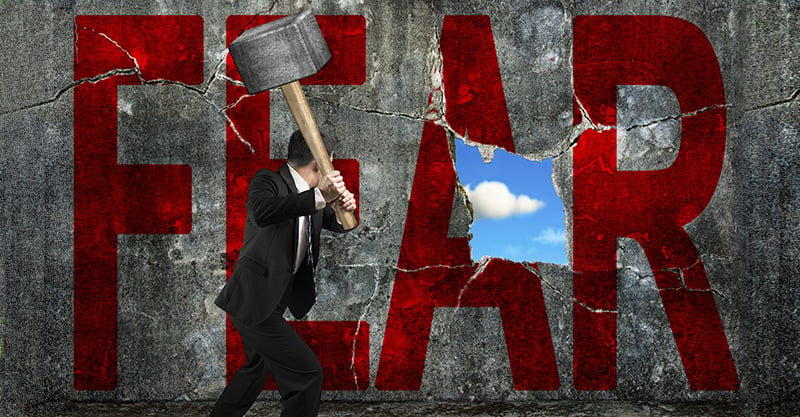 What follow are my rebuttals to each of these falsehoods.

Falsehood #1: If measles return, thousands of children will die annually in the U.S.

Hyper-exaggeration of the measles threat—and the fear that this exaggerated threat produces in the population—are what the vaccine industry and public health officials are counting on to drive public compliance and legislative action to remove freedom of choice. However, it is time to put this unreasonable fear of measles to rest. The real risks from measles in modern-day America pale in comparison with vaccine injuries and adverse effects on our children’s health (pages 561-564). The measles vaccine has been responsible for serious vaccine injuries, permanent disabilities and deaths.

Although the vaccine industry likes to take credit for the decline in measles deaths, U.S. government statistics tell a very different story. When the first ineffective and problematic measles vaccine was introduced in 1963 (with a second vaccine introduced in 1968), the rate of deaths attributed to measles had already declined by over 98%—between 1900 and 1962—and was continuing its downward trajectory. Some government statistics even say that the measles death rate had decreased by 99.4% prior to the vaccine’s introduction. Regardless of which figure one uses, that is nearly a 100% decline. Moreover, there is no reason to believe that the death rate would have stopped falling if no vaccine had come along. Thus, to suggest that the measles vaccine had anything to do with the decline in measles mortality is dishonest and a poor attempt at rewriting history.

Prior to the introduction of the vaccine, the government-reported mortality rate for measles was approximately 1 in 10,000 cases. However, in another attempt to exaggerate the facts, officials now often report the rate as 1 in 1,000 cases. What needs to be understood is that 90% of all measles cases were never reported because parents never took their children to the doctor. Most measles cases were mild, lasting just a few days, at which point kids went back to school and life went on. No big deal. In the 1950s and ‘60s, people viewed measles as an inconvenient yet harmless condition that virtually everyone got and recovered from, leaving them with lifelong protection.

Only about 10% of overall cases were severe enough for those affected to seek medical care, and among the subset of cases that sought medical care and were reported, the fatality rate was about 1 in 1,000. By leaving out the crucial word “reported,” news outlets thus inaccurately present the death rate as 1 in 1,000 cases instead of the far more accurate 1 in 10,000 cases. 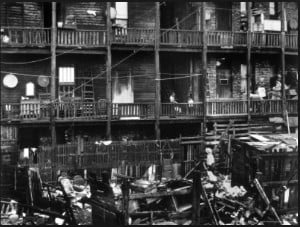 There is another crucial fact to consider. Studies show that measles fatalities were 10 times higher in extremely low-income, poverty-stricken communities compared to middle-income communities (pages 487-488). The increased incidence of fatalities in poor communities drastically skewed the overall death rate. The death rate in middle- and upper-income areas may have been around 1 in 100,000 cases.

The measles mortality graph confirms that measles was more deadly in the late 19th and early 20th centuries in the U.S., and this was also the case in Western Europe. 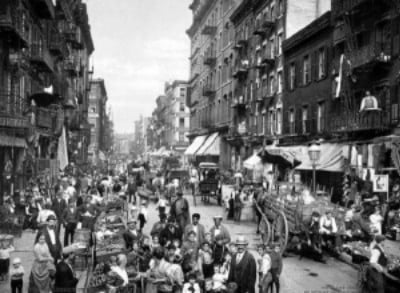 In fact, in the 1800s and early 1900s, large cities were ripe for the spread of infectious diseases, due to malnutrition, overcrowding, inadequate personal hygiene, poor sanitary conditions, lack of vitamins and vitamin-fortified foods and limited access to appropriate medical care. In addition, horses were the main mode of transportation and left the narrow streets full of manure. Flies and rats were everywhere. All of these factors weakened people’s immune systems. 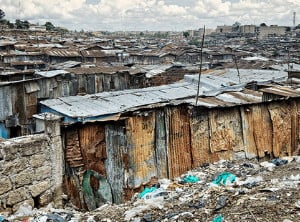 In the present age, measles remain deadlier in some countries than others. This is because conditions in impoverished parts of the world today are similar to urban conditions in the industrialized world in the mid to late 1800s and early 1900s. It is still commonplace for poorer countries and communities to be afflicted by many of the same problems that large American cities once experienced. As already noted, these conditions create an environment ripe for infectious disease 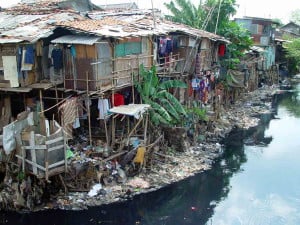 and weaken people’s immune systems to the point where they are unable to fight even the mildest of infections. However, these descriptions and pictures certainly do not represent the standard of living that prevails in the U.S., Western Europe and other advanced societies today! This is why the fear-mongering, hysteria and lies about measles returning and decimating our children are so disingenuous.

As the insatiable, profit-driven vaccine makers push measles hysteria, the media—beholden to the pharmaceutical industry for advertising revenue—are their mouthpiece. None of these parties want people to know that solutions other than vaccines exist. Yet we know that vitamin A is a powerful weapon in the arsenal to reduce rates of measles complications. In fact, the World Health Organization (WHO) promotes vitamin A supplementation in developing countries where measles is epidemic, and its vitamin A campaigns have been heralded as huge successes (see pages 470-471, 481-483 and 687). In addition to vitamin A, modern-day Americans have access to herbal and natural antiviral compounds that can reduce the risk of complications and shorten the illness’s duration. Immune-compromised persons also have access to immune globulin therapy, which is extremely effective in bolstering the body’s resistance to infection and reducing measles complications.

To understand the dynamics of why measles was so deadly 70 to 100 years ago, what makes it deadly in impoverished parts of the world today AND why the death rates declined for measles and other infectious diseases nearly 100% without vaccines, read the section titled “The Truth about the Decline of Infectious Diseases” in my free eBook, 1200 Studies. (Link at the bottom of the article.)

Falsehood #2: The two-dose MMR vaccine regimen will provide lifelong protection in most people

On its website, the Centers for Disease Control and Prevention (CDC) states the following:

“People who receive MMR vaccination according to the U.S. vaccination schedule are usually considered protected for life against measles and rubella. While MMR provides effective protection against mumps for most people, immunity against mumps may decrease over time and some people may no longer be protected against mumps later in life. Both serologic and epidemiologic evidence indicate that vaccine-induced measles immunity appears to be long-term and probably lifelong in most persons.”

This information is outdated and has been proven completely wrong! The information may have been somewhat accurate when there were still large numbers of aging people in the population who had wild measles as children—giving them lasting immunity—and when some children still experienced wild measles, thereby providing adults with natural “boosters.” However, that dynamic changes over time as more people are vaccinated.

Over the last few years, we have learned that antibody levels produced by the measles vaccine wane rapidly, dropping approximately 10% per year, with efficacy lasting no more than 10 years after the second vaccine dose. A 2018 article published in the journal Vaccine (titled “Measles, mumps, and rubella antibody patterns of persistence and rate of decline following the second dose of the MMR vaccine”) confirms this fact, and a 2017 study published in the Journal of Infectious Diseases (titled “Measles virus neutralizing antibodies in intravenous immunoglobulins: Is an increase by revaccination of plasma donors possible?”) explains how additional vaccine doses provide no lasting protection. These two factors—the waning of the vaccine and the inability to effectively revaccinate back into protection—leave the previously vaccinated adult population completely unprotected.

In essence, measles vaccination programs may work initially (scientists call this the “honeymoon period”), but only when many children have already experienced wild measles at baseline, developing lifelong immunity and staying safe and immune as adults. That natural immunity can keep measles infections in check for several years. As vaccinated children age out of protection and vaccination rates for younger children remain high, there are no longer (as in the pre-vaccine era) young children with wild measles in the population to provide natural boosters to adults. Over time, vaccine-induced antibody levels drop throughout the aging population, leaving people vulnerable to infection. Sadly, the honeymoon is then over (pages 503-504).

The measles vaccine has destroyed the natural herd immunity we used to enjoy—and the pseudo “herd immunity” highly touted by vaccine proponents turns out to be a complete fallacy, falling apart due to the vaccine’s failure to provide the promised lifelong immunity (pages 572-578). This explains why such a high percentage of the people contracting measles in recent outbreaks are vaccinated adults. For example, during the infamous 2015 Disneyland outbreak and subsequent U.S. measles cases that year, laboratory virus sequences were available for 194 cases. Of those, 73 (38%) were identified as MMR vaccine sequences. While officials like to blame the unvaccinated for measles outbreaks, these and other statistics show that the vaccinated are susceptible. In addition, the age of the California cases ranged from six weeks to 70 years old, with a median age of 22. In the pre-vaccine era, half of all children had measles by age six, with the rest acquiring the illness in the years shortly thereafter—this is when measles are mildest and have the lowest rate of complications. The fact that so many of the California cases were in their 20s or older indicates a significant upward trend in measles incidence at older ages due to vaccine failure.

There is another unintended consequence resulting from low measles antibody titers in previously vaccinated adults: women of childbearing age do not have enough antibodies to pass sufficient amounts to their newborn babies. This makes their infants more susceptible to contracting measles (pages 574-578). Of the 110 California cases from the Disneyland outbreak, 12 (11%) were infants too young to be vaccinated. These infants most likely would have been protected if their mothers had contracted wild measles as children.

In short, the science shows a shift in the demographics of measles cases due to the vaccine program. This shift has effectively transferred the risk to the two groups most vulnerable to serious complications, namely newborns and adults. Scientists are also recognizing the same pattern of vaccine failure for other infectious diseases over which we thought we had achieved control (pages 588-591).

Research published in 2017 in the Journal of Infectious Diseases demonstrated that additional doses of MMR given to adults have minimal effect on raising antibody levels, and the increased titers are very temporary—decreasing in under four months! Therefore, the kneejerk reaction by some vaccine proponents to mandate adults to get MMR shots every five to 10 years won’t work. It is readily apparent that we cannot vaccinate our way out of this problem (pages 577-578). So, what do we do now? It’s like squeezing toothpaste out of the tube. You can’t put it back in! […]

The Measles Vaccine Narrative Is Collapsing

4 thoughts on “The Measles Vaccine Narrative is Collapsing”