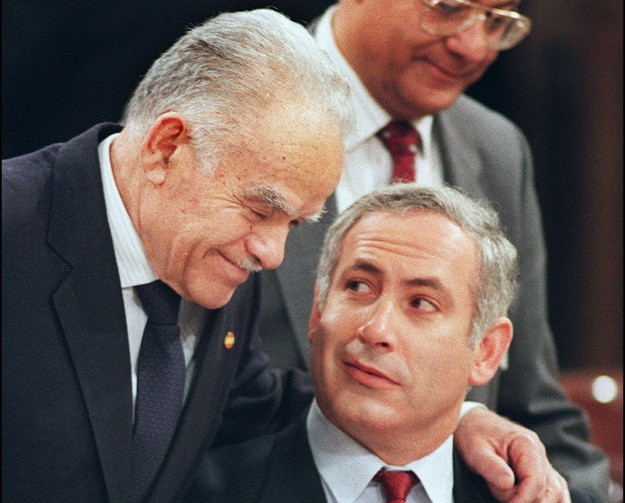 Yitzhak Shamir and Benjamin Netanyahu at the Madrid conference, October 1991. Under pressure from the U.S. to reach a peace settlement with the Palestinians, Shamir created “Mega”, a group of rich American Zionists, to support Israel. 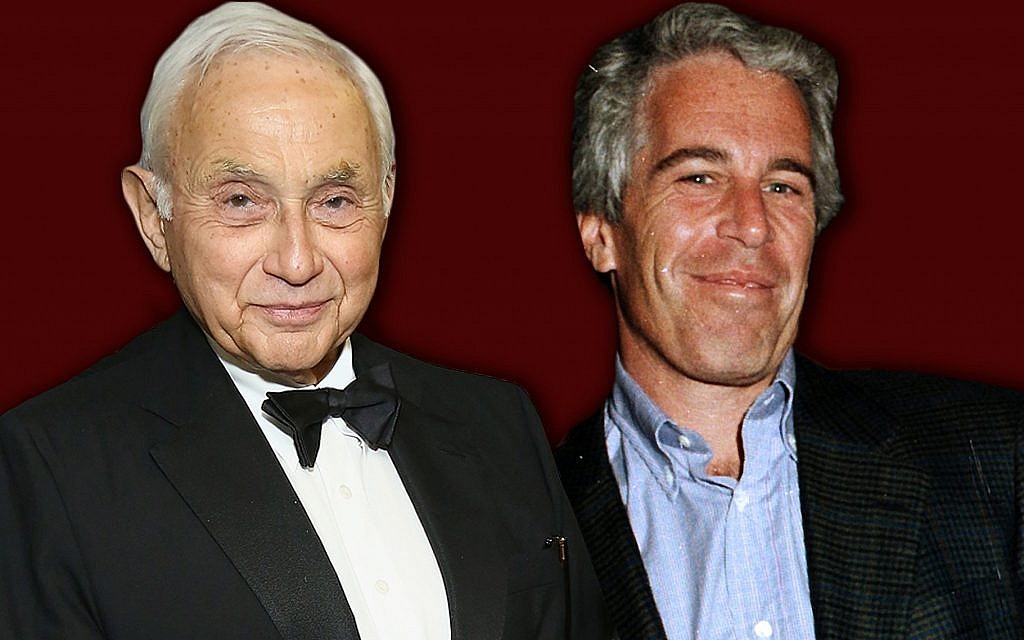 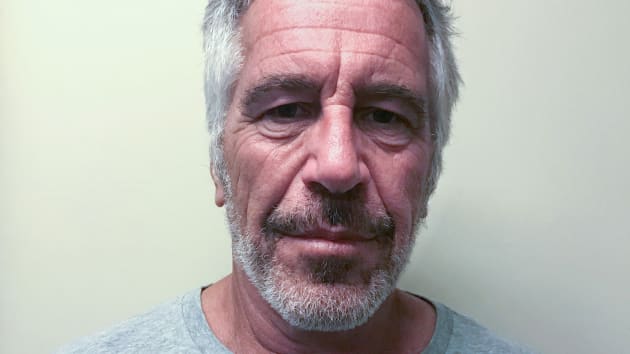 Epstein was arrested in July 2019 on federal charges for sex trafficking of minors in Florida and New York. He is reported to have died in his jail cell on August 10, 2019. 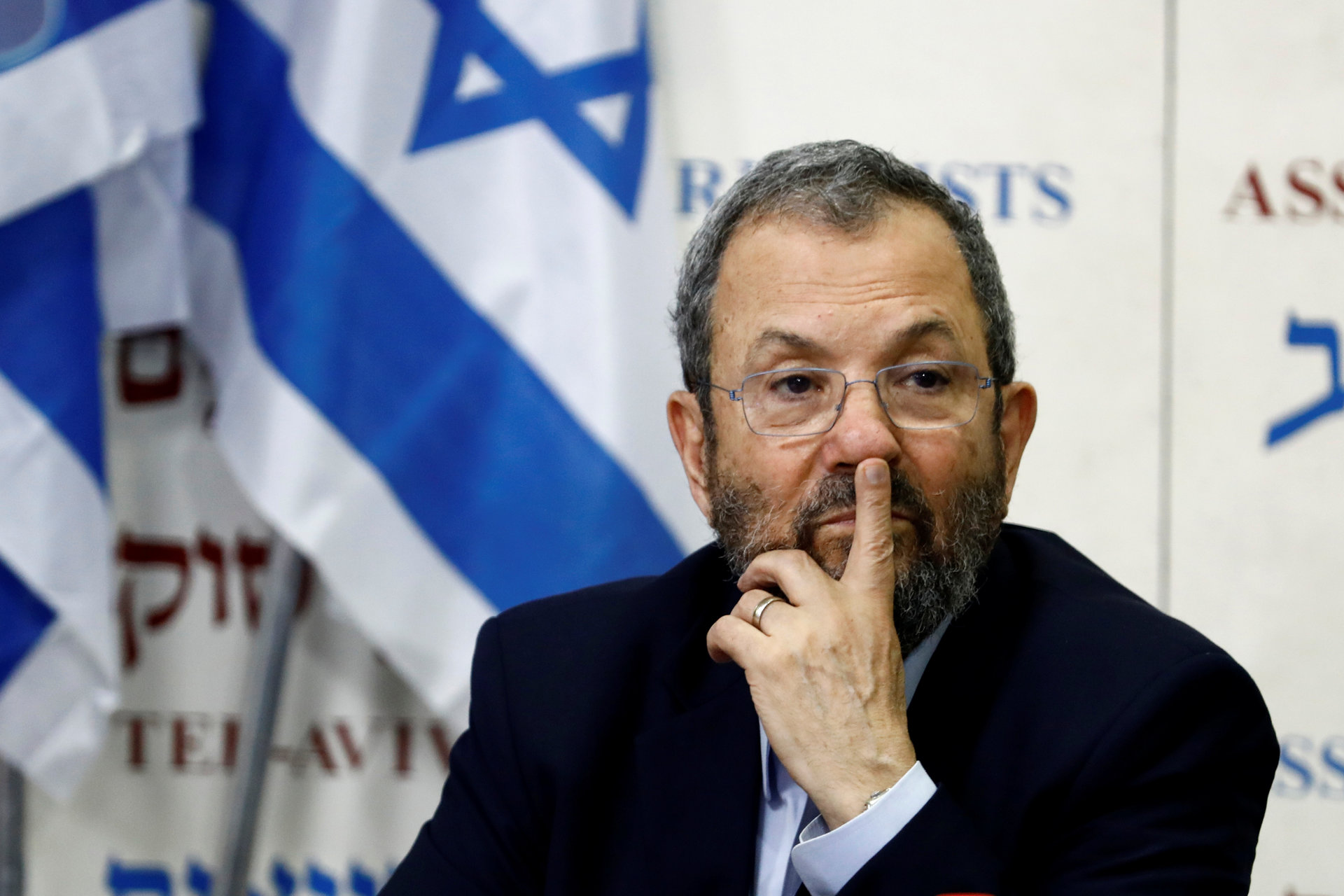 Ehud Barak and Jeffrey Epstein have been partners for years. Epstein financed and managed the Wexner Foundation, which gave Barak $2.3 million in 2004, as reported by Israeli journalist Erel Segal. (Source:  Revealed: Jeffrey Epstein Entered Partnership Worth Millions With Ehud Barak in 2015, Haaretz )

Michael Chertoff, the former Assistant Attorney General who managed the “non-investigation” of 9-11 (i.e. the cover-up), is on the board of advisors of Ehud Barak’s company, Carbyne, which was funded by Jeffrey Epstein. This connects the criminal network behind 9-11 with the Epstein blackmail operation.

The most obvious part of the 9-11 agenda was to launch the Global War on Terror, which has become the longest and most expensive war in U.S. history. The fact that the public is not shouting from the rooftops against this costly and fraudulent military campaign is an indication of how successful the 9-11 cover-up has been. Since 9-11, some seven trillion dollars have been wasted on waging wars in the Middle East in which there is no real U.S. interest or benefit to the American people, as President Trump said on April 28, 2018.

On 9-11, Ehud Barak was the first person to promote the false narrative by placing the blame for the terror attacks on Osama Bin Laden and calling for a U.S.-led Global War on Terror, which he did from the London studios of the BBC World television network and Rupert Murdoch’s Sky News – all before the towers had fallen on September 11, 2001.

Assistant Attorney General Michael Chertoff was responsible for the federal investigation of 9-11 as head of the criminal division of the Department of Justice. Chertoff’s effort is better described as a “non-investigation” because rather than solving the crime it resulted in the immediate and massive destruction of evidence from the crime scenes where some three thousand people were murdered on 9-11.

The fact that Michael Chertoff now sits on the board of advisors of Ehud Barak’s company, Carbyne, and that Jeffrey Epstein invested millions of dollars into Barak’s enterprise is a solid line connecting the criminal network behind 9-11 with the Epstein sexual blackmail operation.

This is how it works. Epstein’s blackmail operation was designed to control politicians and other agents of influence, which is exactly what is required to maintain a high-level 9-11 cover-up for eighteen years. The fact that Epstein’s racket was supported by Leslie Wexner, a member of the Mega group, is more evidence that Epstein and his partner Ghislaine Maxwell were working for an operation run at the highest level by Israeli intelligence. The Mega group consists of U.S.-based Zionist billionaires dedicated to serving the state of Israel. Mega was established in 1991 during the reign of the former terrorist leader Yitzhak Shamir as Israel’s prime minister.

As Gidi Weitz reported in the Israeli newspaper Haaretz on July 11, 2019:

In 2015 Barak set up a limited partnership, in which he is the sole shareholder. That company invested in Reporty Homeland Security, established in 2014, becoming a major shareholder. Last year Reporty changed its name to Carbyne. The company develops call-handling and identification capabilities for emergency response services.

Barak is the chairman of Carbyne and according to reports by [sic] business media outlets, his personal investment in the company totals millions of dollars in it. Haaretz has learned that Epstein financed a considerable part of the investment, thus becoming a partner in the project.

via The Epstein Connection to 9-11