Culture Jam is one of my favorite documentaries of all time. It describes a guerilla movement which started in the 1970s and was popularized by the Billboard Liberation Front. The goal of culture jamming is to counter pervasive the consumerist messaging in contemporary society.

The movement came to wide public attention with the publication of Canadian anarchist Kalle Lasn’s 1999 book Culture Jam: The Uncooling of America and the launch of  Adbusters magazine

The main focus of the Billboard Liberation Front was to covertly “improve” on billboard advertising to help it more accurately reflect post industrial capitalism. Some examples below: 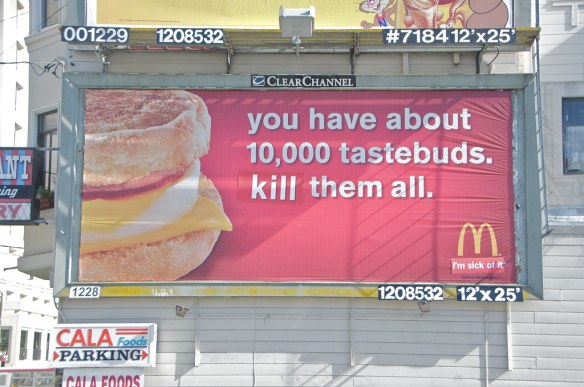 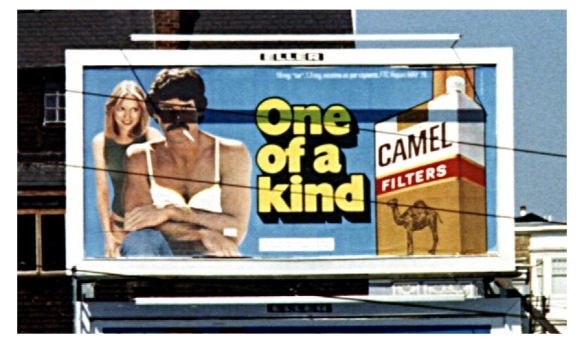 Other culture jammers featured in the film include a woman who operates solo pasting anti-consumerist stickers on cash machines and other high traffic targets and Reverend Billy from the Church of Stop Shopping. Filmmakers capture Reverend Billy and his flock praying with Disney Store customers in Times Square to help them resist their compulsion to purchase new Disney products.

The film, which can’t be embedded for copyright reasons, can be viewed free at Culture Jam

6 thoughts on “Culture Jamming: The Grassroots War Against Mind Control”