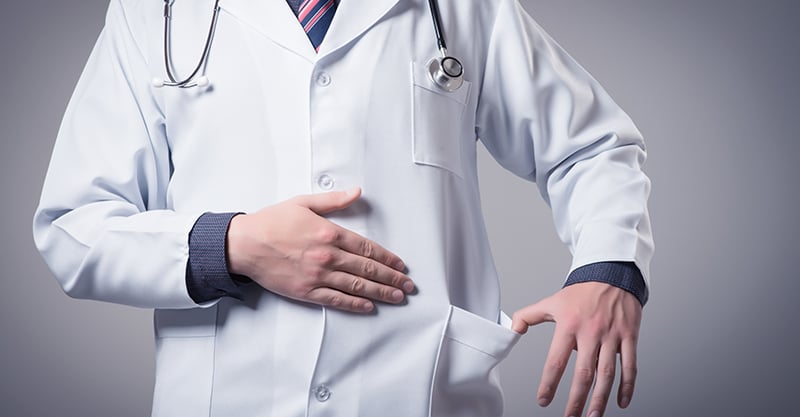 [Note: This is Part X in a series of articles adapted from the second Children’s Health Defense eBook: Conflicts of Interest Undermine Children’s Health. The first eBook, The Sickest Generation: The Facts Behind the Children’s Health Crisis and Why It Needs to End, described how children’s health began to worsen dramatically in the late 1980s following fateful changes in the childhood vaccine schedule.]

The pharmaceutical has a “complex and mutually-dependent” relationship with physician trade groups and physicians. Although the details are not always fully or accurately documented, the funding trail can often provide revealing clues. Thus, the American Academy of Pediatrics (AAP), one of the most notorious vaccine industry front groups, receives funding from all four manufacturers of childhood vaccines in the U.S. (Merck, Pfizer, Sanofi, GlaxoSmithKline). The AAP also gets substantial funding from the Centers for Disease Control and Prevention (CDC)—more than $20 million since 2009—over a third of which is explicitly vaccine-related.

Two other front groups that routinely propagate misleading information about vaccine safety are the Immunization Action Coalition (IAC) and Every Child by Two (ECBT). A 2017 analysis in The BMJ showed that—far from being credible and independent sources of information—these outfits, like AAP, receive significant funding from vaccine manufacturers and the CDC, with a third of ECBT’s annual funding coming from the CDC. With industry and CDC funding in hand, these front groups can guarantee vaccine makers’ ability “to influence policy without having to stand on the front lines.”

The pharmaceutical industry advertises in the medical journals that are affiliated with the AAP and other physician organizations. This advertising generates anywhere from a tenth to a third of total revenues. In fact, advertising income not infrequently outpaces revenues earned from subscriptions.

In return for their advertising lucre, the journals published by medical trade groups—such as the AAP’s journal Pediatrics, the American College of Physicians’ Annals of Internal Medicine and the Journal of the American Medical Association (JAMA)—willingly disseminate uncritical and substandard vaccine research. Thus, Pediatrics has published studies since the early 2000s—by authors with blatant conflicts of interest—designed to hide any relationship between thimerosal-containing vaccines and autism. Currently, Pediatrics is also leading the way in browbeating vaccine questioners by drumming up faked concerns about “vaccine hesitancy” and parental noncompliance.

Americans can be critical of physicians who own drug company stock or receive lavish meals or other freebies from the pharmaceutical industry, but the public generally accepts that financial ties of one sort or another are pervasive. On its end, the pharmaceutical industry has considerable expertise in turning physicians into “a cog in their marketing machine.” Thus, encouraged by the AAP and other trade groups, physicians have by and large been willing participants in the U.S. vaccine program. With few exceptions, few doctors are willing to rock the boat, no matter how many vaccines are added to the schedule […]