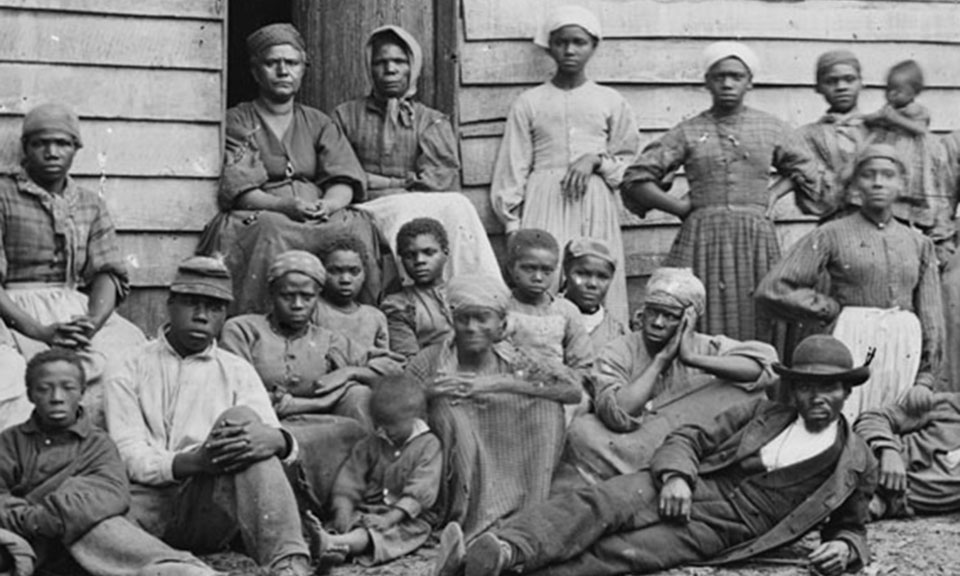 “Enslavement was about the devil’s work of predatory capitalism.” — economist Julianne Malveaux

For the first time in over a decade, on June 19, the House Judiciary Subcommittee on the Constitution, Civil Rights, and Civil Liberties held its first congressional hearing on reparations. Though it’s a discussion that’s taken many forms over the years, the current talk surrounding reparations for the descendants of Black slaves needs to go beyond cash payouts and speak more to the dire need to address the ramifications of the slave trade on Black Americans.

Some context to keep in mind for all this: The enslavement of Black people in the United States officially came to an end only 154 years ago—that’s just a few generations. So much of the wealth of the United States was built on the backs of enslaved Black labor. When this country refuses to give reparations or even consider them, it’s a continuation of the false narrative that systemic racism is a thing of the past which has no bearing on our society today.

As we head into the 2020 presidential elections, issues of wealth inequality and oppression have been pushed to the forefront. According to a variety of polls, the topics voters seem most concerned with are healthcare, the economy, and immigration. In this regard, the issue of reparations is really not an outlier, as the call for them deals with the adverse effects in wealth and prosperity on Black people and their communities.

A number of Democratic presidential hopefuls have come out in support of reparations. Sens. Elizabeth Warren and Kamala Harris have endorsed some form of reparations that address the racial wealth gap. Sen. Cory Booker has proposed commissions to study reparations, like the one outlined in H.R. 40, along with policies to address wealth inequality. Sen. Bernie Sanders has in the past dismissed reparations as merely a paycheck that won’t deal with inequality, but has since come out in support of Congresswoman Jackson Lee‘s bill. As studies continue to show the racial wealth gap widening, candidates and commentators can no longer turn a blind eye to what the realities that discussion of reparations brings to light.

The call for reparations is not a new demand. Nor is the fight against it. On January 16, 1865, as the U.S. Civil War was winding down, Union General William T. Sherman issued his Special Field Order No. 15. It confiscated and redistributed nearly 400,000 acres of land to newly freed Black families in forty-acre segments. In popular culture, we know this decree as “40 acres and a mule.”

A year later, President Andrew Johnson reversed the order and returned the land back to white owners who took a loyalty oath to the nation. There was resistance to this reversal, such as when Union Army general and abolitionist, Rufus Saxton, head of the Freedmen’s Bureau, refused Johnson’s orders. He was later removed by the president from his position.

In the late 19th century, there was a movement to create pensions for former slaves to repay them, even if in a small way, for their years of unpaid labor. Known as “ex-slave pensions,” the concept came about at a time when most newly-freed slaves had no financial resources, stability, or property.

In 1890, Nebraska Republican William Connell introduced the first ex-slave pension bill in Congress, called H.R. 11119. It resembled the military pension system that had been set up for Civil War veterans. Although the ex-slave pension never came to fruition, it proves that there was already a historical acknowledgment that there were years of unpaid Black labor that still went uncompensated.

The Reconstruction era, also known as “Radical Reconstruction,” was the period from 1863 to 1877 that saw a number of gains for the legal rights of Black people in the U.S. The Civil Rights Act of 1866 was the first U.S. federal measure affirming that all citizens are equally protected by the law. The Fourteenth Amendment was adopted during this time. Promulgated in response to the treatment of former slaves, it addressed citizenship rights and equal protection. During this time, great strides were made in enfranchising Black people. It was not to last.

Domestic terrorist groups, such as the Ku Klux Klan, and politicians who aligned themselves with its ideology of racism and white supremacy, used corruption, violence, and terror to undermine the progress made during. Those tactics, coupled with political maneuvering, voter suppression, and the economic depression of 1873 resulted in the effective overthrow of Radical Reconstruction, leaving Black Americans more vulnerable to exploitation and poverty.

Convict leasing, a practice that provided prison labor to private companies and individuals, such as plantation owners and corporations, began targeting African Americans—thus amounting to a new form of slavery. Jim Crow segregation laws, modeled after the Black Codes immediately following the official end of slavery, attacked the newly-won civil rights of Black people, limiting their access to proper education, financial resources, voting, jobs, and more. These laws only came to an end in 1965—a mere 54 years ago.

The maintenance and expansion of the legal oppression and systemic racism that we’ve seen since the official end of slavery have been the work of those in power who want to continue their super-exploitation of Black labor.

The ramification of reparations

Although the specifics of how reparations would be implemented have yet to be thoroughly defined, it should be understood that it goes beyond some one-time cash payout. The recent congressional hearing, where the likes of Sen. Cory Booker, actor Danny Glover, writer Ta-Nehisi Coates, and economist Julianne Malveaux spoke, dealt with the passing of the H.R. 40 bill, which in actuality isn’t even an implementation of reparations, but rather a commission to study the continued effects of slavery and racial discrimination and recommend ways to combat it. Yet, that bill alone has continued to be passed over since it was first introduced by former Congressman John Conyers in 1989.

Why is there such intense opposition to even studying the effects of slavery on our current generation? The answer to that is that our past greatly affects our present, and to acknowledge this would be a condemnation of modern day capitalism […]

via The truth about reparations: They’re a condemnation of U.S. capitalism

1 thought on “The truth about reparations: They’re a condemnation of U.S. capitalism”