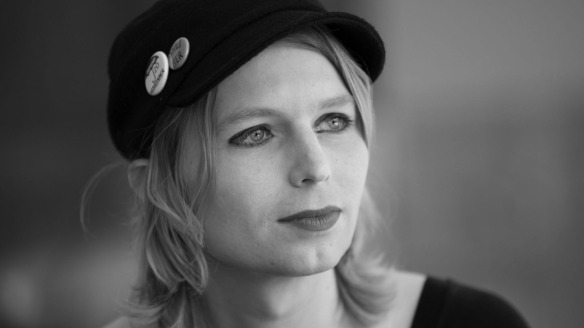 Throughout history, human civilization has been cursed by tyranny. Time and again, power is concentrated in institutions that rule by coercion and force. Humans have suffered through totalitarianism, dictatorships, and fascism repeatedly. Untold suffering and death have occurred.

But such times have always been marked by resistance. Courageous individuals and movements have fought back with a variety of tactics from open revolt to furtive sabotage. The rate of success in overthrowing particular tyrannical institutions has been mixed (though none of them ever last forever anyway of course) but that is not the only way to weigh the value of freedom fighters. Is it not worthy, in and of itself, to strive on behalf of life?

Here in the USA, we are living through a time of increasing tyranny. Certainly, the entire experiment has been tyrannical from the start, given the genocide and slavery that founded the nation, and the brutal militarism that wrought its imperium; however, the last few decades have seen a ramping up of assaults against our individual rights and collective liberties that seriously contradict the idea of a “free country.” Under the auspices of fighting “terror,” the amendments in the Bill of Rights have been getting crossed out like items on a grocery list. Since the ascendancy of Trump to the White House, these trends have accelerated. What was once characterized as “creeping” fascism is now “leaping” and it’s a bipartisan affair. The attacks on leftist journalism since the 2016 election, for example, have been coordinated more by Democrats and their allies than by Republicans. (See my “Cowardly New World: Alternative Media Under Attack by Algorithms.”)

This is definitely a moment when we need resistance. And I mean real resistance, not the faux hashtag Resistance(TM) of Democratic partisans who, had Hillary been the winner, would “be at brunch now.”

On Thursday, May 16th, the famous whistleblower was put in federal prison. Her offense? Refusing to testify before a federal grand jury.

As reported by the Real News Network, she declared to the judge who inflicted the punishment on her: “The government cannot build a prison bad enough, cannot create a system worse than the idea that I would ever change my principles. I’d rather starve to death than to change my opinions in this regard. I mean that quite literally.” When the judge countered with, “There’s nothing dishonorable in discharging your responsibility as a US citizen,” Manning retorted: “I believe this grand jury seeks to undermine the integrity of public discourse with the aim of punishing those who expose any serious, ongoing, and systemic abuses of power by this government.”

That’s called “speaking truth to power,” and in this instance it was not merely symbolic. The consequences of this choice could keep Chelsea behind bars for 18 months.

What’s more, the judge upped the ante monetarily. After 30 days, Chelsea will be fined $500 per day while imprisoned, and after 60, $1000 per day. If she is held for the maximum period, the total would be around half a million dollars. This is not typical. According to a statement from her lawyers: “While coercive financial penalties are commonly assessed against corporate witnesses, which cannot be jailed for contempt, it is less usual to see them used against a human witness.”

Chelsea had previously been jailed for two months for refusing to testify to another federal grand jury, and had been free for just one week on May 16th. She had been released only because the previous grand jury’s term had ended. They are currently limited to a maximum length of 18 months, but this new grand jury is virtually identical and is essentially a continuation of the first […]

Source: Chelsea Manning is Showing Us What Real Resistance Looks Like