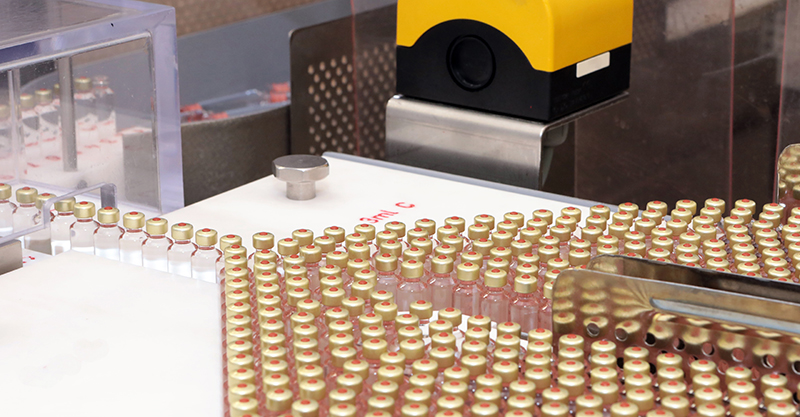 In late February, in testimony on measles for the House Committee on Energy and Commerce, Dr. Anthony Fauci—director of the National Institute for Allergy and Infectious Diseases (NIAID)—admitted with a chuckle that he and most of the Committee members sitting before him had uneventfully experienced measles as children and had recovered completely. These national leaders reaped many benefits by getting measles in childhood—accruing lifelong immunity and protection against cardiovascular disease, among other benefits—but that has not stopped them from fomenting public panic about measles or pushing for more vaccine mandates. This week, the Senate followed up with its own similar hearing. The Health, Education, Labor and Pensions (HELP) Committee said that the hearing’s purpose was to consider “what is driving preventable disease outbreaks,” but rather than examine this question fully or fairly, the event featured a hand-picked line-up of speakers who are—one and all—promoters of a “no ifs, ands or buts” vaccine party line.
Many studies illustrate both types of vaccine failure [primary and secondary] as well as the concerning potential for vaccinated individuals to transmit disease to others.
Congressional hearings on vaccine safety in the early 2000s were more balanced, at least allowing multiple viewpoints to be aired (if not acted upon). Why are current legislators exhibiting so little curiosity and ignoring long-published evidence that infectious diseases “routinely break out in highly vaccinated communities”? Logically, flares of illness in vaccinated groups should prompt some serious questions about vaccine failure, rather than hostile condemnation of the very small proportion of families who, for medical, religious or philosophical reasons, do not comply with one hundred percent of the Centers for Disease Control and Prevention’s (CDC’s) childhood vaccine schedule (currently almost six dozen doses of sixteen vaccines by age 18—and counting). In their fixation to scapegoat and corral unvaccinated individuals, the CDC, the Food and Drug Administration (FDA) and Fauci’s own NIAID are displaying a dangerous indifference to vaccination’s unintended consequences.

Vaccines are supposed to “exploit the immune system’s ability to ‘memorize’ encounters with previously unknown microbes.” As published studies describe, however, this goal often fails or even backfires. In “primary” vaccine failure (estimated to affect at least 2% to 10% of healthy individuals), a vaccinated individual never produces any meaningful antibodies after initial (or booster) vaccination; in the case of “secondary” vaccine failure, protection wanes “after initial effectiveness.”

Many studies illustrate both types of vaccine failure as well as the concerning potential for vaccinated individuals to transmit disease to others. In a 2017 measles outbreak in vaccinated individuals in Israel—reported on by the CDC—all but one patient had laboratory evidence of a “previous immune response” (secondary vaccine failure), and the one patient who did not display such evidence reported nonetheless having received two doses of vaccine (primary vaccine failure). In addition, the index patient—the one who launched the chain of transmission—had received three doses of measles-containing vaccine.
Other recent studies highlight an even more troubling ramification of vaccine failure, which has become more apparent with each successive vaccinated generation: vaccination is increasing the number of susceptible individuals in the population over time.
In a 2011 measles outbreak in New York City, “all cases had prior evidence of measles immunity,” and a twice-vaccinated individual—whose “clinical presentation” was just like natural measles—was shown to have transmitted measles to others.

Other recent studies highlight an even more troubling ramification of vaccine failure, which has become more apparent with each successive vaccinated generation: vaccination is increasing the number of susceptible individuals in the population over time. In 2017, Korean researchers warned that measles susceptibility is increasing in that country because:

Other investigators observing the same patterns are scratching their heads. For example, Australian researchers noted last year that “countries with sustained measles control have now demonstrated that measles-specific…antibodies decline with time since vaccination” and helplessly concluded that the implications are “unclear.”

These phenomena do not apply just to measles vaccination but to many other types of vaccines as well. As described by Children’s Health Defense previously, flu shots, which are notoriously ineffective, are even less useful in individuals who dutifully get their shots every year. This is because repeat vaccination “blunts” the protection while actually increasing susceptibility to other strains of influenza. Flu shots also have been shown to make people more susceptible to other severe respiratory viruses.

A CDC representative made the same point during a 2012 pertussis outbreak in Washington State. Describing pertussis as “a bacterium that’s cyclical in nature,” the CDC spokesman asserted that pertussis outbreaks simply occur “from time to time” and “are probably not the result of the increase in the number of parents choosing not to vaccinate their children.” Ironically, while acknowledging that “even people who are vaccinated may be susceptible to the disease,” the official then fell back on the CDC’s tired mantra: “get vaccinated.”
In MMR-related lawsuits against Merck, former Merck scientists avow that Merck “fraudulently misled the government and omitted, concealed, and adulterated material information regarding the efficacy of its mumps vaccine in violation of the FCA [False Claims Act].”

The topic of vaccine failure is not new, having been discussed since the earliest days of smallpox vaccination—and modern-day descriptions of vaccine failure continue to multiply. There is also growing evidence that vaccine manufacturers have made false claims about their products’ effectiveness. In MMR-related lawsuits against Merck, former Merck scientists avow that Merck “fraudulently misled the government and omitted, concealed, and adulterated material information regarding the efficacy of its mumps vaccine in violation of the FCA [False Claims Act].” According to a report by Huffpost, the company’s “far-ranging” fraudulent activities were designed to help Merck monopolize the mumps vaccine market, even though Merck “expected outbreaks to occur” as a result of its shoddy vaccine. Merck has also been accused of fraud and negligence related to other vaccines [. . .]

5 thoughts on “Failure to Vaccinate or Vaccine Failure: What is Driving Disease Outbreaks?”