View this collection on Medium.com 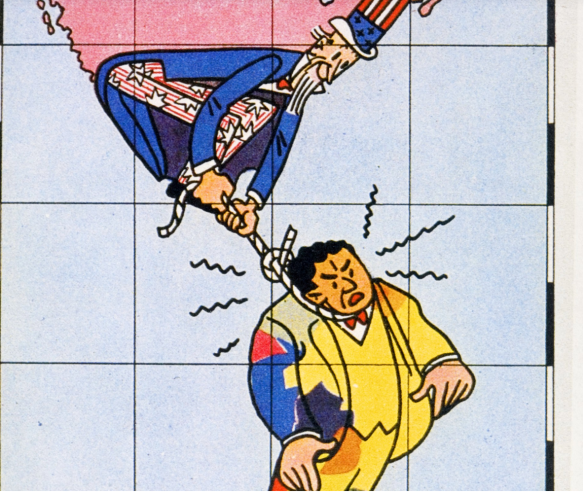 A national spotlight shines on the border between the United States and Mexico, where heartbreaking images of Central American children being separated from their parents and held in cages demonstrate the consequences of the Trump administration’s “zero-tolerance policy” on unauthorized entry into the country, announced in May 2018. Under intense international scrutiny, Trump has now signed an executive order that will keep families detained at the border together, though it is unclear when the more than 2,300 children already separated from their guardians will be returned.

Trump has promised that keeping families together will not prevent his administration from maintaining “strong — very strong — borders,” making it abundantly clear that the crisis of mass detention and deportation at the border and throughout the U.S. is far from over. Meanwhile, Democratic rhetoric of inclusion…

2 thoughts on “A Century of U.S. Intervention Created the Immigration Crisis”