Workers are more assertive than ever, joining the ACFTU (All China Federation of Trade Unions) in growing numbers and increasing their level of strike activity, much of it against transnational corporations and much of it legally unauthorized. This has included at least four nationwide strikes in the last two months over higher wages and labor law violations. 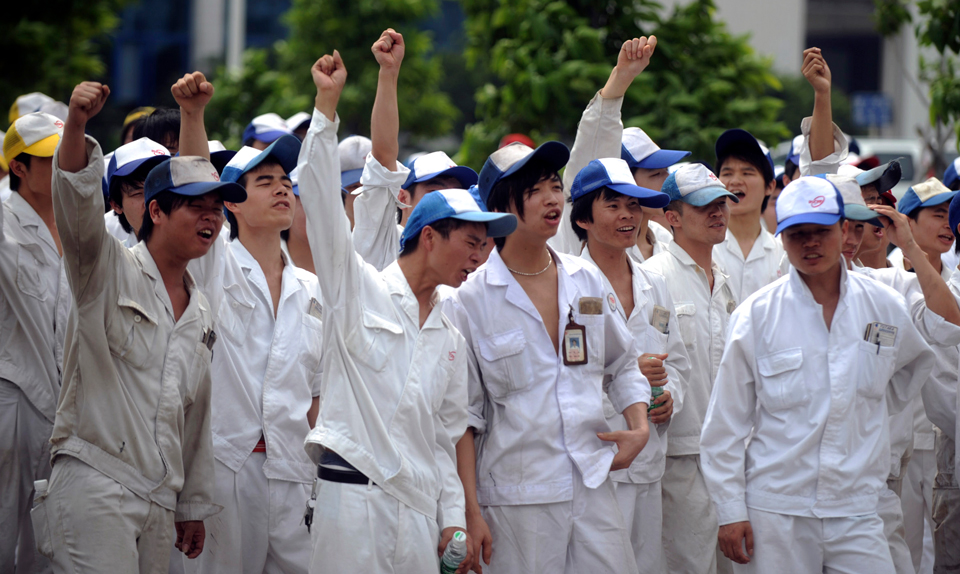 This is Part 2 of a 2-part series based on a conversation with An Jianhua, international Secretary of the All-China Federation of Trade Unions, May 29, 2018. Part 1 can be read here.

BEIJING— It’s been a steep learning curve for Chinese unions these last forty years. The program of economic reforms initiated in 1978 has brought an influx of foreign capital and facilitated the expansion of mass production facilities in special economic zones that cater to international investment. But after 40 years of economic reforms and the government’s pursuit of what it calls a socialist market economy…

2 thoughts on “Times are changing for China’s labor movement”