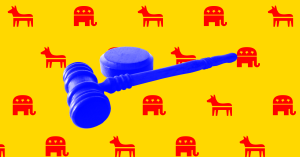 Mad at Google and Facebook? So is Washington State.

The state just filed lawsuits against the two technology giants because of how they have handled political advertisements over the past five years. According to the separate lawsuits, both companies failed to disclose who was buying the political ads displayed on their platforms, which is required by Washington law.

Unlike the rest of the United States, Washington state (and the city of Seattle) law requires the platform displaying political advertisements to show who paid for them. In the rest of the U.S., it’s incumbent upon whoever is paying for the ad has to disclose their name, according to Reuters.

These laws date back to the 1970s, well before today’s digital advertising marketplace was even remotely “a thing.” But based on the way these laws are written, both Facebook and Google might very well count as commercial advertisers. And their secrecy over the political ads they’ve displayed would put them in violation of the law. . .