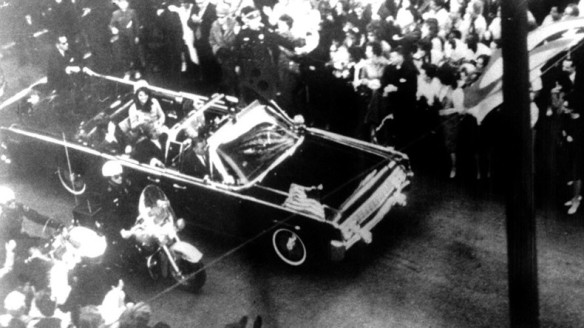 US President John F. Kennedy’s motorcade shortly before his assassination in Dallas. © AFP

WikiLeaks is offering $100,000 for previously unreleased JFK assassination files that show evidence of criminal activity or a bungled investigation.

The whistleblower website made the announcement on Friday, after previously unseen intelligence files regarding the killing of US President John F Kennedy were released by the US National Archives. Some 2,891 new records related to the president’s 1963 shooting in Dallas were available to the public on Thursday. However, a number of files remain under lock and key due to fears they could harm US national security.

Although the US National Archives says the remaining documents will be published on a rolling basis “as soon as possible,” WikiLeaks is encouraging people with access to such files to come forward sooner rather than later. The organization is offering $100,000 to anyone who leaks information about the JFK case.

However, there are stipulations for the reward, which the whistleblower site specified online: “WikiLeaks issues a $100,000 reward for the withheld JFK documents should they show violations of laws, inefficiency, or administrative error.”

US President John F Kennedy died on November 22, 1963, after he was shot while traveling through Dallas in an open-top car. The accused assassin, Lee Harvey Oswald, was himself shot two days after the presidential killing while being escorted from Dallas police headquarters. The events spawned a number of conspiracy theories, forcing the US government to drip-feed intelligence and investigative information to the public in the subsequent years.

The new documents reveal Oswald had been watched by the FBI in the weeks before he is said to have pulled the trigger on Kennedy. The documents also show that the Soviet Union feared the killing was part of a conspiracy lead by “ultra-right” US nationals to spark an all-out war between the two countries, while a British newspaper was tipped off 25 minutes before the incident. . .