If you buy products or services from any of the 50 companies listed below (and you likely do), you are supporting modern American slavery 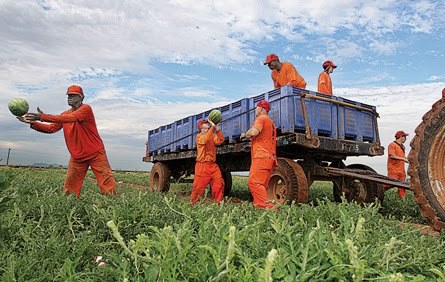 American slavery was technically abolished in 1865, but a loophole in the 13th Amendment has allowed it to continue “as a punishment for crimes” well into the 21st century. Not surprisingly, corporations have lobbied for a broader and broader definition of “crime” in the last 150 years. As a result, there are more (mostly dark-skinned) people performing mandatory, essentially unpaid, hard labor in America today than there were in 1830.

With 5 percent of the world’s population and 25 percent of the world’s prison population, the United States has the largest incarcerated population in the world. No other society in history has imprisoned more of its own citizens. There are half a million more prisoners in the U.S. than in China, which has five times our population. Approximately 1 in 100 adults in America were incarcerated in 2014.  Out of an adult population of 245 million that year, there were 2.4 million people in prison, jail or some form of detention center.

The vast majority – 86 percent – of prisoners have been locked up for non-violent, victimless crimes, many of them drug-related.

While prison labor helps produce goods and services for almost every big business in America, here are a few examples from an article that highlights the epidemic:

Whole Foods – You ever wonder how Whole Foods can afford to keep their prices so low (sarcasm)? Whole Foods’ coffee, chocolate and bananas might be “fair trade,” but the corporation has been offsetting the “high wages” paid to third-world producers with not-so-fair-wages here in America.

The corporation, famous for it’s animal welfare rating system, apparently was not as concerned about the welfare of the human “animals” working for them in Colorado prisons until April of this year.

You know that $12-a-pound tilapia you thought you were buying from “sustainable, American family farms?” It was raised by prisoners in Colorado, who were paid as little as 74 cents a day. And that fancy goat cheese? The goats were raised and milked by prisoners too.

McDonald’s – The world’s most successful fast food franchise purchases a plethora of goods manufactured in prisons, including plastic cutlery, containers, and uniforms. The inmates who sew McDonald’s uniforms make even less money by the hour than the people who wear them. 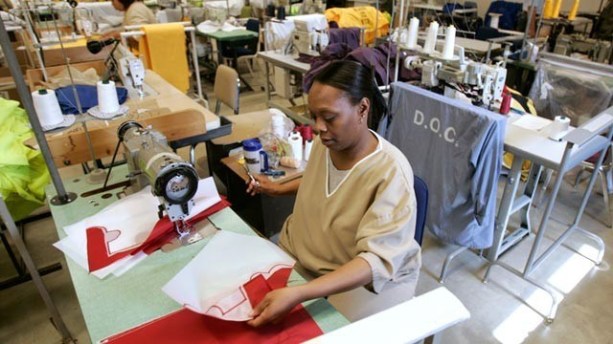 Wal-Mart – Although their company policy clearly states that “forced or prison labor will not be tolerated by Wal-Mart,” basically every item in their store has been supplied by third-party prison labor factories. Wal-Mart purchases its produce from prison farms, where laborers are often subjected to long hours in the blazing heat without adequate food or water.

Victoria’s Secret – Female inmates in South Carolina sew undergarments and casual-wear for the pricey lingerie company. In the late 1990’s, two prisoners were placed in solitary confinement for telling journalists that they were hired to replace “Made in Honduras” garment tags with “Made in USA” tags.

AT&T – In 1993, the massive phone company laid off thousands of telephone operators—all union members—in order to increase their profits. Even though AT&T’s company policy regarding prison labor reads eerily like Wal-Mart’s, they have consistently used inmates to work in their call centers since ’93, barely paying them $2 a day.

BP (British Petroleum) – When BP spilled 4.2 million barrels of oil into the Gulf coast, the company sent a workforce of almost exclusively African-American inmates to clean up the toxic spill while community members, many of whom were out-of-work fisherman, struggled to make ends meet. BP’s decision to use prisoners instead of hiring displaced workers outraged the Gulf community, but the oil company did nothing to reconcile the situation.

While not all prisoners are “forced” to work, most “opt” to because life would be even more miserable if they didn’t, as they have to purchase pretty much everything above the barest necessities (and sometimes those too) with their hard-earned pennies. Some of them have legal fines to pay off and families to support on the outside. Often they come out more indebted than when they went in. . .

Source: How Prison Labor is the New American Slavery and Most of Us Unknowingly Support it