*
*
Ominous news for 60% of American nursing home residents – and the middle aged women who will be saddled with looking after them, in addition to working two jobs and looking after their kids. There’s no question in my mind capitalism would collapse without all the unpaid labor women provide. 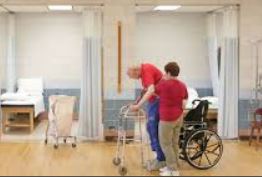 May 04, 2017 “Information Clearing House” –   The American Health Care Act, which squeaked through the House of Representatives on Thursday, is terrible for many Americans in many ways. But what’s gotten almost no attention is the horrendous effect it could have on Americans in nursing homes.

Daniel Webster, a Republican representative from the 11th Congressional District in central Florida, acknowledged this when he announced he would vote for the AHCA.

“I have been very concerned about Florida’s Medicaid-funded nursing home beds,” Webster said. “These are critical to the access some of our senior population has to our nursing homes.”

Webster explained he was only willing to vote yes because President Donald Trump, Vice President Mike Pence and the House of Representatives’ GOP leadership promised that they would find some way to deal with the potential disaster created by the bill. It will now go to…